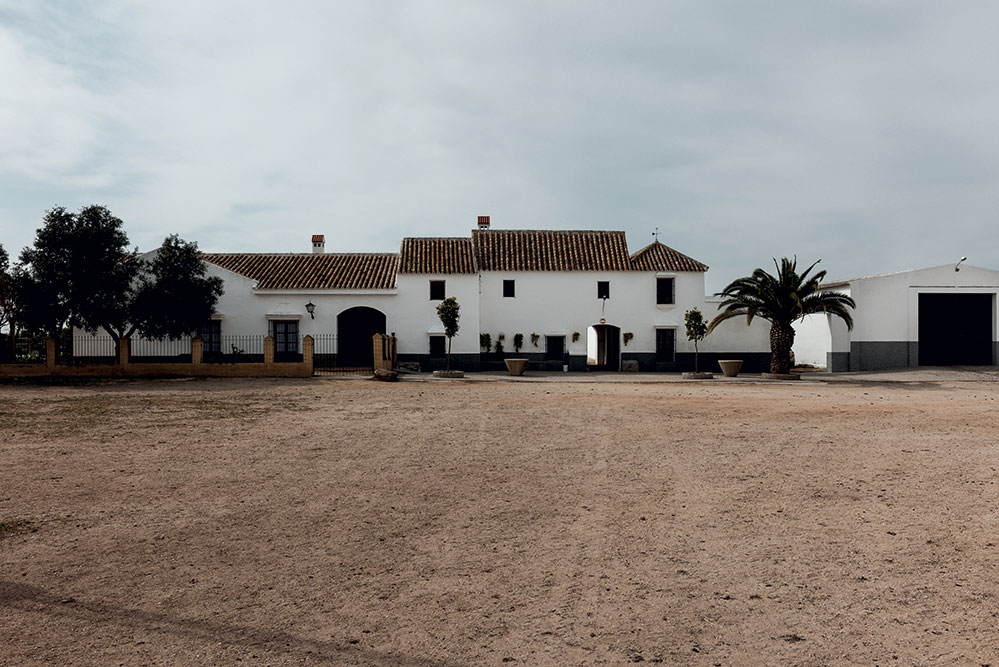 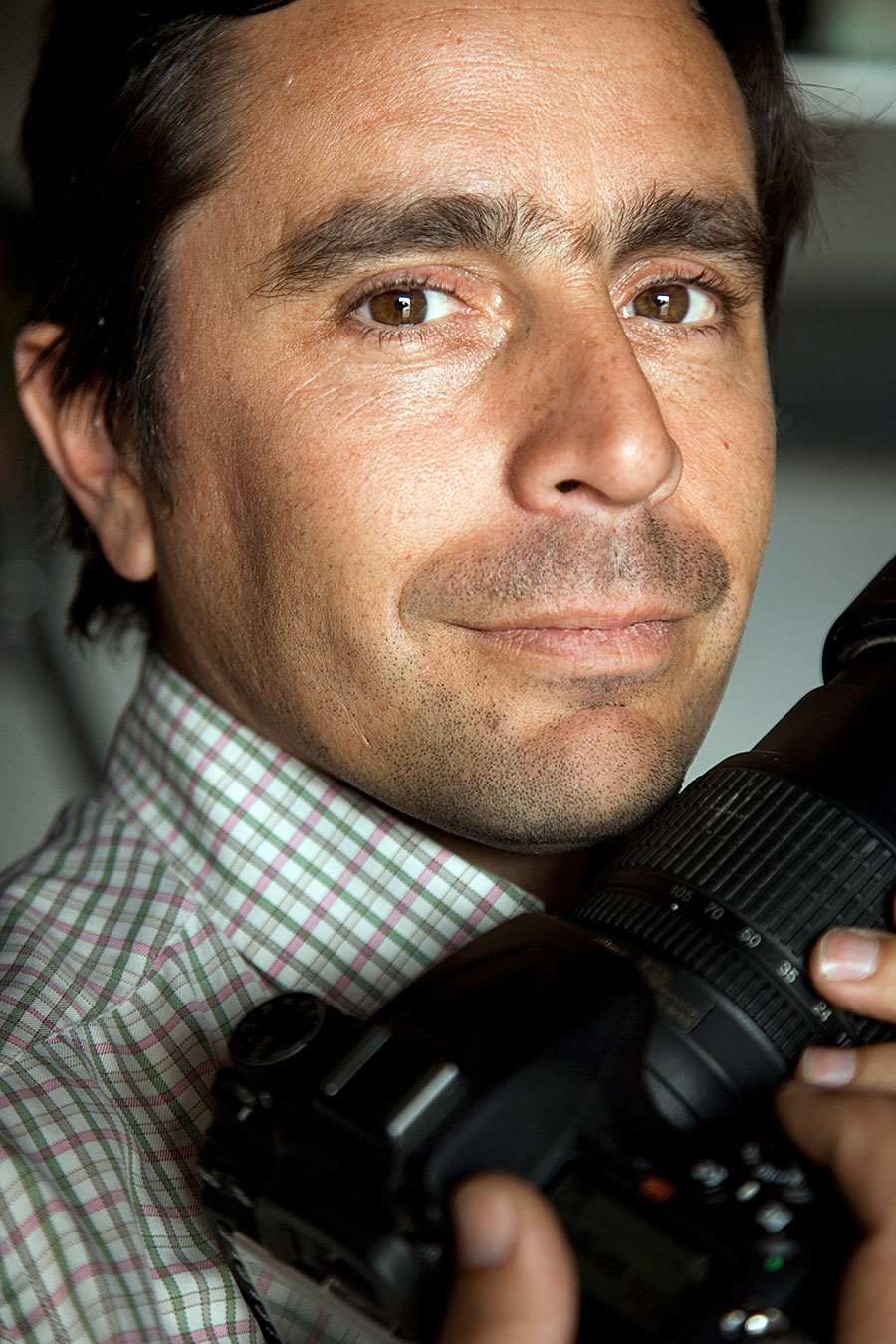 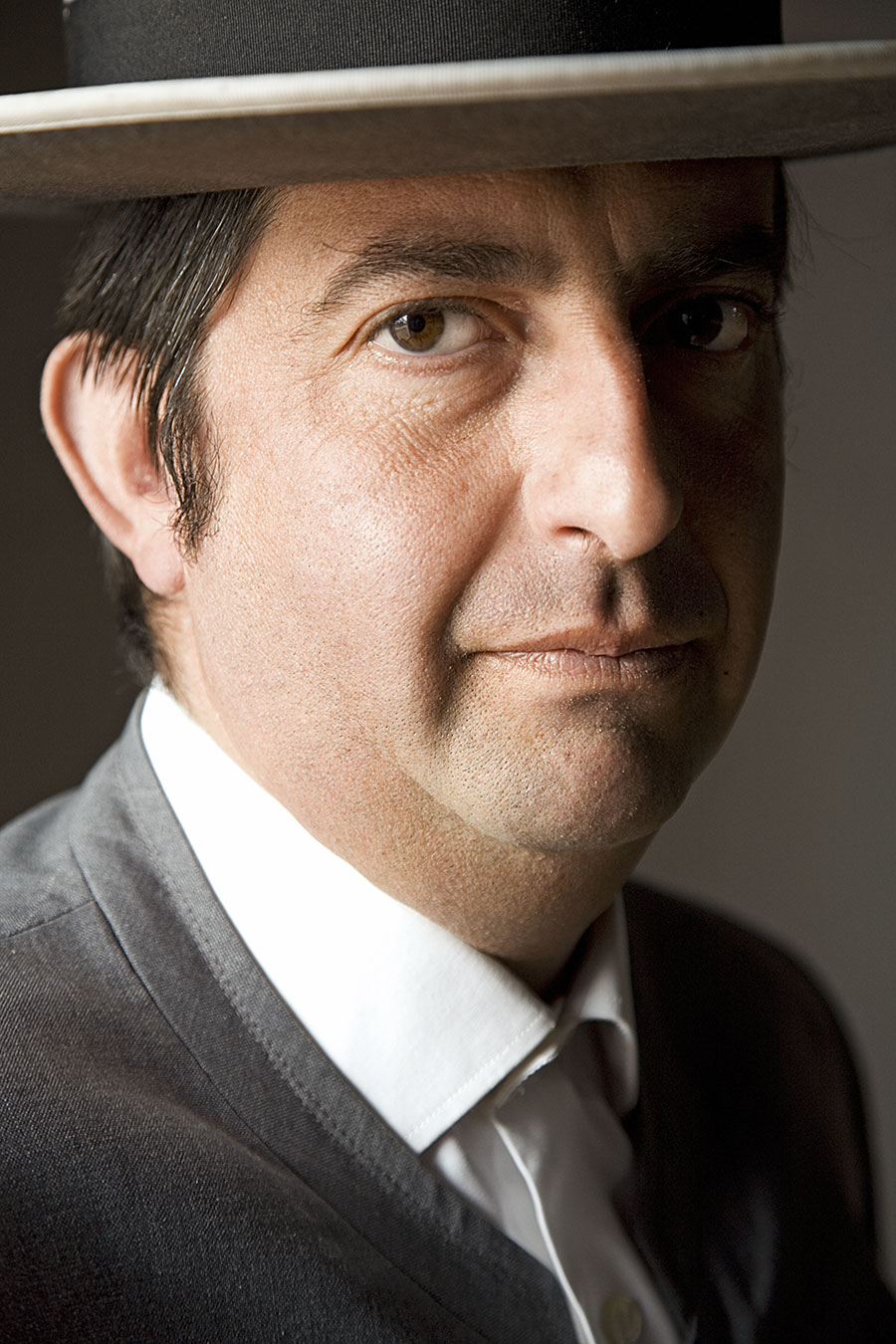 José Luis, a photography aficionado, is the extroverted communicator of the house. Vicente, the rider, is the introverted organizer. José Luis drifts away from the stereotype of the Andalusian breeder of an ancient family: he’s creative. Vicente seems to come out of a Velázquez’ painting of the 18th century. He is a typical Spanish man, both in appearance and gait. The 300 years of documented history of this family is apparent in their PRE horse at coup d’oeil that maintains the baroque shapes of yore. Straight muzzle, considerable height, powerful, both in male and female horses. The horse of the De La Escalera brothers is less aestethic than the horse bred by their cousin Manuel Novales De La Escalera. This branch of the family looks for animal functionality in competitions of classic doma.

Their farm in Fuentes de Andalucia is called Pozo Santo (Holy Well), but water, during summer when temperatures reach 40 degrees, is scarce. Buildings are ancient; it is the location of the original brand. When in 1973 the De La Escalera families separated, the son José Luis kept his father’s lands while the daughter Maria Fernanda joined her husband Novales nearby.

The workforce is limited. The father, his two sons and a couple of trusted employees who have been living with the family for years. The doma is outsourced with collaboration with the Real Maestranza de Caballería in Ronda. These collaborations define the importance of these horses. At SICAB 2013, the horse Curioso JLE has won the classic doma competition. 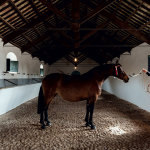 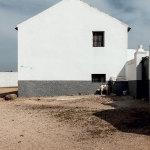 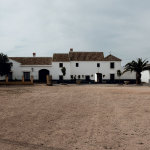 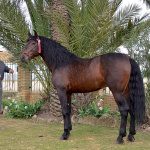 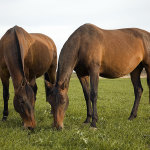 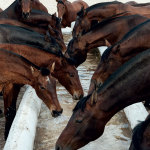 Broodmares drinking at the waterwheel 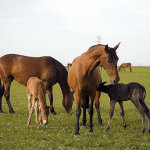 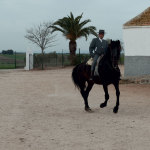 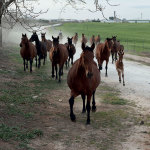 The mayoral Manuel Tirado is a well known individual in the sector, as a result of his 30 years’ experience in presenting the farm’s horses in competitions. Functionality here means perfect movements, therefore a mix between genetic predisposition and breeding. The functional horse is not always the best on a morphological level. In these terms the horses of this branch of the De La Escalera family are higher at the withers (165-170 cm), with chestnut coats (for 300 years) with a notable muzzle and a linear profile. The muscle structure is powerful in both male and female specimens. Matings are done with stallions of the same line, and sometimes external champions. The broodmares seem like twins, foals are all similar to one another. The strength of this line is the coherence of the shape and the chestnut coat. Getting out of the car in Fuentes de Andalucia in July and August is like walking into an oven. The heat doesn’t allow you to waste time gazing at the landscapes. In one of the slowest places in Europe, you must take photos in the shadow. Our interview with the De La Escalera brothers starts this way and continues in the same manner. Calmness. Agitation. Calmness. Agitation. A pattern that ends when finally the horses go out to the pasture, Vicente leaves for a professional training course, even forgetting to say goodbye (he will do it kindly later on) and José Luis opens the photograph album and talks about his passion.