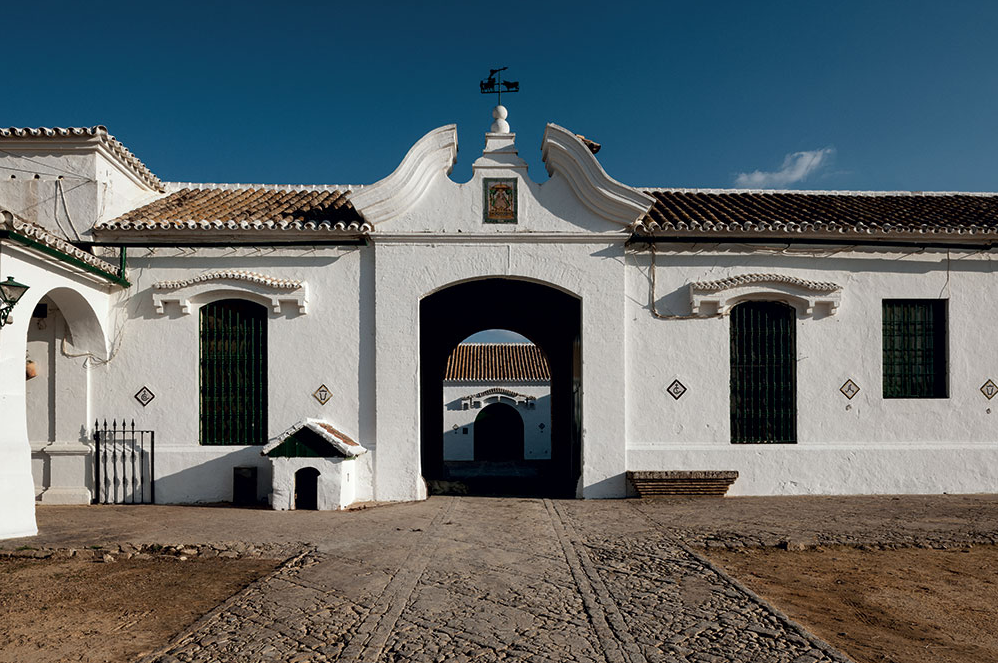 The aristocracy of breeding represented by a relaxed human. 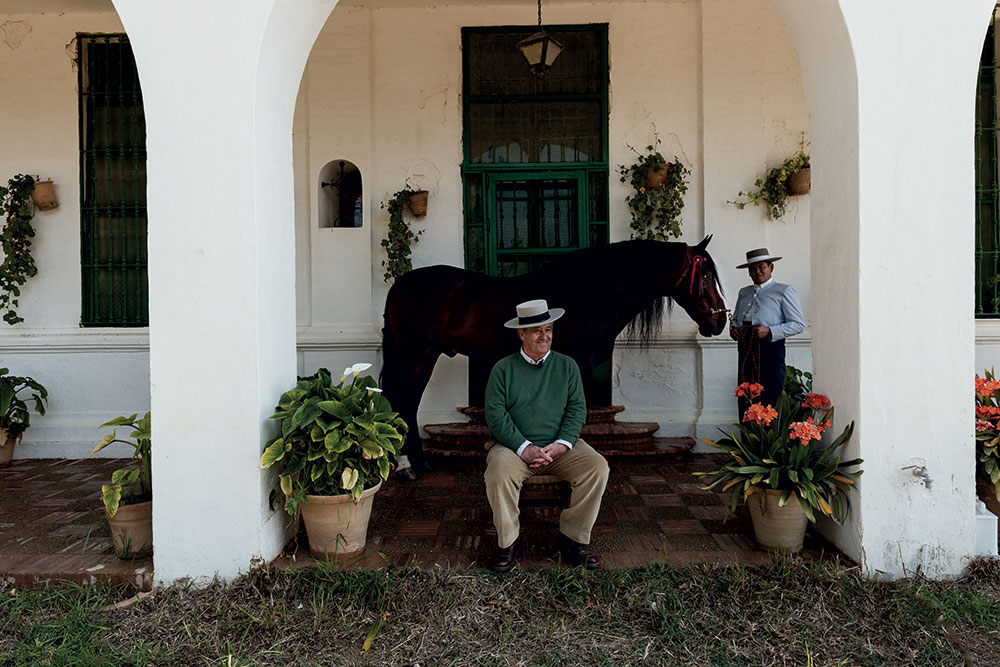 The Guardiola Fantonis are a family of breeders and farmers who own enormous tracts of land where they grow cereals and breed bulls and horses. Cereals have certainly been a central element, but during the interview with Jaime Guardiola, he simply said that the land is good and well irrigated. On the other hand, Guardiola’s eyes lit up when he started talking about his horse stock, truly unique and recognizable, but most of all when he started telling the fascinating story of his perfomances as a torero. The stereotype of these Spanish noble land owners outlines baroque subjects, who are not too prone to hard work and enjoy life surrounded by servants. In reality Guardiola is completely different from the stereotypes. First of all he has known the tragedies of life, losing three brothers in dramatic circumstances. After his law degree he started managing a complex farming and breeding enterprise. Moreover he has also looked bulls in the eye during the corrida. For us foreigners, the story of bulls and bull fights, its epic gestures and the death of the animal, causes mixed feelings of horror and compassion. Frankly it’s an absurd sport and I hope this won’t offend our Spanish friends. We can understand one thing: it is a sport that requires courage, passion and compliance with many rules; it is not for sissies. The bull when seen up close is a scary animal, a bulk of nimble muscles that leave you no way out. Jaime Guardiola is not an aggressive man, au contraire, he is the display of “nobility” and for this reason we forgive him for the sport he loves so much. 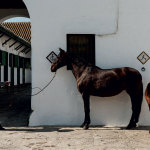 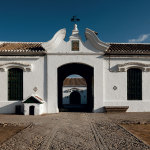 The entrance of the ranch El Pinganillo 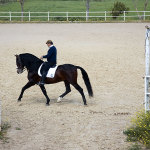 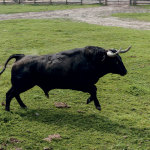 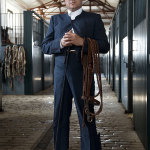 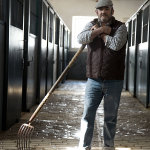 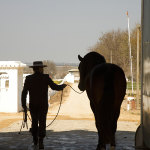 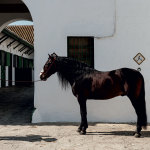 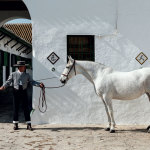 Guardiola’s horses. The most appropriate word we have decided to adopt for Guardiola’s horses is “clean”. They are recognizable in the Spanish line, nothing exceeds between height and shape. Everything appears to be perfectly balanced. Genetics has established  all fundamental tracts, thanks to a carefully looked-after mating process. Buying a Guardiola horse means making provisions for an excellent reproducer, or a strong mother that will give birth to excellent foals. The work. Skills here are kept by a narrow family circle. The historic mayoral of the Guardiola’s Pepe José Ramo has given his place to his son Antonio. The people who work with horses in the classic doma as well as in the doma vaquera were born and brought up a few steps away from the stable. Trying to pick up the tricks of the job is impossible. Here there are no formulas or industrial processes, but only the experiences of many generations that are worth as much as a secret kept in a safe.