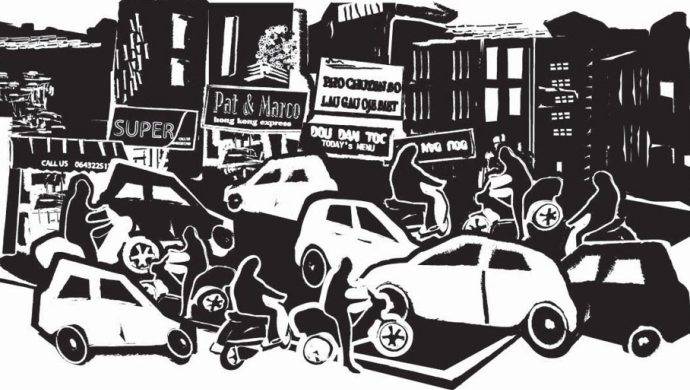 Sustainable development is a pattern of using the natural resources that meet human needs in a way that the environment is preserved; so these resources can meet the needs of future generations as well. 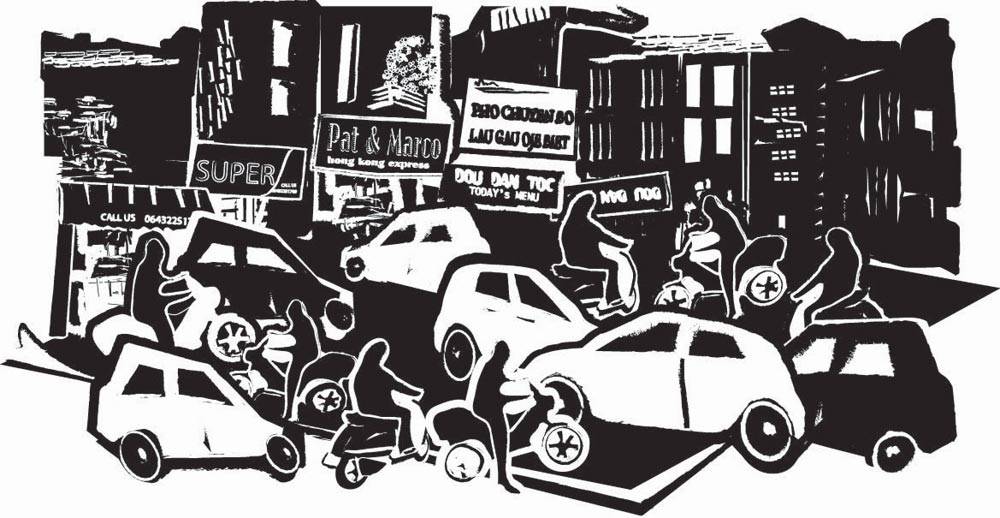 In order to maintain the sufficiency of the natural resources and keep the environment as uncorrupted as possible, they need to be used at a rate which they can be replenished naturally. Public transportation is an effective way to be more “environment friendly” as a 2002 study by the Brookings Institution and the American Enterprise Institute noted that “private vehicles emit about 95 percent more carbon monoxide, 92 percent more volatile organic compounds and about twice as much carbon dioxide and nitrogen oxide than public vehicles for every passenger mile traveled”. For twsm, Sutanto Soehodho, the Chair of Transport Research Group, University of Indonesia and the Deputy Governor of Jakarta for Trade, Industry and Transportation, evaluates the current usage level of public transportation and specifies ways to create attractive transit systems that will shift people from automobiles to public transport vehicles.

DECLINE OF PUBLIC TRANSPORTATION
There have been records on decline of public transit use in many cities in the world, especially cities in developing countries. Such decline may be caused by poor service or emergence of more promising private modes. City to city may have different approach to their urban transport plan, but in some cases we may see that there is some kind of lack of leadership in urban transport development itself. Poor design and inconsistencies of land-use planning is not uncommonly destructing the basic concept of mobility and accessibility of transportation for urban systems. These urban sprawls eventually coerce trip makers to make their own choice of travelling, and again their choice becomes individual choice on the ground of their socio-economic background. There are some cities like Hanoi, Ho Chi Min, Jakarta, and others grow even with adverse phenomenon like explosive use of two-wheelers or motorbikes. This phenomenon may come up like best solution for disaggregate traffic, but at aggregate level it creates some disadvantages like traffic accidents and environmental issues. In cities, in developed countries, like North America patronage of public transport is also different from state to state wherein urban transport policy plays important role to determine use of public transport. Through out many cities’ experiences in public transportation it is obvious that not only sound planning and operation schemes would give rise to use of public transportation but also strong political will of local government as well as central government will. Leadership in undertaking such political will is then another issue for city or urban planners to convince city mayors, governors or other city or country leaders to pursue. This leadership issue is not overshooting when sustainable urban transport is to be secured since transport issues are complex and intervening other social and economic sectors and even environment. Strong political will of New Delhi government to enforce use of gas instead of gasoline for public transport has imposed developing city like Delhi as city with clean air. Strong political will of Bogota city mayor urged the development of BRT has made dramatic change of public transport use and city life style.

A CASE OF URBAN PUBLIC TRANSPORT IMPORTANCE
To comprehend further role of public transportation, a case can be made when we look at urban mobility of any city. For last two decades Jakarta has experienced poor urban transport performance due to lack of public port performance and road infrastructure development. Growth of vehicles is 10% per annum while road infrastructure only grows 0.01% per annum, so there is imbalance between transport demand and supply. Composition of vehicle population is 98% of private and 2% of public, this figure is contrast when split of trip makers is overviewed. With more than 17 million trips per day, about 56% of those trips are captive to public transport, and the rest captive to private vehicles. 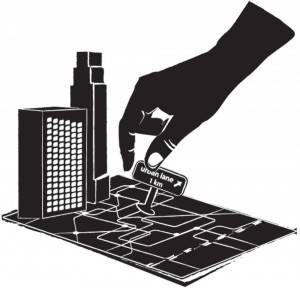 INTELLIGENT MANNERS IN OPERATION PLANNING
There is no other way of increasing patronage of public transport unless we can make it safe, comfortable and affordable in such a way it becomes more competitive to its private vehicle counterpart. Common transit-operation planning process would cover four activities; route network design, timetable setting, vehicle scheduling, and crew scheduling.

TRANSIT ACCEPTANCE PERSPECTIVES
Any kind of transit service should have standards. Relaxation of standards level sometimes has to be made to answer different class of ridership in such a way so it may reach wider acceptance among stakeholders. The decline in transit ridership is the impact of two main factors: 1) poor level-of-service, and 2) better competitors. For example in Jakarta, more investment is given to new arterial roads, bridges, toll roads to serve automobile, whereas the investment in transit enhancement and development is relatively much lower. On one hand, there is no need to promote transit service in a free market situation; on the other hand, transit has the cheapest land transportation, and it can relieve some traffic congestion, as well as help preserve the environment. In order to create intelligent public transport or transit system, acceptance and viability of the systems should answer two different perspectives, namely passenger and the agency or operator.

PASSENGER’S PERSPECTIVE
As we look at the transit market and its chance to capture ridership then indeed we consider the viability of transit market. There are three cases when passengers will use transit service: 1) when there is no alternative so it is captive situation, 2) when service offers more comfort than automobile, and 3) when service offered is acceptable.

OPERATOR’S PERSPECTIVE
How operators look at the acceptance or viability of transit system is mainly related to their revenue, cost and profit.

OPERATING MULTI-STAKEHOLDER TRANSIT SYSTEM (MSTS)
So far we have been discussing public transit operation in the context of user and operator perspectives. As we realize that transit operation is multi-facet, and indeed multi-stakeholders too, it is important to materialize the concept of multi-stakeholder transit system in operation. One of the challenges to develop intelligent public transport is how to materialize the multi-stakeholder concept. Regulator: it can be the authority (local or central government) which is responsible for monitoring system performance according to the determined or decided indicators in a way to maintain user’s satisfaction. User: it can be captive or variable passenger agent that plans the trip according to passenger preferences, and based on real-time information available from road segment agents (deciding travel time), and vehicle agents (deciding routes and dwell times). Operator: it may comprise of road, vehicle and agency agent with different activities in operation. Road agent may reside physically, as part of the road infrastructure (e.g., traffic light control), or virtually, as part of multi-stakeholder software system. It is expected that if MSTS could be materialized in operation and undertaken through optimal operation planning, then MSTS becomes the future intelligent public transport able to compete with its private vehicle counterpart.

FAILURE IN DEVELOPING INTELLIGENT PUBLIC TRANSPORT
Transport sector in many cities and countries has been cursed as notorious sector for its energy inefficiency and air pollution due to its emission. This sector consumes oil energy which is non-renewable even more as compared to other oil consuming sector like industrial sector in many cities and countries. These adverse impacts may, in some extent, keep expanding in the light of the fact that most cities and countries in the world have become more industrialized. The fundamental question then, now are we going to stick with our private vehicles or shift to public transport? But surely we still believe that modal choice in transport system is the ultimate independency of trip makers. So there is no other way of rescuing the earth from extensive use of non-renewable fossil energy and greater emission of transport sector unless we are able to build intelligent public transport, or even to materialize the MSTS.

Take Benefit Out of the Crisis

The Failure of EOM