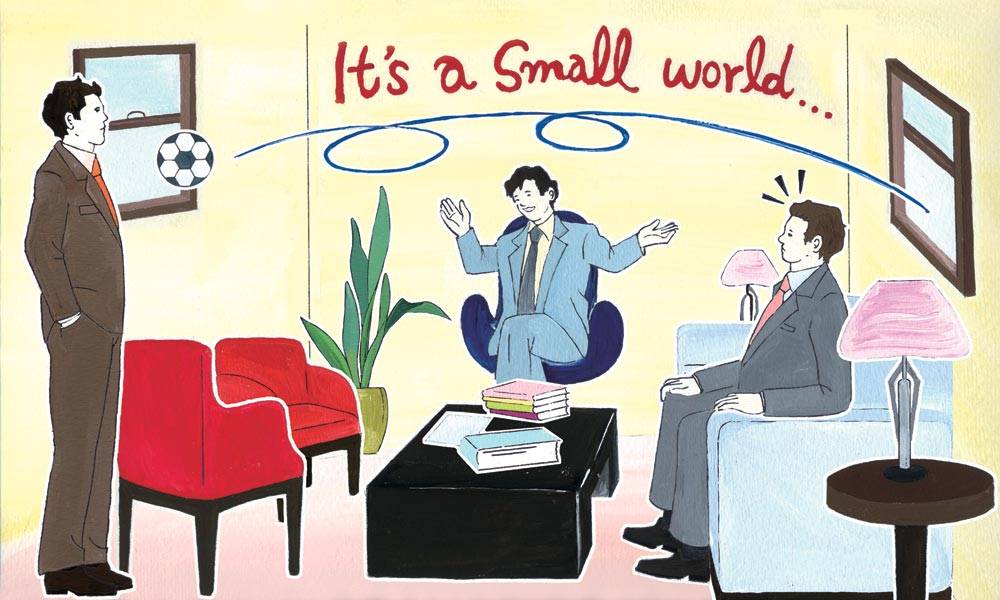 Social media: some are simple ‘after work’ activities such as soccer clubs, others are similar to English clubs for gentlemen only: it is difficult to get into such clubs and once you are a member, maintaining constant rigor is necessary.

The truthfulness of information should be mediated by users through their own ‘right thinking’. Truth and counter-information can be found: maybe this is also why social networks irritate regimes so much. After working as an investment banker for 20 years, I started to think of online opportunities in 1998. To me, the Internet immediately presented incredible opportunities to harvest and aggregate the human mind and behavior.

A NEW KIND OF SOCIAL NETWORK
For many years I had known the existence of a global community of people who connect and continuously gravitate towards each other. This after having lived in and travelled to many places across the globe, running into the same people over and over again, looking for the same things. I identified this community and gave it a name (aSmallWorld), the tools to connect and reconnect and to exchange trusted information. What I noticed was that the members of this existing community have a strong need for privacy and private peer-to-peer information. It became obvious to me that there was a real need for an ‘oasis of intimacy’ on the Internet, with trusted, relevant and objective information. The Internet and social networks in particular have been plagued by information overload and filled with commercial bias.

THE INSPIRATION OF ASMALLWORLD
I launched aSmallWorld (ASW) in March 2004 and was one of the very first pioneers in this space. At the time Facebook was just launching in the USA. ASW allows people with common interests and mutual circles of friends to interact with one another.  Unlike other social networks, ASW aggregates an existing community of people that are already highly connected. ASW had a dramatic initial success as it hit a sweet spot among hundreds of thousands of people who needed a trusted place to connect and exchange information. Platforms like Facebook, MySpace, LinkedIn and Hi5 have received most of the attention. Here, members can maximize quantity, but not necessarily the quality, of interaction. The thought of connecting to the entire universe can be fun, but the risk is that the noise of too many people can easily drown the signal of relevant information. That is particularly true in this new age when time is becoming increasingly precious. I have always striven to follow a different approach: to have a code of civilized behavior emulating the real world, capture real-life relationships between people, not random contacts. We highlight relevant and genuine content devoid of commercial bias, enabling people to gain valuable insights and knowledge from each other. The notion of capturing the ‘collective intelligence’ of the local expertise within this group is compelling. I realized ten years ago that an Internet platform would be ideal for this purpose. Meanwhile, the Internet has its own issues, being rife with information overload, commercial bias, random behavior, and anonymous people. I read Malcom Gladwell’s The Tipping Point back in 2002 and it became a great inspiration. The whole notion of connecting the ‘Connectors’ and ‘Mavens’ referred to in this book is the essence of a successful social network, particularly on a global scale. Connectors ‘know everyone’ and facilitate bonding between large numbers of individuals. Mavens are local experts on vital information that others need.  To me, it is very exciting to be able to ‘unlock’ the vast potential in the equation of demand and supply of trusted info.

DIFFERENT SOCIAL NETWORKS
Social networks have different purposes. One is to provide the opportunity to connect with everyone on the planet. Another is to create an environment just as in real life where you select the people you want to communicate and engage with and receive information that is truthful, objective interesting and relevant. Private English member clubs follow the idea of having a home away from home.  Social networks can adopt the same notion. People don’t let everybody into their homes, private dinners or wedding parties. It is more compelling for real friends to exchange valuable advice and entertaining information on just about anything, if there is a perceived oasis of intimacy. 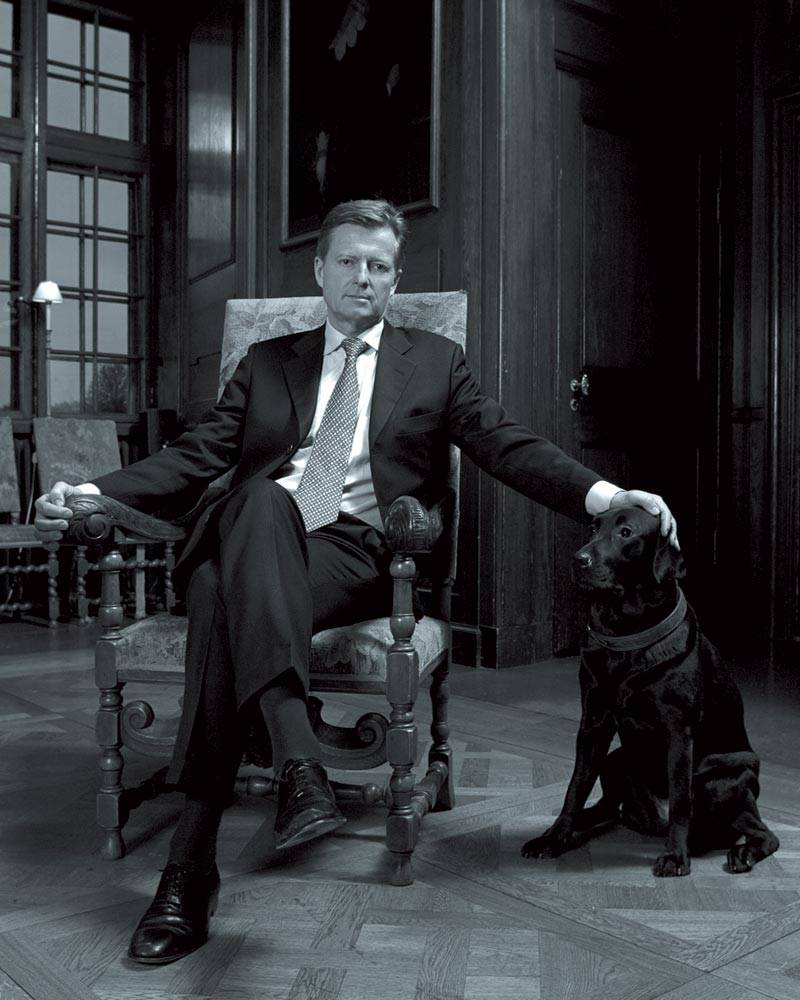 WHAT CONSUMERS WANT
There is no question that the Modus Operandi of almost every social network is to capture an audience as well as capture vive user-generated information that comes with it. Sooner or later the bills need to be paid and shareholders need a return. Revenue models typically include a free model with premium services, different types of advertising models, and e-commerce. Consumers of online media ultimately determine the successful models by their activity on the websites in question. It all comes back to what consumers want for their investment in time and information sharing online. They want information that is genuine and truthful. In my opinion they can best get this in an environment that resembles real life and where the chaotic forces of the WWW are tamed and where the information is filtered and curated. I anticipateddifferent forces that would later create a dilemma for social media publishers. One of the ultimate goals of consumers of online information is to be entertained and also enlightened and better informed about what is of particular interest to them. At the same time there are the goals of those who wish to promote products, services and brands, often under the radar of what is obviously publicity. In traditional media there are rules that govern what is editorial and objective, and what is a sponsored message. This boundary is sometimes blurred with product placement, branded entertainment and ‘objective’ statements by well known personalities. In social media, people have the opportunity to promote one another and each other and it can be a bit tricky to sift out what is genuinely objective information. Yet there are great tools that we can apply where the most “trusted” people rise above the rest or where promoters are weeded out if they get too aggressive. Filtering genuine and relevant content is an important and delicate task for any social networking community that wants to preserve integrity to its online forums and communication between its participants.

TRUTH AND INTERNET
I will end with a quote from the Father of the Internet, Vinton G. Cerf: “Truth is a powerful solvent. Stone walls melt before its relentless might. The Internet is one of the most powerful agents of freedom. It exposes truth to those who wish to see it. It is no wonder that some governments and organizations fear the Internet and its ability to make the truth known. But the power of the Internet is like a two-edged sword. It can also deliver misinformation and uncorroborated opinion with equal ease. The thoughtful and the thoughtless co-exist side by side in the Internet’s electronic universe. What’s to be done? There are no electronic filters that separate truth from fiction. No cognitive ‘V-chip’ to sort the gold from the lead. We have but one tool to apply: critical thinking. This truth applies as well to all other communication media, not only the Internet. Perhaps the World Wide Web merely forces us to see this more clearly than other media. The stark juxtaposition of valuable and valueless content sets one to thinking. Here is an opportunity to educate us all. We truly must think about what we see and hear. We must evaluate and select. We must choose our guides.”

• facebook.com keeping up with friends, upload an unlimited number of photos and share links and videos.
• netlog.com keeping in touch with and extend their social network. Netlog is currently available in 20 languages.
• hi5.com available in over 50 languages. Popular in India, Portugal, Mongolia, Thailand, Romania, Jamaica, Central Africa and Latin America.
• linkedin.com is a network of experienced professionals. representing 150 industries in 200 countries.
• pbnworks.com has  the purpose of networking and enhancing member businesses (200 countries / 60 million member).
• tagged.com third largest social network in the US, and 80 million members worldwide.
• twitter.com is a real-time information network powered by people all around the world.
• viadeo.com used to find clients, suppliers, business partners, jobs and employees.
• xing.com is the global business network with over 8 million business professionals.

The Workplace of the Future