The Tradition of the Opera in Italy

From the land of great opera composers to the country of talented opera singers, coming from Asia and particularly Korea, Italy has become a real “promised land” for Korean music students. However, their professional success is often waiting for them in their own homeland. 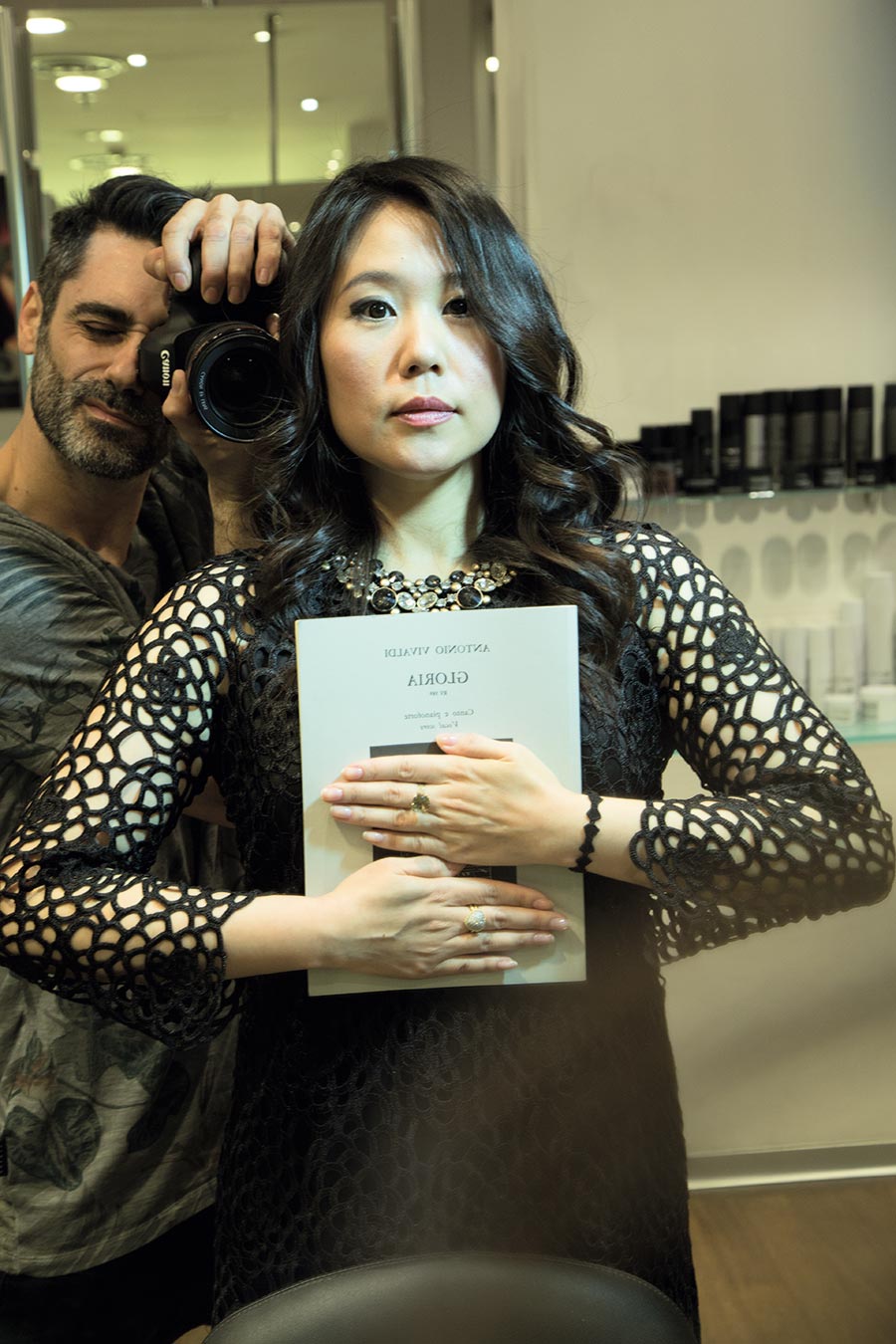 Italy has always been the homeland of great artists, inventors, scientists and musicians. Without any doubt one of the most appreciated expressions of Italian culture abroad is music, and especially opera, with famous masterpieces by Giuseppe Verdi, Giacomo Puccini, Antonio Vivaldi and Gaetano Donizetti. A world beloved by Asian people and particularly by Koreans who consider the country a myth, and Milan the cradle of opera music because of the presence of Teatro alla Scala. In recent years it has been noticed that a growing number of singers have come from all parts of Korea to learn the secrets of opera.

That’s why the city of Milan is full of stories of young and determined Koreans chasing the dream of performing on the international stage.

Strolling through Milan, and especially near the two main music schools, the “Verdi” conservatory and the civic music school,  which are not far from the heart of the city, it’s not difficult to chance upon groups of Korean music students living in the same buildings, attending the same courses and sharing the same experience.

A very different scene from that of 20 years ago when the Koreans who decided to leave their country to come to study opera singing in a place so distant and unknown, such as Italy, were very few. “The numbers of Korean people who choose to study opera are becoming greater and greater today compared to Italians,” says Maria Silvana Pavan, Italian pianist and music teacher for lyrical singers with international careers. “One of the main reasons is that the crisis of the last years which affected our country has reduced the number of people who can afford this kind of study and this artistic career. While Korean people are looking even more to this charming career, bringing at the same time a considerable benefit to Italy and especially to the city of Milan where they live and study. They attend schools of Italian language and they often live in the same buildings, sharing experiences of life and of study. The result is that today in Milan we have some Korean communities who are here for the same purpose: studying opera and transforming their passion into a job.”

“Italy has always held a great attraction for Korean people. The current students enrolled at the conservatory represent the third or forth generation. They like above all the opera language and, as they are young, they become fond of Italian opera. Music is a universal language and through singing they can express their feelings; an unusual thing in their culture,”  adds Daniela Uccello, opera singing teacher at the Milan conservatory and artistic director of opera singing at the Voice Academy of San Marino. 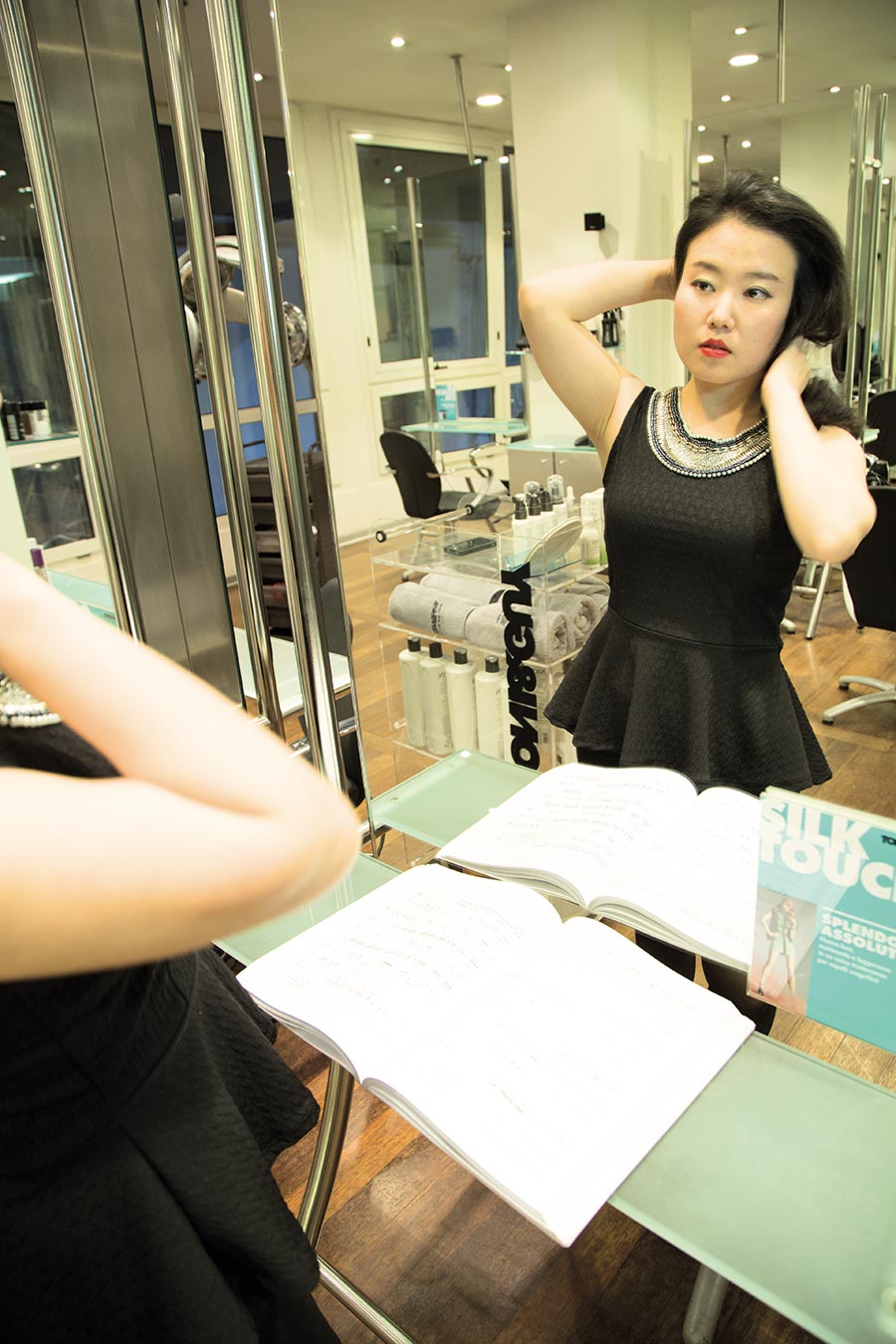 Jiyeong Son is posing in front of the mirror at the Tony&Guy hair salon, in Milan. Photos by Max Di Vincenzo, Milan, Italy

The Korean soprano Joo Cho was a real “pioneer”, being one of the first Korean singers to come to Italy for the purpose of studying opera. When she arrived in Milan in 1998, she had just finished university in Korea.

“After my university studies in medicine I felt that my real vocation was to sing, so I decided to come to Italy and enter the conservatory of Milan. In Korea, coming to Italy to study music is a tradition that is transmitted from generation to generation,” says Cho who, having completed her sudies in opera singing and vocal chamber music, taught for three years at the civic music school of Milan. Now she is a professional opera singer performing in concerts all over Europe, and she still lives in Milan. “In Korea people are surrounded by music: children are taught to sing during religious ceremonies, at school we have many courses of music and there are specialized high schools for people interested in continuing to learn music. That’s one of the main differences between Korea and Italy, which helps to explain why in the conservatory there are no Italian students and many Koreans.”

Following Cho’s experience, there are still many case histories of Korean students who decided to follow their passions and chase their dream of working as opera singers outside their nation. The first step for almost all of them has been studying first in their motherland and then coming to Italy, and obviously Milan, because of the famous opera tradition. One of them is Lee Doo Young, a 34-year-old singer who came to Milan to study opera singing and vocal music with piano. “I have been studying in Italy for more than 7 years and I chose Milan thanks to a friend’s suggestion. I found that Italy has a very deep culture of opera singing and this was the main reason why I wanted to study here.”

“My first Italian teacher, an 84-year-old man, gave me the Italian name of Lucia when I studied after winning an opera-singing contest in my city, Daegu. He had lots of Korean students and he couldn’t remember our foreign names. This happens to many young Koreans who come to study opera in Italy, like me,” explains Jiyeong Son, a 28-year-old soprano. “To come to Italy is the natural choice for those who really want to specialize in opera,” says the young baritone Matteo Jin, who has been studying singing in Italy since 2007: “If you want to become a professional opera singer you have to come to Italy, the country where in 1600 opera was born. It’s the same as people who want to learn how to prepare extraordinary sushi have to go to Japan.”

Real life is not made only of dreams, and the way to success for Korean singers who complete their studies is a long road that doesn’t always lead to fame and fortune. Most of them come back to Korea and become opera teachers in schools, but for those who decide to start a career in Italy or other European countries there are some obstacles. “The success of Korean singers depends above all on the repertory they choose to perform. In general, men who are tenors and baritones encounter less difficulty in becoming successful, but in my experience Koreans perform better in contests rather than at theatre,”  affirms Andrea De Amici, partner at the agency InArt with long experience of working with young talents. “Koreans are very professional, less emotional at singing, and they generally have a constant efficiency in performance, but it’s not easy for them to have a successful career in Europe. I would say that half of opera singers from Korea find a job after their studies. This is because some European theatres have difficulties in hiring Koreans for traditionally Western plays. So they have more chances of success if they are singers who have a repertory very different from their competitors, especially in Italy.” 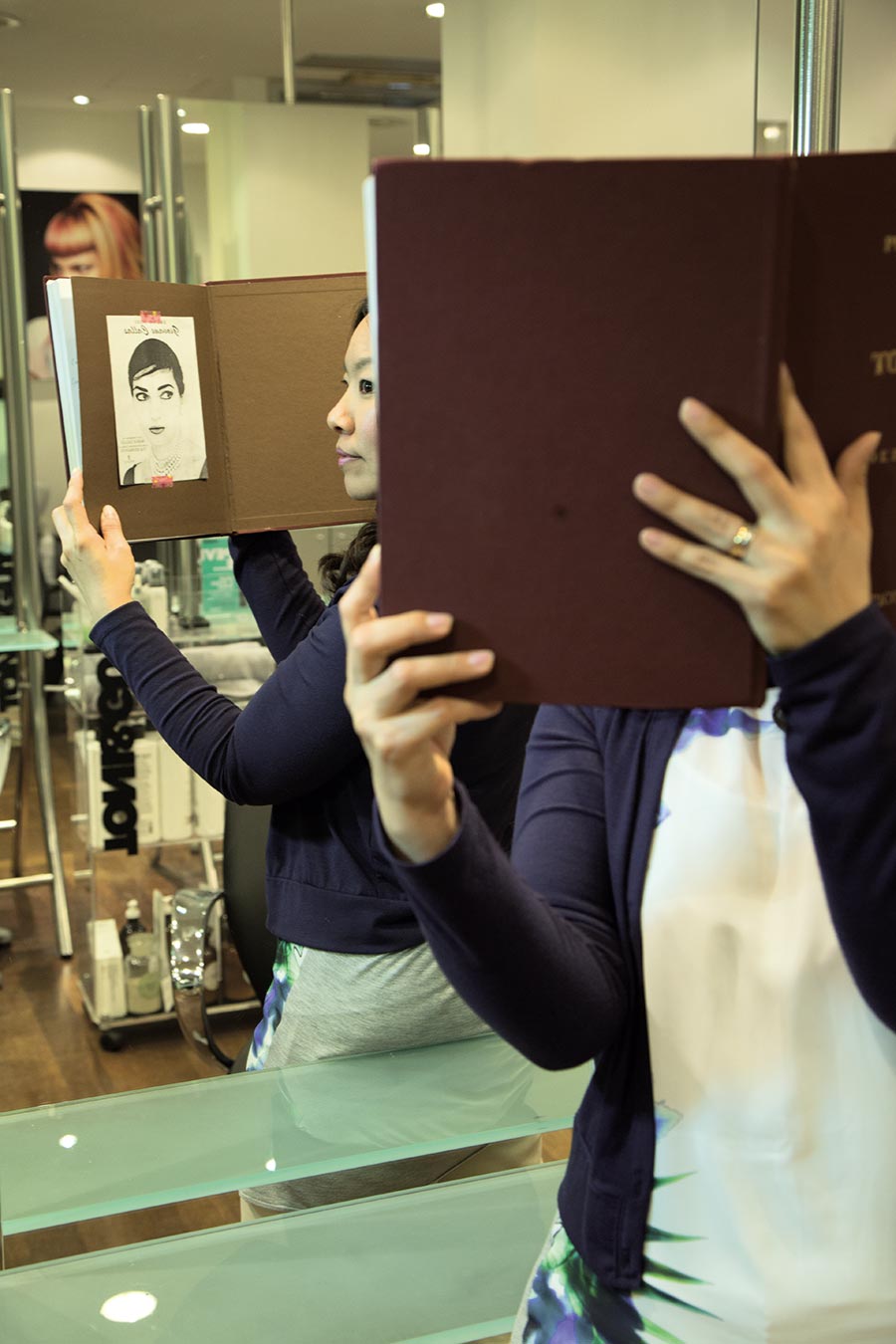 Photos. The images of Moon Jin Kim, Jiyeong Son and Injae Lee were taken by Max Di Vincenzo for the series “Experiences and Image” in the San Babila’s Tony&Guy salon in Milan. They reflect the experience of many Koreans who choose to study opera singing in Italy. A life and study experience putting together the cultural and historical status of the country, with the fast modernity characterized by fashion and design.