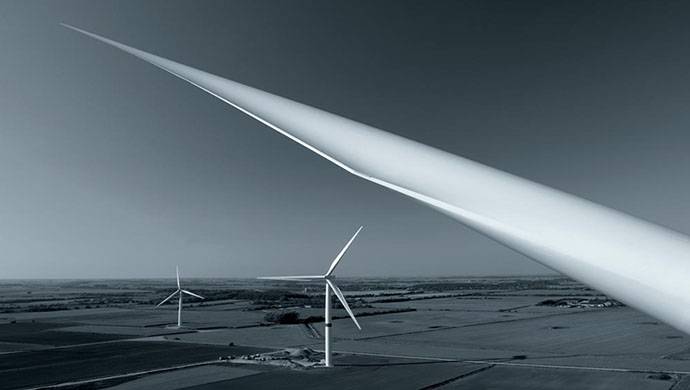 Most of the buzz in Washington these days is around the new energy initiatives, and particularly, the laying down of the national smart grid-using state of the art Internet technologies. The idea is to take electricity generated from centralized wind and solar parks in the west and send them across digitalized smart grids to eastern cities. President Obama has made repeated references to this in the past several weeks. 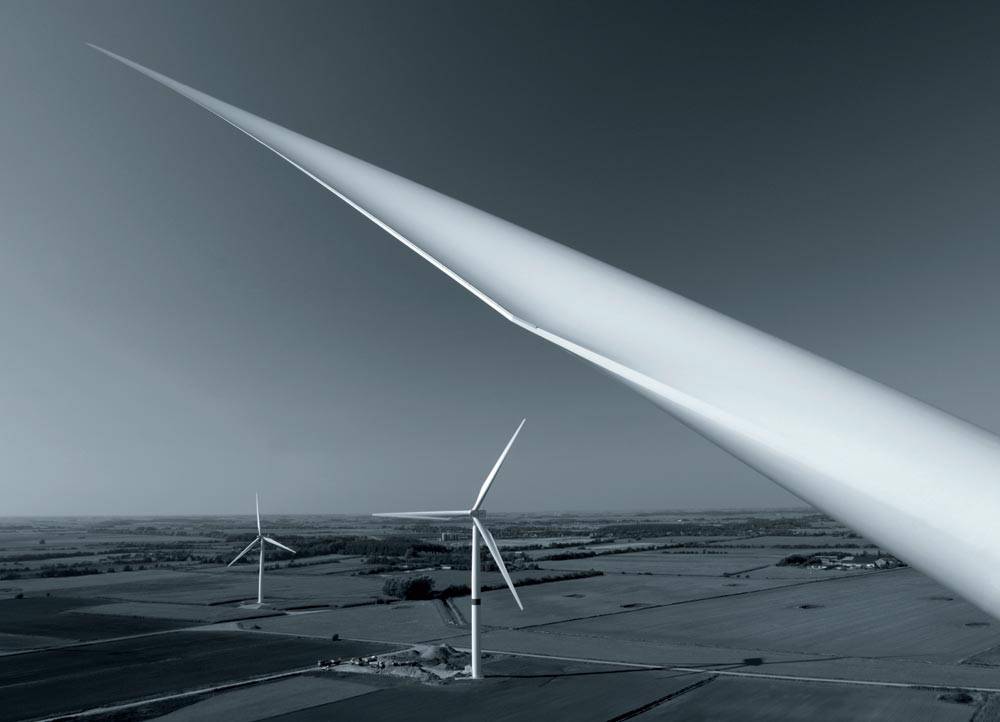 Center of Excellence for wind energy in Germany: Repowering Project Brader up in the northwest of Schleswig-Holstein

Unfortunately, the Obama administration’s plan is 20th Century top-down business thinking that limits the vast economic potential of marrying the distributed ICT revolution with a distributed renewable energy revolution. We now have the technological possibility to produce our own energy-solar, wind, geothermal, biomass, hydro, tidal-in our homes, offices and factories and share it with each other in a distributed fashion across a continental inter-grid just like we now produce our own information on our personal computers and share it across the Internet. We are on the cusp of a Third Industrial Revolution that will bring us into a new era of Distributed Capitalism. By drawing together four coequal industrial pillars – renewable energy, engineering and construction, hydrogen storage and a distributed electrical grid and plug-in vehicles – this Third Industrial Revolution promises to change our relationship to energy as significantly as the first and second industrial revolutions in the 19th and 20th centuries. To meet President Obama’s goal of truly productive investment in job creation and future growth, a comprehensive energy plan must go beyond siloed projects conceived under a 20th-century infrastructure model.  It must instead connect industry segments in profound new ways to address three of the greatest challenges of our time: economic growth, energy independence, and climate change. The first pillar – renewable energy – may be the best understood. City and state governments are mandating more aggressive use of renewables, and major corporations have invested heavily in high-profile projects from wind, solar and hydro to less conventional modes such as geothermal, garbage, agricultural and forestry waste, and tidal. We have no doubt that new federal incentives will further accelerate development of green energy technologies. The federal role is less clear regarding the incorporation of these green technologies into new infrastructure projects. The building industries – the second pillar – must do more than reduce the carbon footprint of specific properties, and begin to feed the greater North American power grid from a surplus of energy generated onsite from green sources. As federal agencies disburse funds to renovate old buildings and construct new ones, they should consider the potential that many buildings have to serve as “power plants.” A future is within our grasp in which millions of schools, hospitals, homes, offices, stores, and factories can collect, generate and share energy. The first positive power buildings are already operating in Europe. A solar plant on the roof of the GM Factory building in Aragon, Spain is producing enough surplus electricity to power 4,600 homes in the surrounding community. A similar retrofit, conceived as part of the bailout of the auto industry in Detroit, could not only put idled workers to productive use, but also provide a competitive edge in the form of cheap power in perpetuity. Of course, the sun doesn’t always shine, nor does the wind always blow.  The third pillar of our 21st Century industrial revolution will be a new system of energy storage. Hydrogen is the universal medium that “stores” all forms of intermittent renewable energy to assure that a stable, reliable supply is available for power generation and, equally important, for transport. 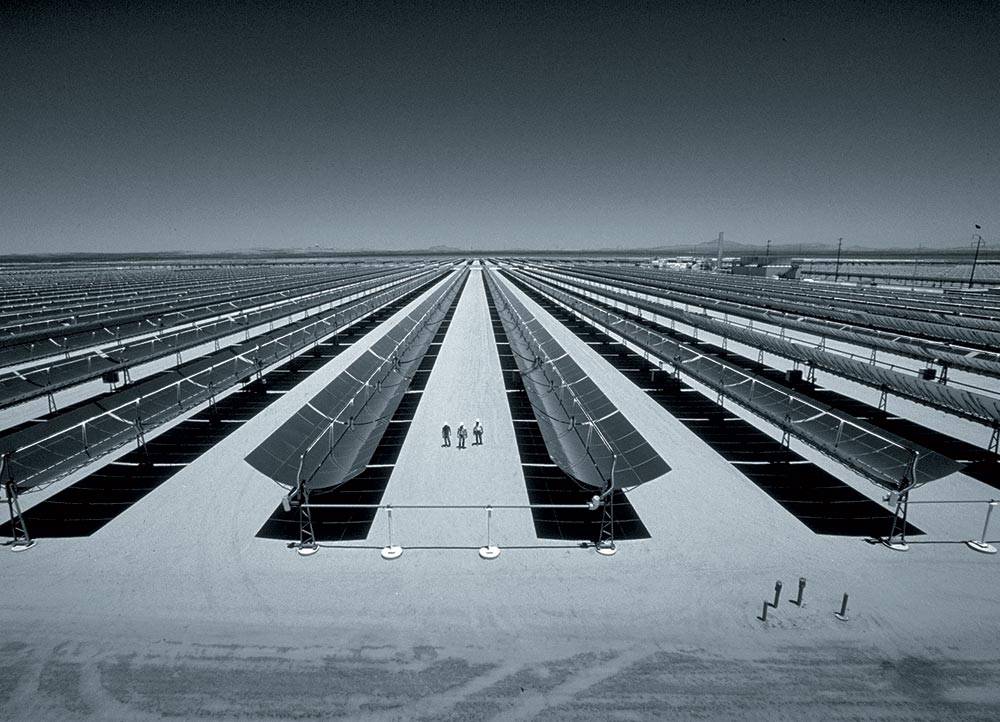 Our spaceships have been powered by high-tech hydrogen fuel cells for more than 30 years. Thirty-eight states already have hydrogen and fuel-cell initiatives under way. We need to convert the existing fossil-fuels storage infrastructure into a hydrogen storage infrastructure for a 21st century economy. Perhaps most of all, we must go beyond proposed “smart grids” that merely meter and adjust usage, and fundamentally reimagine the power grid as a peer-to-peer network. The design principles are identical to those behind the Internet. Just as teenagers produce and share information today, they should be able to produce and share their own green electricity tomorrow. Their electric plug-in and hydrogen fuel cell vehicles, in turn, will serve as portable power plants that can sell electricity back to the main grid. Indeed, the scale of the challenge can only be met if millions of businesses and homeowners become local energy players. Again, the IT revolution offers a model. Second generation grid IT allows businesses to connect thousands of desktop computers, creating far more distributed computing power than even the most powerful centralized computers. Similarly, millions of local producers of renewable energy, with access to intelligent utility networks, can potentially produce and share far more distributed green power and help the US reach the goal of decarbonizing the electricity supply by 2050. Distributed smart grids are just now being introduced by utility and IT companies in various parts of the United States. CenterPoint utility in Houston, Excel in Boulder, Southern Cal Edison, as well as IBM, General Electric, and Siemens are all currently introducing distributed, smart grid systems. The wholesale remaking of the nation’s infrastructure and the retooling of industries is going to require a massive retraining of workers on a scale matching the mobilization for WWII. The new high-tech workforce will need to be skilled in renewable energy technologies, green engineering and construction, IT and embedded computing, nano-technology, sustainable chemistry, fuel cell development, digital power grid management, hybrid electric and hydrogen powered transport, and hundreds of other technical fields. Entrepreneurs and managers will need to be educated in distributed business models and sustainable low carbon logistics and supply chain management. As the new infrastructure takes shape, other sectors and industries will come into the fold, just as they did with the IT and Internet revolutions, with a comparable economic multiplier effect. This will sustain growth well into the second half of the century. The European Parliament has already endorsed the Third Industrial Revolution while the European Commission has begun to collaborate with American and European companies in pursuit of the new 21st Century economy. This presents the Obama administration with an unprecedented opportunity to bring together the best and brightest on both sides of the Atlantic to advance our shared economic, energy and environmental priorities. The question that President Obama’s administration needs to ask is where it wants the US economy to be in 20 years from now- in the sunset infrastructure of the second industrial revolution, or in the sunrise infrastructure of the Third Industrial Revolution?