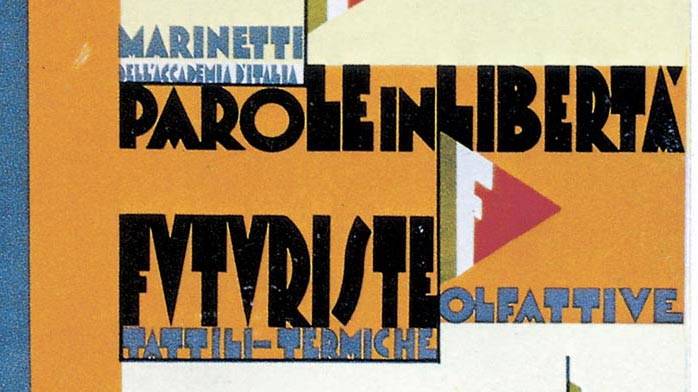 The History of Futurism

In 1909, Filippo Tommaso Marinetti published the Futurist Manifesto in Paris. Somewhat predictable and vastly unrealistic, the manifesto includes two articles, 9 and 10, which were decidedly offensive. Futurism he, proclaimed, aimed “to glorify warfare, the sole means of cleansing the world, as well as militarism, patriotism, the destructive deeds of anarchists, fine and murderous ideas and contempt for women.” Moreover, Marinetti declared, “we aim to demolish museums and libraries, combat moralism, feminism and all opportunistic and utilitarian baseness”. In this article, Matteo Bianchi provides a critical reading of the futurist movement, its fascination for the triumph of technology and modernity, and whose centenary we are currently celebrating. 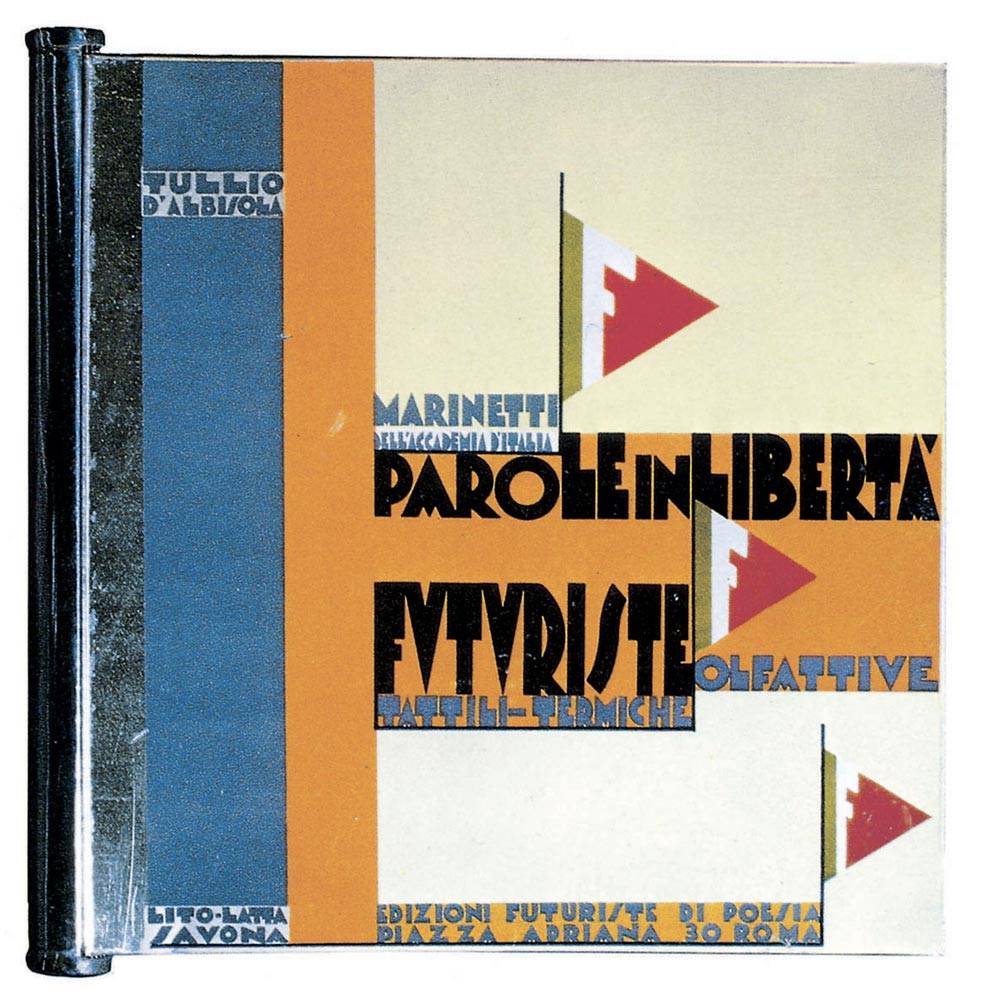 The current uncritical celebration of Futurism inspires us to reflect on the disparity between their declaring of evil intent and the resulting creation of undoubted works of quality. This analysis began many years ago and can be identified with the brilliant figure of Gian Pietro Lucini who, as early as 1913, wrote about “how I went beyond Futurism”. Lucini was the inventor of the free verse which preceded the freely flowing words of the futurists, the creator of the symbolist idea and also friend and unwitting role model for Marinetti. Lucini maintained that Futurism was another label applied to stale art products and called for a respect for historic monuments and the wonderful works housed in museums. He wrote that “museums and libraries validate nature through art” and proclaimed principles of harmony, sincerity and liberty, in both art and life. Further criticism leveled by the aristocratic and revolutionary Lucini against the authoritarian and overbearing Marinetti gives us an understanding of how futurist ferment and feverish endeavor led a path to Mussolini’s fascist regime of which Marinetti was a part. Lucini wrote in a letter to Marinetti, again in 1913: “I am one of the little known deceased who remain in libraries, in those factories that you wish to demolish yet cannot, and to which, in a few years’ time, you will humbly request admittance. This is a fact: those who enter parliament as members of the extreme opposition leave it as ministers…”. This is a bitter parable which illustrates how the futurists lost their bearings. However, alongside this justified critical rationalizing, there were also more interesting elements to the futurist project. 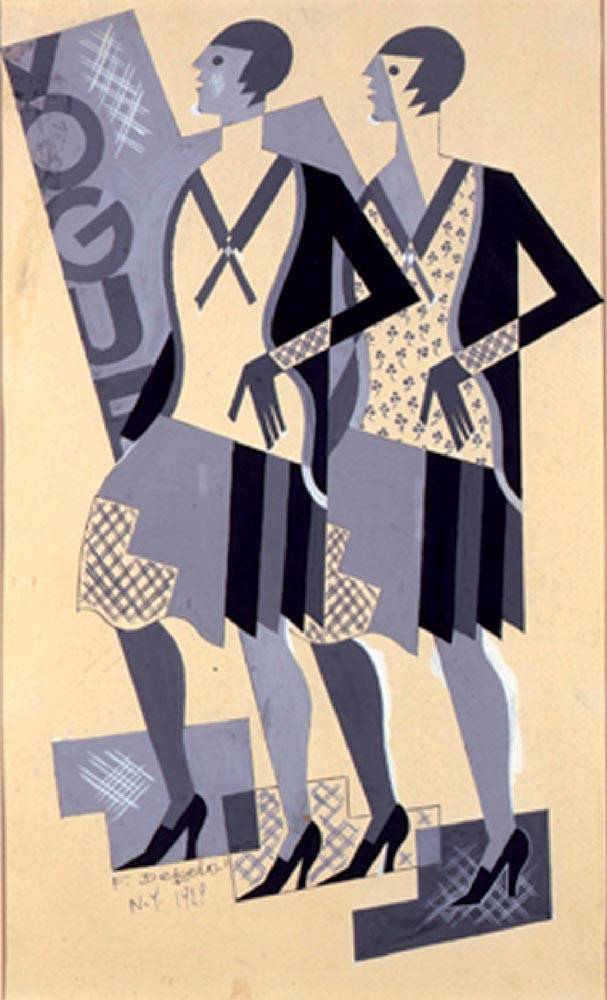 CREATIVE MOVEMENT
The symbolist roots of Futurism translated into the law of change, as proclaimed by Gustave Kahn, in the change from free verse to a free flow of words. It played out in the mobility of the strokes and via the subjects undergoing transformations. These shifts can be seen above all in works by Giacomo Balla and Umberto Boccioni. In the brief period during the early twentieth century, these artists speeded up and modified the form and content of their works. Boccioni, in particular, changed from a nineteenth-century painter in close contact with rural life into an artist focused on modern life. The change is marked by a painting of a field with a cow later replaced by a locomotive. Boccioni, who brilliantly depicted the rhythm of ‘states of mind’, also deconstructed the forms of speed or instilled his own social awareness into the energy of “La Città che Sale” (“The City Which Rises”). The move from divisionism to Futurism was swift and far-reaching. There was a change in the symbolist mood and the idealistic élan shifted towards machinery. The technique adapted was accordingly, fast and synchronized. The symbolist heritage of “correspondences” was transformed in the applications of the different art idioms, also outside of Italy where avant-garde experiments were taking shape. The visual writing of the poet Corrado Govoni was an ideal complement to the figurative poems of Apollinaire.  In literature, the spontaneous research by futurists in the area of “the book as object” is particularly interesting, leading to the “tactile poem”, in the words of Giovanni Lista. The embracing of different idioms is successfully manifested in the works that referenced the music of Francesco Cangiullo and Luigi Russolo, both engaging in color and sound writing. The imaginary architectures of Sant’Elia are striking examples of the city “which rises”. It is however difficult to map out Futurism outside of Italy, with the exception of Russia, the destination of a journey by Marinetti in 1914 which was, in its own way, legendary. Thus the analogies with Larionov and Goncharova come as no surprise, although the works of Malevich are of a totally different order. 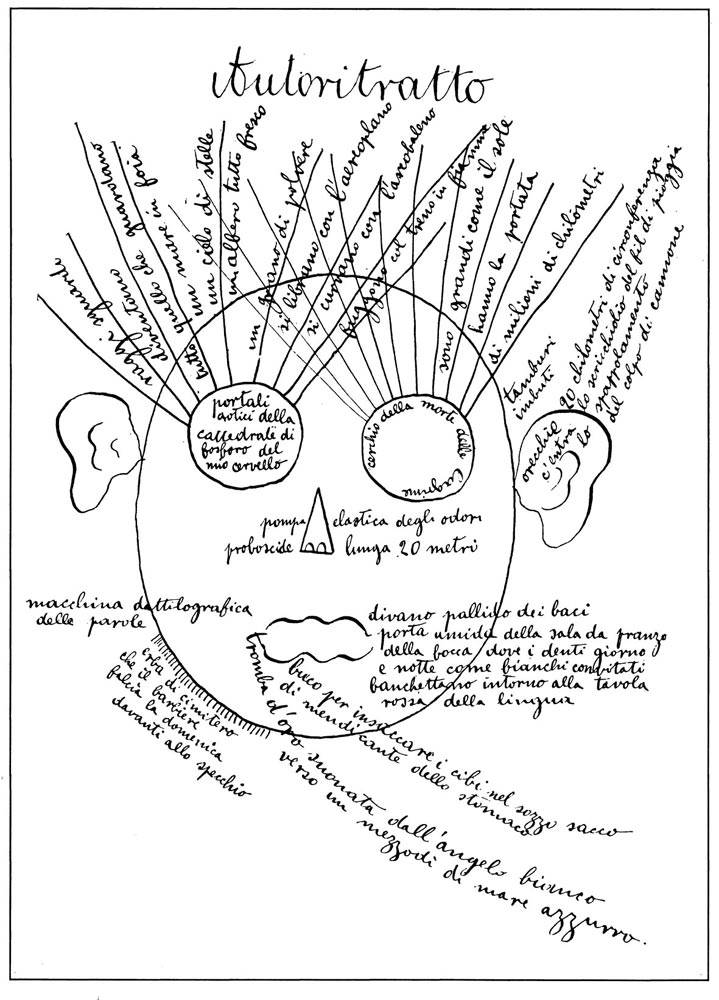 BEYOND THE “ISMS”
These avant-garde initiatives are interwoven through the different figurative cultures of Europe that did not always match. Dada in Zurich and Cubism in Paris expressed idioms with total independence yet at the same time interpreted common attitudes with regards to the break with tradition. Once the initial drive had died down, the fervor of the “isms” was quelled by convention and another artistic renewal took place elsewhere. In Italy the belated futurist response was jaded and formal, while a return to figurative order took place via the Novecento School, and represented by the metaphysical paintings of Giorgio De Chirico. Carlo Carrà, Mario Sironi and Ardengo Soffici established its language, style and subject matter. Their strong and unusual images are reconstructed in the intensity of a poetic sphere which goes beyond experimentation and experiences, and via collective exhibitions. This was a significant outreach beyond national borders, Rossana Bossaglia explained. Boccioni still stands apart and in a different world, in the critical account by Zeno Birolli. It is a synthesis of a unique body of work which encapsulates the qualities of change and is never limited to the outward signs of mere participation in a movement. The best response to the noisy futurist environment, to its statements and departures comes from paintings linked to the classical tradition, an attempt to regain a sense of lost intimacy among the laws of the regime and from its bluster in the public sphere. In this present time of crisis, there is a tendency towards unconditional acceptance of Futurism, and of its celebration by government bodies on the occasion of its centenary. The intent here is to apply a critical yardstick to the movement which should be interpreted with due restraint, in order to reject its official stance while drawing out those precious jewels which, despite everything, the best artists have given to us.