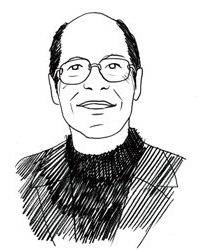 Take Benefit Out of the Crisis

All the companies have been hit by the global economic crisis; including the ones we know as the best workplaces. However they seem to take advantage out of the crisis as an opportunity to build strong cultures in difficult times.

The global economic crisis has hit practically all companies – some way or the other. This dramatic change in the market conditions and in particular the paralysis of the financial market has led to a situation, where most companies have been forced to take a deep look inward and adjust the organization for survival. This reality of life has also hit those companies we know as the Best Workplaces – customer demand has changed, the credit markets have frozen and assets have evaporated from one day to the other. What’s notable, however, is how some of these companies have responded to this crisis. Worthington Cylinders is one of the Best Workplaces in Austria. The company produces high pressure steel cylinders. By the beginning of 2009 orders had dropped by 70% and the production practically stopped. There was no doubt that in order to survive the company would have to downsize – lay off people. When the management of the company realized that there were no other options than layoffs, they made themselves a challenge: they wanted to carry out the downsizing process and improve the survey scores in the Trust Index© (the employee survey). Worthington Cylinders was forced to lay off 15% of the employees, but did so in a very transparent and collaborative process. After this process, an employee survey was carried out and the company had indeed improved the results – the employees responded even more positively to the survey than earlier, where it was already recognized as one of the Best Workplaces in Austria! The Bolivian branch of the global courier DHL also faced a significantly slowdown in the market and the management asked the employees to help them cut costs by 10%, so that layoffs could be avoided. The initiative was launched as a competition with a positive tone and the employees came back with suggestions that altogether represented a 30% reduction of costs! DHL Bolivia was recognized as the second Best Workplace in Latin America in 2009. These stories are just a few examples of how the Best Workplaces have responded to the global economic crisis. Yes, downsizing and cutting costs are sometimes necessary, but great workplaces tend to see and take advantage of the opportunity to build stronger cultures in difficult times. It takes courageous leaders, a positive attitude and collaboration across the entire organization to come out stronger in the other end. It is easy to throw a party and pay out extra bonuses, when things go well, but real leaders and strong corporate cultures are shaped or strengthened by adversity. History will tell us, if the Best Workplaces also through this crisis will outperform the market as they have done consistently for the past ten years. But I will bet that Worthington Cylinders and DHL Bolivia will be doing better than before the crisis.