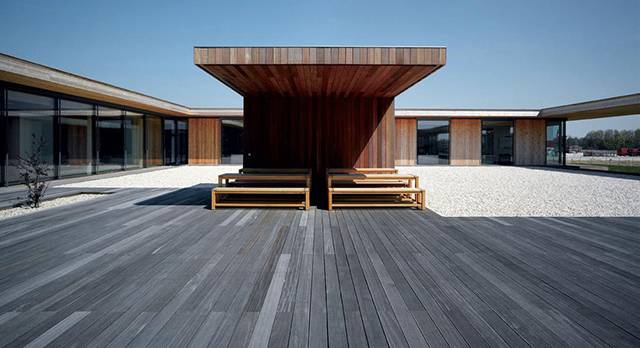 Matteo Thun was awarded the Compasso d’Oro thrice for first-class design; was creator of the Side Hotel in Hamburg which was ‘Hotel of the year in 2001’. In 2004 he was inducted into the Interior Hall of Fame in New York. 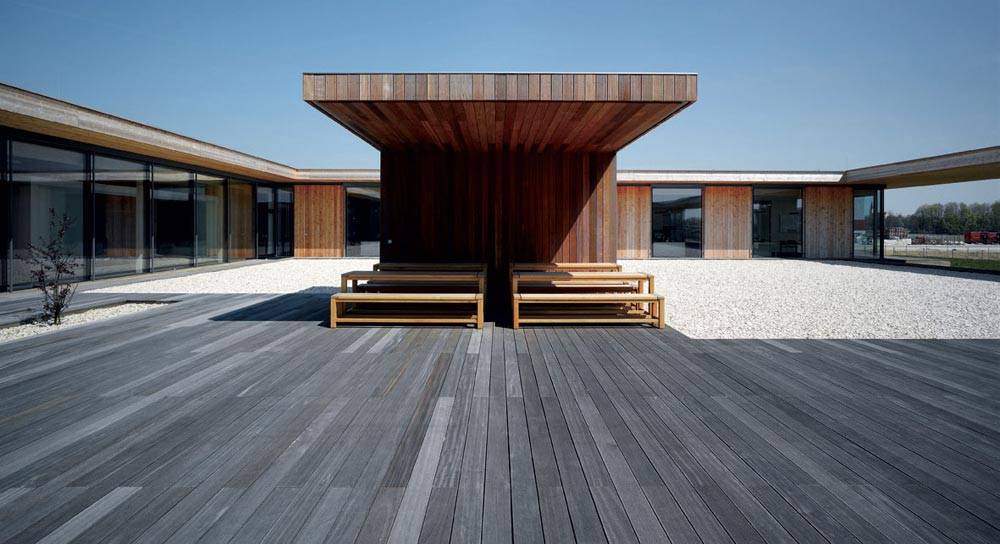 THE GENIUS LOCI
In each project I’ve designed as a workspace (the latest TORTONA 37 and Hugo Boss’ Colderio for example), I’ve always been driven by genius loci, the notion that each building must fit its location, and express the soul of the place. I generally choose a soft and adaptable design capable of adding distinction to every office need, shaped around different intensities of light and characterised by a high-tech under-skin softened by the warmth of natural finishes-wood, most of all.

HUGO BOSS INDUSTRIES
Start 2005 end 2006. The building rises in the middle of the surrounding environment, with its shell structure of intertwined wooden elements, covering a transparent structure of glass and steel. Transparency and lightness are the essential ingredients. Illumination enhances the essential forms of the interiors, the materiality of the surfaces, and guarantees visual cleanliness. Materials, light and air are key elements of wide, flexible and open workplaces. 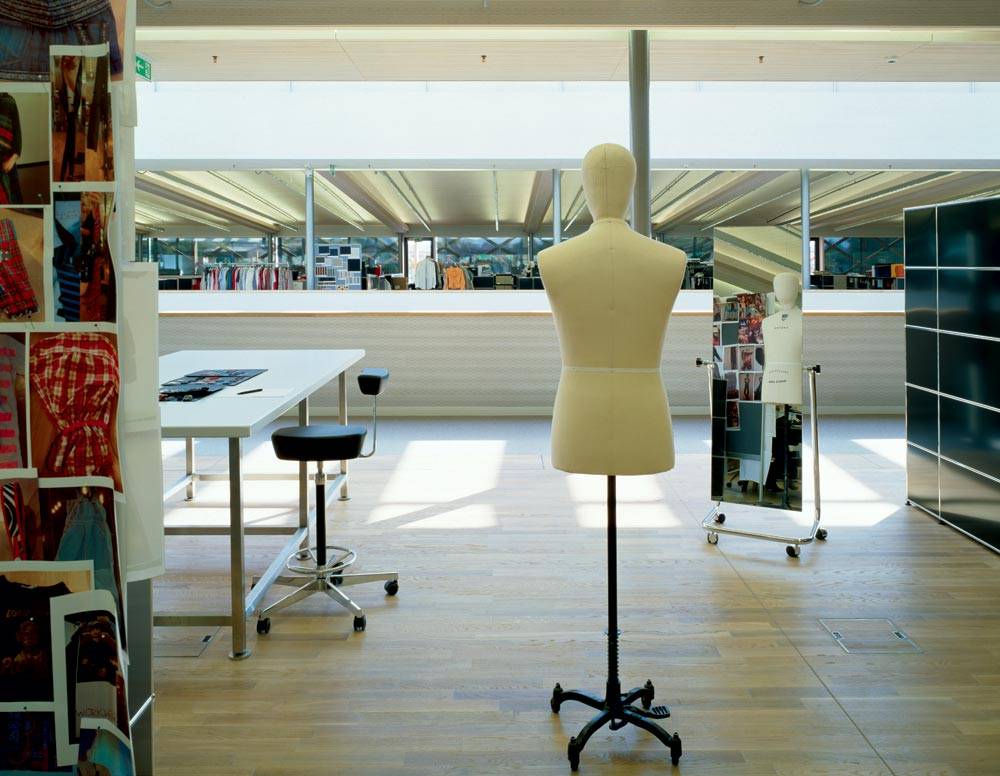 MESSE FRANKFURT PRESSE CENTER
Start 2007 end 2008. The Press Center project involved the restructuring of an old space right down to the finest detail to create a very definite functional layout. The Press Center is a space designed to accommodate every imaginable trade fair event. Inside, warm finishing touches combine with high-tech cabling and under-skin connectivity. Everything rests on an oak panelled floor, while the back wall is covered with climbing plants. This is a ‘vertical garden’ designed by the botanist Patrick Blanc.

BINDER WOODCENTER
Start 2005 end 2006. This is the executive pavilion of the Kösching wood mill to the north of Munich, Bavaria. It comprises a glass central structure and four lateral constructions made of wood and glass. An H-shaped construction is established around two quiet courtyards for administration offices, conferences and seminar spaces. A definite construction system exploits to the full, the innovative BBS wooden panels. The interiors duly follow suit, with dark shades on the surfaces and clear colours for the furniture, depending on the area involved. The finishing comes in natural stone, felt, leather and wool, with custom-coatings for the office units.

Matteo Thun was born in Bozen, Italy, in 1952 and studied under Oskar Kokoschkas at the Salzburg Academy. After an architectural doctorate in Florence with Adolfo Natalini in 1978, he moved to Milan and made the acquaintance of Ettore Sottsass. Co-founding member of the Memphis Group and Sottsass Associati, from 1982-1996, he was appointed to the Chair of Product Design and Ceramics at the Vienna Academy for Applied Arts. In 1984 he founded the Matteo Thun Studio in Milan and from 1990–1993 was the Creative Director for Swatch. He has designed for Alessi, Memphis, Tiffany, AEG and Campari, amongs others.

Photos. The images are courtesy of Jens Weber, Klaus Frahm.

All the President’s Men