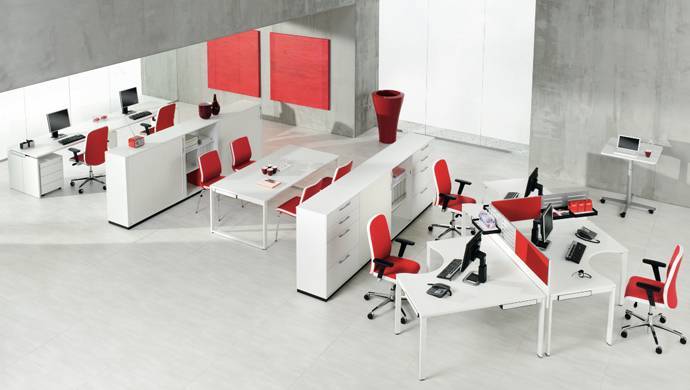 The office furniture industry has suffered as a result of the economic crisis. During a downturn, companies concentrate on “saving money”, cutting back on new office furniture, ignoring the fact that such investment accounts for just 1% of company costs.

The global economic situation is creating difficulties all round. What are the prospects for the office furniture industry?

MARKET SITUATION
Claudio Feltrin, CEO of Arper (Italy) is brave-hearted, and tells us “We are fighting back. We are still going to develop our product range, support the brand and expand our distribution network. Not least of our innovations in  2010 is that, in collaboration with the Lievore, Altherr, Molina design studio, we are launching a new modular seating system, dubbed Team”. As Export Director of Guialmi, a leading Portuguese office furniture manufacturer, Jorge Almeida is responsible for his company’s sales and marketing strategy in all foreign markets.  He reminds us that “Office furniture is considered a commodity. Thus, in many crisis situations, this becomes one of the “costs” that companies cut more quickly and without much reflection”. The office furniture market is going through hard times. Lucia Arioli, Marketing Manager at Methis, says “Only companies that produce the best quality and best-designed furniture at very competitive prices will survive”. Roman Przbylski, a member of the board Nowy Styl Group, thinks the same. He says “We are seeing price wars, margins are narrowing, companies are running to overcapacity. This will lead to major changes in the market. Some companies will disappear, while mergers and takeovers are to be expected.  Companies that have reacted quickly and decisively, adjusting their business models and cost structures, will be the winners.” Chakrit Vorachacreyanan,  Executive Vice President at Rockwork, proposes a macro-economic analysis to explain the situation in Thailand, “Both the decrease in productivity and the increase in daily wage contributed to a 7.6 percent increase in unit labor costs in manufacturing during the third quarter—much higher than the 4 percent increase over the last four quarters and the 0.3 percent rate from 2000 to 2007. Unit labor costs increased 3.1 percent in durable goods industries and 14.3 percent in nondurable goods industries during the third quarter.” 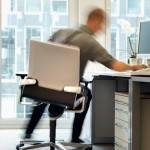 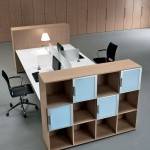 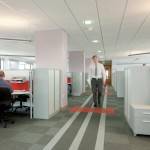 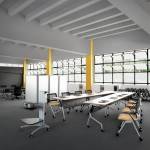 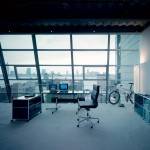 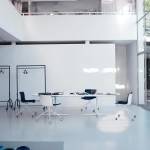 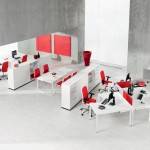 Alexander Schärer, CEO at USM  U. Schärer Söhne AG, is optimistic. “The sector is getting a lot of support from the economy,” he explains, “Which has a positive effect on our industry”. Burkhard Remmers,  Director of International Communication at Wilkhahn, shares the same view: during the crisis his company has launched ON, “an office chair boasting first-class design that sets a new standard in ergonomics with its three-dimensional dynamic seating concept. ON has attracted enormous attention, and is in huge demand worldwide”.

OFFICE FURNITURE DESIGN TRENDS 2010
Office furniture must fulfill two requirements. It needs to be comfortable, on the one hand, and look appealing, on the other. Burkhard Remmers says “There are basically two trends: standard office furnishing concepts with a uniform style that are designed to be low on cost. The second trend consists of highly customised concepts that offer stimulating working environments with varied, high-quality design concepts”. “In general, the trend aims at a keenly-priced, comfortable and, since many people stay in work place for considerable amounts of time, a visually pleasing style,” Claudio Feltrini says. Monica Babini, managing director at Babini Office argues that “the crisis has changed the way people think. Now esthetic aspects are no longer enough to clinch a sale”. “Fortunately, there’s still plenty of good will towards classic, timeless, office furniture, such as USM“ says Alexander Schärer. Jorge Almeida follows, in essence,  with a global  analysis. “Europe is mainly contemporary fashion wise. So is the Middle East, albeit with a more conservative approach to design and aesthetics. Africa is more traditional, and America is looking at design and aesthetics more than before”.  Chakrit Vorachacreyanan says “We realize that a successful organization requires harmonious integration between people, equipment and technology. IBM has opened an office in full force free engineering in Thailand. Many of the Fortune 500 companies have hot desks and touch-down areas where people can connect to laptops and have face-to-face meetings, as and when required. The initial idea has evolved from cyber cafés that were set up so that people could surf the net when away from home”. Lucia Arioli echoes this view and states that “There will be tailor-made offices very close to the domestic way of living”. 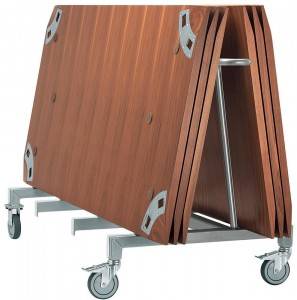 Program A1700, trolley by Thonet

ENVIRONMENTAL AWARENESS
European companies have problems addressing competition from the Far East. Companies selling products in Europe should adhere to the same level of requirements as European manufacturing companies. However the influence of sustainability is widespread. Among interior designers and architects the number of LEED accredited professionals has grown from less than 2,500 in 2005 to nearly 40,000 today. Over one thousand commercial and residential projects have been LEED certified, and nearly 8,000 more have been registered. “Looking for ‘green’ and ‘clean’ products coming from “efficient” and also ‘green’ factories has become part of the buyer’s task, at least when we are speaking of public or governmental companies and multinationals”, says Jorge Almeida. According to Claudio Feltrin “a certain awareness of the importance of environmental sensibility and sustainability is already present in the contract sector. Interest in the subject is also based on the general normative requirements in the contract sector”. Roman Przybylski, Board Member at Nowy Styl Group, adds “environmental awareness is becoming more and more important…due to general education awareness of environmental issues, higher pressure on the companies’s social responsability policies and also because economic factors”. Designer Philipp Thonet states that “Most companies are aware of their responsibility and are taking environmental matters into consideration when it comes to furnishing their offices. This is why eco-friendly furniture becomes increasingly important”. Burkhard Remmers says “there are virtually no major calls for tender in international markets where customers do not ask about the ecological performance of the products and manufacturing companies”.

“Scientific research has demonstrated that people work better if their work environment is pleasant. They are more productive, and take less sick leave, all of which provides an important saving of money for the company in the long term.”
Monica Babini, managing director, Babini Office