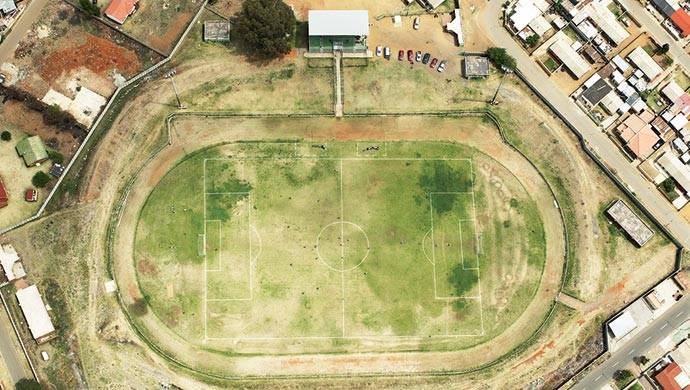 Redemption and Greed: the 2010 World Cup

The 2010 Fifa World Cup will take place from June 11 to the July 11 this year, in South Africa. It is the 19th World Cup and the first one hosted by an African nation. It will be the biggest sporting event eve, rand over a billion people are expected to follow the 32-team tournament, won four years ago by Italy. Such a huge event will be exciting, over-analyzed and inevitably fraught with problems. 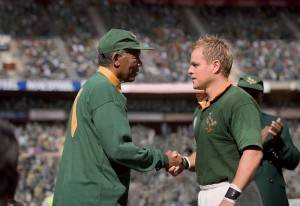 South Africans hoped the World Cup would make them rich, with three million fans travelling to their country. But bookings are running at half the anticipated level and cash-strapped supporters seem to be avoiding a country, famous for its high levels of crime. Only two percent of corporate boxes have been sold. Many South Africans resent the fact that billions have been spent on stadia they didn’t need, in the hope of ripping off football tourists and the political shenanigans that were required to host the world’s most prestigious tournament have left many of them hoping the event is a complete disaster. The poet, Breyten Breytenbach, described the country as a place “shot through with heartspace and the danger of beauty”, so fans should attend the biggest event of their lives with equal measures of optimism and caution.

ENGLAND TEAM LOGISTICS
Logistically, there are problems. England’s training base, in Bafokeng, is still being compared to a construction site, but that is always the case with projects on this scale. Officials insist the complex will be ready on time, even if some infrastructure plans (roads) have fallen by the wayside. England’s manager, Fabio Capello, chose the most isolated venue possible, probably to dissuade his players’ wives and girlfriends (Wags) from attending. The playing venue is actually a 20-minute drive into Phokeng, home of the Bafokeng tribe. During apartheid, the tribe was helped by Lutheran missionaries to hold on to its ancestral lands and the discovery of platinum made the tribe very wealthy. But probably not as wealthy as their visitors. Pampered by everyone, the English players have apparently been sleeping in Michael Jackson-style altitude tents, to help them acclimatize to South African conditions. They were all tested over the season and results suggested some players would benefit from sleeping in these tents at home. The players apparently love the tents, which are said to aid recovery from injury as well as boost fitness levels. The tents increase red blood cells (which carry oxygen to the muscles); absolute nonsense of course, but every percentage advantage counts. Not for 6’ 7” Peter Crouch though; they couldn’t find a bed big enough for him.

SOUTH AFRICA HOPE
As with all huge sporting events, the organisers have promised to leave a legacy and the ‘1 Goal: Lesson for All’, wants to alert football fans to the problems of providing education in Africa and Fifa’s president, Sepp Blatter, says it will be  the biggest campaign based around a sporting event ever and “will leave a lasting legacy of education in Africa and the rest of the world”. South Africa has always proved that sport and politics are inextricably linked and this World Cup is no exception. President, Jacob Zuma, said “2010 is the most important year in our country since 1994.” Some in Zuma’s own party, the ANC, are calling for his resignation, after just one term, but this is more for his polygamy than perceived lack of organisational skills. South Africa was chosen six years ago to host this tournament and has worked with America on security issues, but the world (mostly German and British media outlets) is still concerned about its ability to host the tournament. 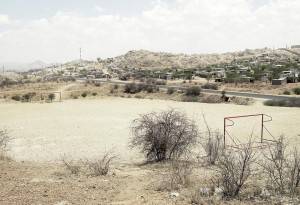 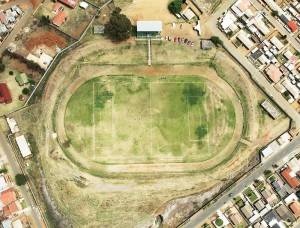 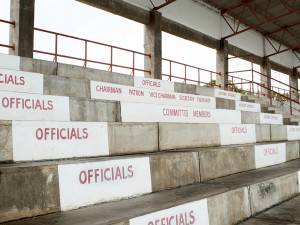 SECURITY AND OTHER ISSUES
They have made 10 new for the event and now security has become the main issue for its critics, following the murder of three, during the terrorist attack on the Togolese national team, at the Africa Cup of Nations, in Angola. It was thousands of miles away, but tainted the African continent as a whole and reminded the world that South Africa has 50 murders, 100 rapes and 1,200 violent attacks and robberies reported every day. The strong rand and over-priced ticket prices (70-750 euros) are also proving a disincentive to travellers and locals alike. Out of three million tickets, over two million have been sold, but only 11% have been bought by South Africans, who were offered heavy discounts. 40% of them live below the poverty line and they are not especially interested in their national team, currently ranked 81st in the world. English fans are hoping that Wayne Rooney  whose sponsors include Hovis, Nike and Coca-Cola, will remain injury-free and keep out of trouble. Some leading world players, however, have already been ruled out of the tournament. Germany’s Michael Ballack will miss the World Cup because of a tackle in May’s FA Cup Final, France’s leading player, Franck Ribery, will probably be left behind for assorted sexual shenanigans and the likes of Thierry Henri and John Terry have got a lot of making-up to do. Who knows what will happen once the players arrive in South Africa? Reputations and legends are ready to be made, but also shattered. Sven-Goran Eriksson was the English manager and considered to be a busted flush, but will receive over 2.5 million euros for taking his new charges, the Ivory Coast, to the World Cup. Unfortunately for him, his group also contains Brazil, Portugal and North Korea. His tenure should be short, but he has a point when he says, “There are six African countries in the World Cup. It is in Africa for the first time and I am sure two or three will spring some big surprises.” Wherever there is football, big business is never far away, and Fifa is going to employ ‘brand police’ to ensure only the logos of official sponsors are visible in the stadium. So you could pay your 750 €, only to have your clothes confiscated. South African players will share one million rand (109.000 euros), each time they score a goal and will hope not to be the worst-performing hosts in World Cup history, but the fact their potential friendly opponents were all booked up a year ago, may mean they are underprepared. Chairman of the English FA, Lord Triesman, has just been forced to resign, following a honey-trap sting, when allegations he made in private were published in a Sunday newspaper. He claimed Russian football authorities were going to help their Spanish counterparts bribe referees in South Africa, in return for favors in the 2018 bidding process. That sounds fairly scandalous, but not as bad as the bet an online bookmaker has apparently been offering; customers can bet on a squad member of any team to be murdered during the tournament. Let’s hope both rumors are completely unfounded.

PHOTO CREDITS
01. Rugby in 1995 + Football in 2015 = antidote for South Africa’s growth. South Africa benefits from the positive images of the film Invictus, which recalls the great Rugby World Cup win of 1995. In the medium term, we hope that South Africa can repeat this success, as a prospect for the expulsion of the country’s violence.
02-04. Hoeffgen spent several years taking unusual, direct photographs of players and spectators in Nigeria, Namibia, Botswana, Zambia, Malawi, and South Africa. Exhibition:“Germany Academy for soccer”, Nuremberg, until July 18, 2010. Book: Thomas Hoeffgen, “African Arenas” (2010), Hatje Cantz.