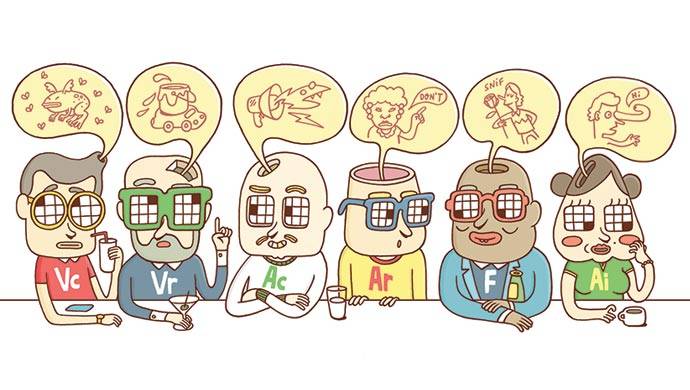 Does power change the perception of the powerful until they begin to see lies as being acceptable? Research done by Columbus University proposes that power should offer a buffer against stress associated with wrongful acts, such as telling a lie.

The powerful hold the keys to our livelihood and the veracity of their statements and acts is of utmost importance. It is not without a sense of irony as research shows that the powerful may be more likely to be corrupt. If power leads to positive emotions, an abundance of cognitive resources, and physiological resilience to stress, power then, should offer a buffer against stress associated with acts such as telling a lie-essentially making such acts of corruption emotionally, cognitively, and physiologically less costly. The researchers propose that power corrupts and that there is a mechanism which renders acts such as lying less stressful.

WHAT IS THE MECHANISM?
The mechanism rooted in social neuroscience, may be able to reconcile how power seems to simultaneously (A) lead to more deception and corrupt behavior but also (B) pave the way toward proactive and pro-social acts such as: leading, taking action, enduring risk, garnering resources for one self and others, and monitoring the one’s well-being.

THE STRESS BUFFERING EFFECTS OF POWER
Telling a lie is stressful. While humans lie for many different reasons, such as to protect feelings, claim undue resources, project a false self-image, manipulate, or coerce, telling a lie is emotionally, cognitively, and physiologically costly. A liar must actively inhibit and suppress many things including: the truth, internal monitoring of their own moral compass, social norms, fear of consequences, and consideration of others’ interests. This suppression leads to experiencing negative emotions, decrements in mental function and physiological stress. Because telling a lie is emotionally, cognitively, and physiologically costly, we lie less often than we would if lies were ‘free’. Theories from psychological science, such as the somatic marker hypothesis, have mapped the ways in which humans learn how to engage with their environment. This research shows that individuals act and get either punished or rewarded for that act. Punishment reduces the likelihood of engaging in that act again, and reward increases the likelihood of it happening. With the powerful having plenty of emotional, cognitive, and physiological resources, are lies less costly for them?

POWER IS FUNDAMENTAL
Power determines access to agency resources, the control over one’s own body and mind, and enhanced cognitive functions. Powerful individuals also demonstrate a general state of not being inhibited, marked by willingness to engage in action and a focus on reward as opposed to risk. The neuroendocrine profiles of the powerful also differentiate them from the powerless. Power is linked to the stress hormone cortisol, and since power-holders show lower levels of basal cortisol, the cortisol drops as power is achieved. Thus, the powerful appear to be more resilient to stress and have an abundance of emotional and cognitive resources available to use when dealing with stress as it arises.

How to Detect Lies?

Body Language of Lies
• Less arm and hand movements
• Eye contact is avoided
• Hands touching face, throat & mouth
• Timing and duration of emotional gestures and emotions are off a normal pace
• Gestures/expressions don’t match the verbal statement
• Expressions are limited to mouth movements instead of the whole face.

Interactions and Reactions
• A guilty person gets defensive
• A liar is uncomfortable facing his questioner/accuser and may turn his head or body away
• A liar might unconsciously place objects between himself and another person.

Verbal Context and Contents
• A liar will use the words of another person to answer a question
• The guilty person may speak unnaturally or add unnecessary details
• Liars are not comfortable with silence or pauses in the conversation
• A liar may leave out pronouns and speak in a monotonous tone
• Words may be garbled and spoken softly, and syntax and grammar may be off.

Redemption and Greed: the 2010 World Cup