Nepotism: A Blessing or Curse for Organizations?

Nepotism involves giving preference in the hiring process to family members of those who are employed by the organization. Although nepotism can occur in any organization, it is most commonly seen in family-owned businesses where children or relatives of the owners are often hired into key positions. 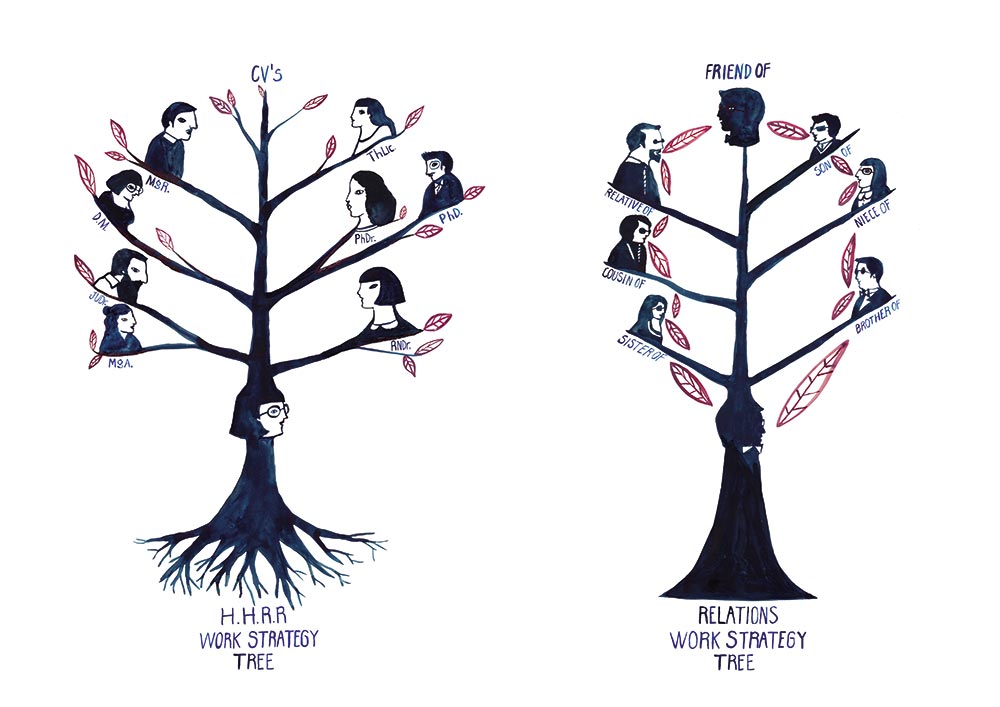 Hiring people either partially or entirely because of their family connection is controversial and often viewed negatively because it contrasts with the emphasis on merit-based decision-making that is widely valued in many Western business organizations. Despite these negative attitudes, Adam Bellow, author of In Praise of Nepotism, argues that nepotism is frequently practiced in the US (and other countries) and provides many examples of nepotism in politics, business, entertainment and sports. While nepotism conflicts with the Western values of egalitarianism and self-reliance, it is more consistent with the collective values that predominate in many Asian and Latin American countries. In collective cultures, which emphasize taking care of in-group members, hiring family members is seen as a natural way to conduct business.

ALL IN THE FAMILY
So, is hiring family members a good business practice? Some experts have suggested that it is because family members are likely to have higher levels of loyalty and commitment to the business and thus work harder to ensure its success. Stanford University business professor Jeffrey Pfeffer advocates nepotism as a way of creating “communal organizations,” which he believes will generate greater employee engagement and commitment. Additionally, research has found that family-owned businesses have cultures that are especially conducive to high performance, perhaps because they often have a more long-term orientation than public firms.

BUT WITH RISKS
Despite these potential benefits to practicing nepotism, there may be some hidden costs. Research has found that the perceptions of unfairness engendered by nepotism may result in lower job satisfaction, organizational commitment and trust in the organization among employees, as well as lower motivation and increased likelihood of quitting. Additionally, research shows that the beneficiaries of nepotism are often perceived negatively by others in terms of both their competence and likeability, which may result in co-workers having less confidence in their decisions and being less willing to support or invest energy into implementing those decisions.

NEPOTISM IN PRACTICE
How nepotism is practiced varies. The qualifications of family members can be given a great deal of weight in the hiring process or very little. And family members may be hired immediately into top-level positions or required to start at the bottom and work their way up. In light of this variability in practice, what recommendations can be offered? The findings from my own research (in a Western culture) suggest that family members should only be hired if they are the most qualified candidate for the position and that their qualifications need to be clearly evident to those with whom they will be working. Kathy Wiseman, founder of Working Systems, a consulting firm specializing in family businesses, recommends holding family members to higher standards than other employees in order to demonstrate to co-workers that they deserve their position. Finally, creating a nepotism policy to manage the process of hiring family members can also be beneficial. A policy requiring that any family-related conflicts of interest be disclosed and prohibiting employees from influencing the hiring, promotion or disciplinary process of a family member will maintain both the actual and perceived fairness of personnel decisions and lessen the potential negative consequences of hiring family members.

Fast Track to a Wrong Hire!

From Technicalities to Hydrobiology