Today brands are facing an incredible revolution that stems from the social media complaints boom. Consumers get in touch and complain about products or services directly on brands’ social media pages; companies must find ways to deal with them effectively. 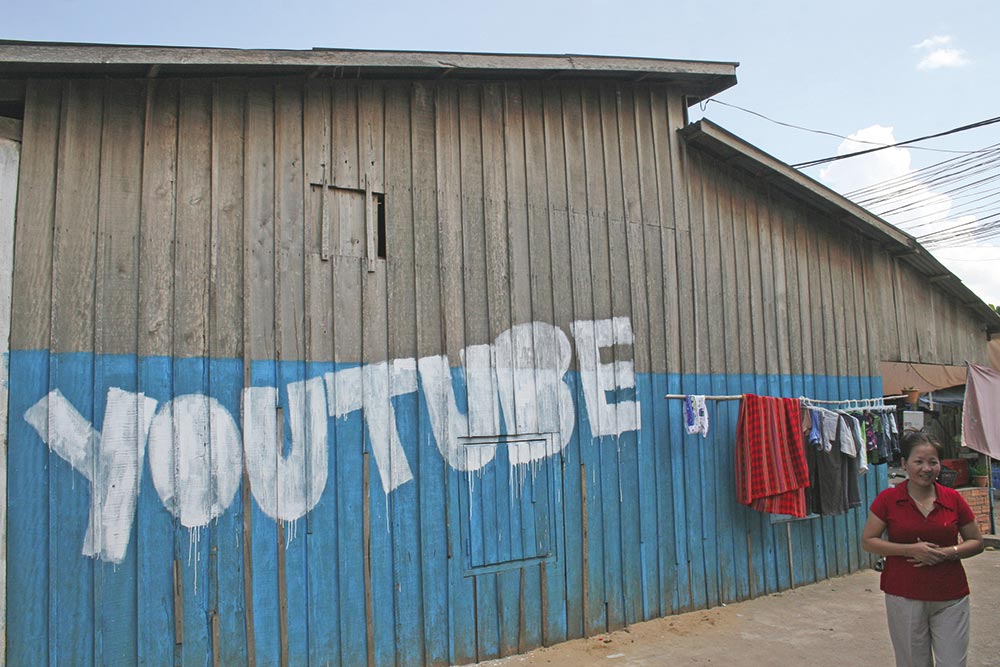 Disappointment isn’t hard to find on social networks. Everyday, millions of Facebook and Twitter users post complaints about relationships, politics, jobs, football teams and bad Valentine’s day gifts. So why shouldn’t they do the same when they are disappointed with a product or a service? It turns out that they not only do but they also expect brands to address their dissatisfaction immediately.

An enormous number of companies maintain Facebook pages that users can not only “like”, but also post comments on. Most brands are also present on Twitter, where interaction is as simple as including the brand’s profile name (e.g. @Starbucks) in a tweet. Complaining or even striking back at a company on social networks is fast and effortless, and therefore highly attractive.

A dissatisfied customer could instantly reach for his phone and tweet that the new @BurgerCompany special edition cheeseburger tastes horrible, and add the hashtag #badburger. Other users who share that opinion (or simply dislike the brand for other reasons) may retweet the post or weigh in on the issue by using the same hashtag. An hour later, the company could be facing a serious onslaught of criticism. “A lot of people as a result of seeing [such tweets] may think, ‘I had that problem as well!’” says Dr. Lisa Harris, head of the digital marketing masters program at the University of Southampton. “It can mushroom. Companies need to recognize that people have more power than they used to.” 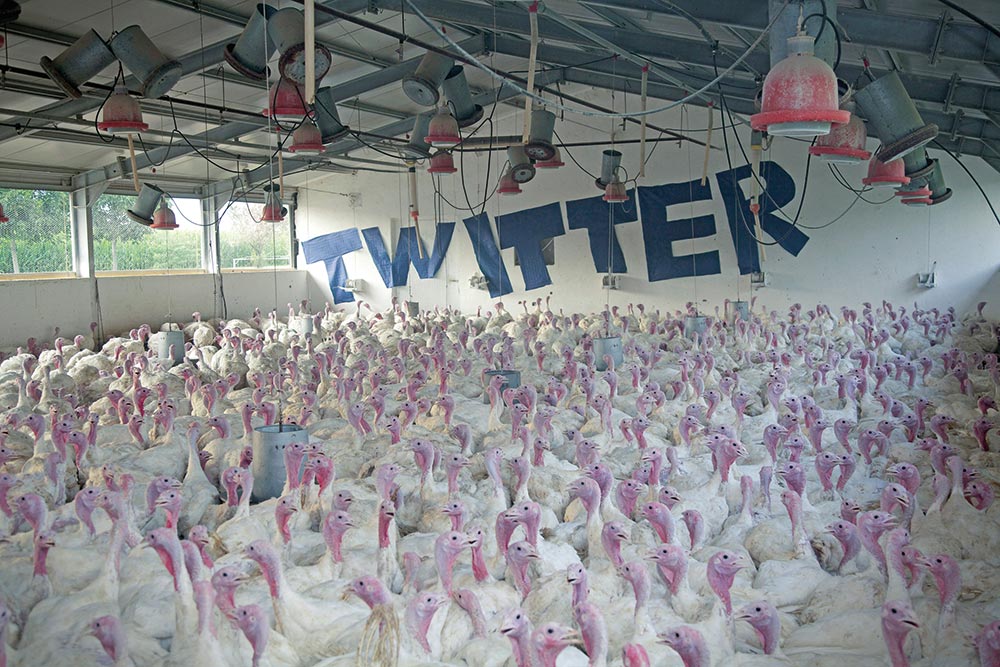 The number one thing brands shouldn’t do is turn a blind eye. Instead, they should immediately offer an explanation, provide a solution, or at least reassure the community that the complaint will not be ignored. “Companies feel obliged to respond when it’s in a public forum,” social media expert Will Francis says. “A tweet or a Facebook post are there for the world to see so a brand really has to respond to that.” Most users expect a prompt response: on Twitter, a study by social provider Lithium has found out, the accepted timeframe has shrunk to less than one hour. After that, people are going to start to question a brand’s commitment to the satisfaction of their clientele. This implies that brands – even those who are not present on social networks – must stay alert: constant monitoring of official pages, Google searches, and supervision of blogs and forums dedicated to a brand’s product category are becoming mandatory.

Dialogue and responsiveness are the only ways out of a viral catastrophe. Censorship will only make things worse, as Starbucks India found out when a negative post that disappeared from their Facebook page generated a backlash of protest (they later stated that they were not responsible for its removal).

On the other hand, investing in customer service on social networks can boost the brand’s image and reputation.

“Forty  percent of our customer feedback now originates on Twitter,” says BT’s head of customer services Warren Buckley. “Clearly we are dealing with customers who aren’t happy, and we are doing that very much in the public eye, but lots of customers respect the fact that we are on Twitter at all.” For major brands, keeping up with the flow of comments is no walk in the park. It may even call for a revolution in the way they structure and conceive their customer care services.

“Big brands need to have 50-60 customer service staff trained to use social media,” says Conversocial CEO Joshua March, “as well as systems to monitor actions and keep up with the volume.” Some companies have resorted to creating separate Twitter accounts whose only function is to deal with customer feedback. Whatever the solution, the endgame is establishing a system that allows companies to rapidly turn disgruntled tweets and Facebook posts into satisfied ones: because satisfaction can go viral as well. 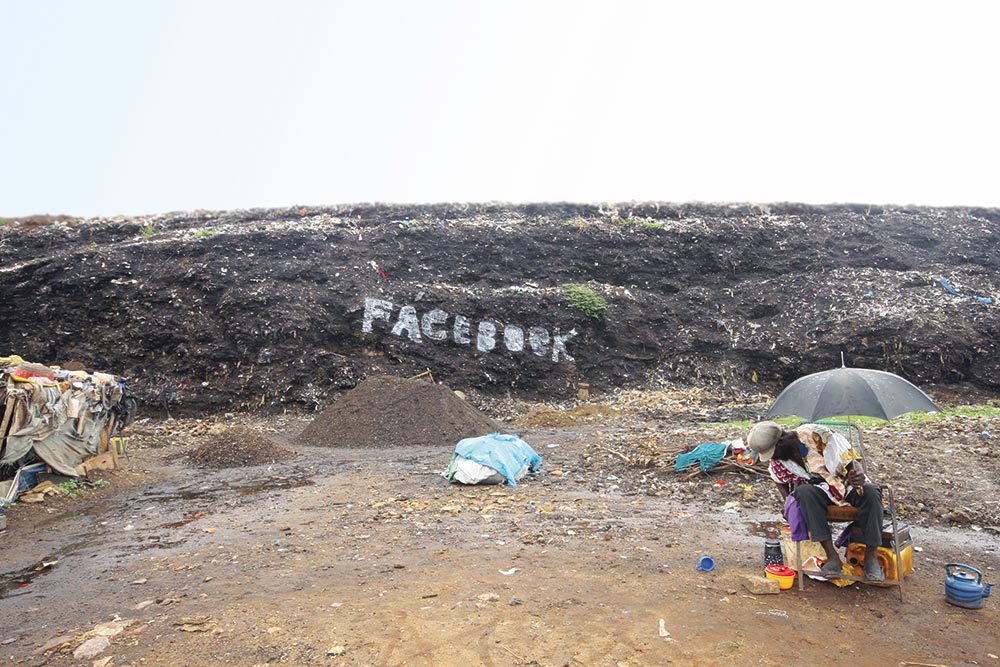 The photos are from the exhibition Contradictions.

The project has been realized (till now) between Cambodia, Vietnam, Mali, China and Italy, starting in 2007. Its aim is to point out the gap between the reality we live in and the ephemeral world of technologies. These instruments and the marketing behind social networks usually push the “religious” aspect of the experience and the users are pushed to live in an intense way the abstraction from reality, living technologies only as an idea and sometimes without even knowing their real functions. And, in the intention of the author, this aspect works for the social networks too. Writing the names of anything connected with social networks in slums of the Third World, the author points out the gap between the reality we still live in and the ephemeral world of self- promotion.

To Be Happy: Reality or Utopia?