Cosmopolitan, welcoming, mysterious, snobbish: an original and genuine portrait of the marvellous Mediterranean  center. Three Neapolitan citizens share their vision and experiences of the city they love so much.

There is a saying in these parts: Where logic ends, Naples begins. Naples is a city of nonsense and contradictions. Placed in an amazing natural setting, but often neglected; immensely rich in historical and artistic treasures that its inhabitants almost take for granted; rooted in its past and traditions, but open and welcoming to foreigners and visitors. Tough and captivating, lazy and intriguing, complicated and charming at the same time. Once you have lived here, our three interviewees agree, you can live, work and succeed anywhere in the world.

SOCIETY & LIFESTYLE
Beyond stereotypes (pizza, coffee, sun and sea) and actual downsides (traffic, corruption, bureaucracy, petty criminality), Naples is a very enjoyable and pleasant city to live in. Even though many Neapolitans decide to leave the city in order to study or work in northern Italy or abroad, many others are attracted by its immense cultural heritage, the result of different conquerors through the centuries. If, on the one hand, there are few companies and few big industries and thus not many work opportunities, on the other hand the city offers huge inspiration to painters, musicians, photographers and directors, who find in Naples a unique energy that flows into their works of art. Naples is a multiethnic city and, because of its history, very tolerant and welcoming to the foreigners who get to know it better than “simple” tourists, unveiling to them its most brilliant and creative sides.

“CLUBBING”
Similar to the British tradition, and still a strong and lively institution in the city, the “circoli” are private clubs usually linked to certain sport activities, mainly watersports like swimming, sailing and rowing, but also fencing, tennis, horse riding and golf. Circolo Italia, Circolo dell’Unione, Circolo Nautico Posillipo, just to name a few. Selective in their membership, these clubs are places to get together, socialize, practice sports and promote cultural initiatives. They are probably the most explicit expression of a certain Neapolitan character and spirit: snobbish, well informed, curious, light-hearted and sarcastic.

SAN GENNARO
One of the most powerful presences in the city, San Gennaro goes beyond religious belief, being part of everyone’s tradition and life. After incessant wars, plagues and the eruptions of Vesuvius, Neapolitans made a vow to San Gennaro, asking him for help and promising in exchange a new chapel that would guard his relics, curiously in the presence of a notary. From the beginning, the Chapel of San Gennaro’s Treasure has been managed not by the Church but by the most prominent families, and still is today. The treasure has recently been shown in a traveling exhibition in Rome, Paris, Brussels and Brazil, with enormous success.

STYLE AND ELEGANCE
“The sum of small details makes a man elegant. Never wear a light blue shirt in the evening, never wear a bright red tie.” So proclaimed Eugenio Marinella, founder of the brand and one of the protagonists of the well-known Neapolitan tradition in tailoring. Refinement and good taste are part of the Neapolitan character, but true elegance is much more than buying a beautiful item of clothing. It is knowing how to wear it with inner charm. In fact, genuine Neapolitan elegance resides in sobriety and measure, ultimately in culture and tradition, which are precious tools that direct a person in all aspects of his life, from the way he dresses to conversation, from his manners to making choices with bal- ance and wisdom.

RICCARDO IMPERIALI DI FRANCAVILLA. I began my career as a civil lawyer about 30 years ago, starting at my father’s law firm and working for communication, bank and insurance companies. Even before certain subjects in private and public companies were discussed, I turned my interest to business organization, privacy and data protection, firmly believing that organizational models within businesses can help to prevent certain crimes and corruption. I believe that law and the respect of rules can facilitate business; I am against quibbles and bureaucracy, which sadly afflict Naples and Italy in general.

To the foreigners who move here, Naples does not provide many opportunities in terms of jobs in big companies and industries, but its vast cultural heritage attracts artists from all over the world, offering them unique inspiration and a continuous cultural exchange.

Civil law specialist and founder of Gruppo Imperiali law firm, his fields of expertise are business organization, privacy and data protection, working for private companies, industrial federations and local authorities. He is a columnist and author of several publications for Il Sole 24 Ore and Giuffrè. He is a member of the committee that preserves and promotes San Gennaro’s Treasure in Italy and abroad. 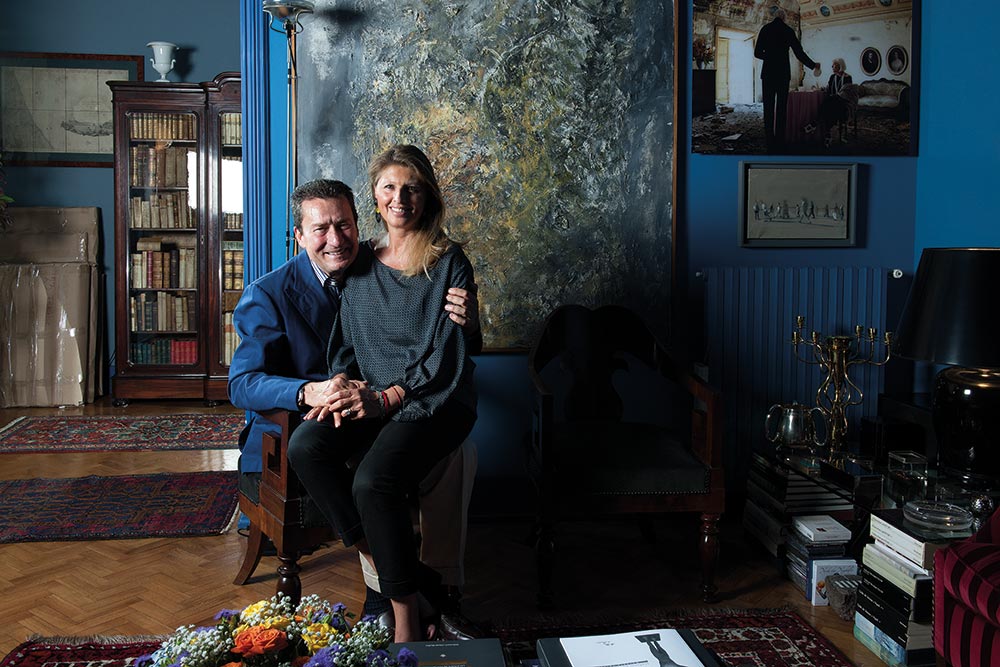 Riccardo Imperiali with his wife

Giancarlo Cangiano. Like my father, who owned a few analysis laboratories in Naples, I chose to study medicine, specializing in blood diseases and disorders and clinical pathology. After 15 years of medical practice at my family’s clinics, I decided to extend my entrepreneurial experience to different industries: work safety, environment, logistics. My passion for sport, particularly speedboat racing and offshore piloting, led me more than 10 years ago to establish my own team, “Operazione San Gennaro.” I recently launched a fashion sportswear brand named after it. I believe that commitment, fantasy and perseverance are the keys to success, no matter the business in which one operates. It’s not only politics but, more historically, the local middle classes that have contributed to creating a context that makes everyday living and working in Naples hard for Neapolitans themselves, and even more so for foreigners who want to move here. Nevertheless, we do have some specific centers of excellence, such as aerospace research or fashion, that attract foreigners to the town. And many others are drawn here by our immense history, culture and cheerfulness.

A physician for 15 years, and an entrepreneur in industries such as work safety, environment, fashion and logistics. A great sports lover, he played basketball until the age of 35, later turning to speedboat racing and offshore piloting. In 2003 he founded his team “Operazione San Gennaro,” dedicated to the patron saint of the city, which has won three world championships. 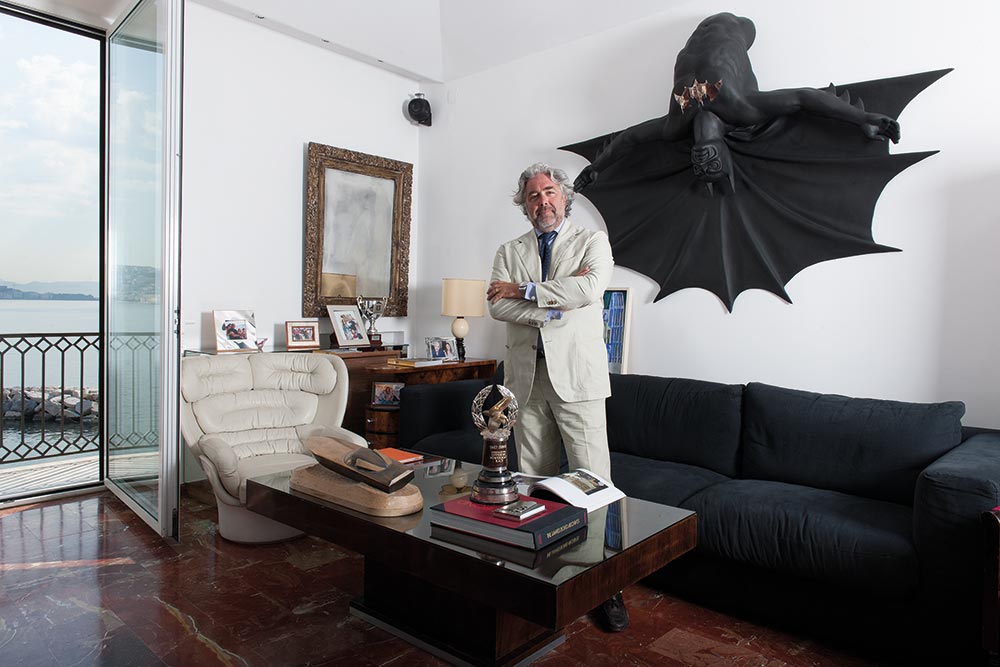 Maurizio Marinella (in the center). When I was only a child, I was “invited” by my grandfather, founder of the first Marinella boutique on the Riviera di Chiaia, to spend some time in the shop, in order to “breathe the atmosphere” and to learn the profession. Today I represent the third generation of the Neapolitan accessories brand, which mixes Italian style and British taste, and celebrates its 100th birthday in 2014. Passion, emotion, a convivial atmosphere and a positive message about what being Neapolitan means have made our history so successful. From Naples to all our boutiques in Europe, the United States and Japan, we always welcome our customers with a certain warmth that makes them feel at home.

Naples can boast centuries of history, great craftsmanship and manual skills, exceptional environment and climate, and a peculiar wit that makes us face life in an exceptional way. Which is, I think, the most precious baggage anyone who spends some time here takes away with him.

After his father Luigi and his grandfather Don Eugenio Marinella, the founder of the first shop in 1914 on the Riviera di Chiaia, Maurizio represents the third generation of the Neapolitan brand, a symbol of sartorial tradition and Italian style. Marinella ties, “truly Neapolitan” but with a “British touch,”are nowadays renowned and sold worldwide, with boutiques in Europe, the United States and Japan. 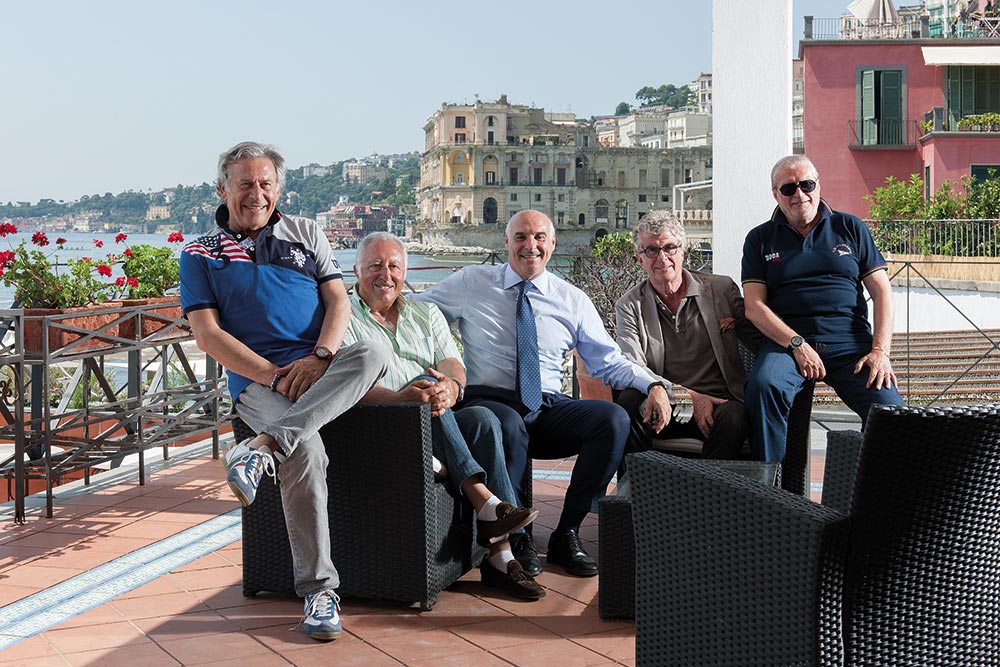 Maurizio Marinella in the center

The Netherlands, "The Bulb Fiction": The Art of Dreaming Naturally 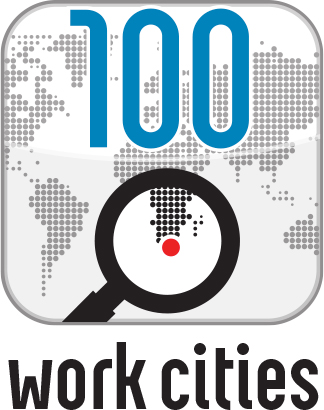 100work cities
where to work in the next decades.
explore all the guides