Trashcans, supercomputers, and the insider threat: corporate espionage practices include dumpster diving, rummaging through a competitor’s trash hoping to hit pay dirt, reverse engineering, and full-fledged cyber attacks. These threats have one thing in common: they come from the outside. 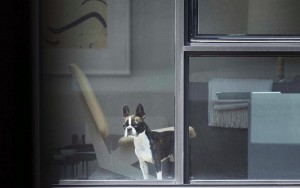 Inception, 2010’s blockbuster movie, took the idea of corporate espionage to a whole new level. Its protagonist (Mr. Cobb) is a spy who, according to director Christopher Nolan, “is hired by corporations to steal secrets they would otherwise never have access to.” He does so by entering people’s minds while they sleep and extracting valuable information. The premise is fictional, but the idea that a man with Cobb’s talents would have a long list of clients is everything but.

INFORMATION IS POWER
Success in business often means staying one step ahead of competitors, and this implies keeping tabs on what they are doing. “Competitive Intelligence is the process of ethically gathering and refining information enough so that it can be used to make a strategic business decision,” says Leonard M. Fuld, President of Fuld & Company, Inc. “It is not spying, which implies illegal or unethical activities.” Sometimes, however, the desired information cannot be obtained legally: intellectual property, trade secrets, marketing and business plans, R&D data, client lists, etc. When the game of competitive intelligence is taken too far, we enter the territory of corporate espionage (CE). But in a day and age where truckloads of data can be carried away on a microscopic USB key, companies must pay closer attention to what goes on within their ranks. “One of the easiest ways to gain access to company data,” says Christopher A. Hagon of Incident Management Group, “is to gain cooperation from an employee on the inside.” The classic scenario involves bribery, but sometimes information can be obtained from employees who inadvertently give it away (or are duped into doing so) because they do not recognize its sensitivity. A classic alternative consists in hiring away workers hoping that they will bring company secrets (disregarding nondisclosure agreements) or make the best use of the expertise they have gathered during their previous employment. Unhappy employees are easier targets in both cases, as the desire to damage the source of their unhappiness might prove just as strong a motivation as the prospect of monetary gain.

WHAT TO DO?
If you make sure nothing worth protecting ends up in your trash, even the most resilient dumpster diver will come up empty handed. A solid legal and technical framework of protection goes a long way to thwart external CE actions; control access measures such as data encryption and firewalls are obvious steps to be taken. The next stage, Hagon suggests, is employee awareness, “Firms should conduct periodic training and awareness campaigns,” he adds “to inform employees about the threat from industrial espionage and the importance of information security.” Employee surveillance, in the form of background checks and behavior assessments, is also acceptable when important secrets are at stake, but companies must seek a balance between necessary measures and big brotherism, or they might end up undermining the well-being of their employees and the atmosphere of their workplaces. Finally, some experts are convinced that the battle against CE must be fought more in the open. Pamela Passman, founder of CREATe.org and a former deputy general counsel for Microsoft, encourages companies to “talk more openly” about the issue and to “recognize that the company next door is having a similar challenge.” Some information is definitely worth sharing.

Big Brother is Watching You (Probably)

It is not unusual for employers to monitor employees’ computers or smartphones, but most of us don’t think about this during our work day and spend time in the office reading personal emails, updating Facebook or even checking out other employment opportunities.

WHAT’S AVAILABLE
Programmes like ActivTrak let you know what websites your employees frequent at work. TeleNav Track, an organizational tracking system, lets you monitor and manage remote employees from afar and get a detailed understanding of behaviour and a clearer sense of strengths and problem areas within your business. These tools, however, come with the potential risks of violating employee privacy, or creating a culture of paranoia.

INTERESTING DISCOVERIES
Ben Waber, CEO of data collection firm Sociometric Solutions says there are definite upsides to knowing what your employees are up to. Sociometrics uses RFID chips embedded in ID badges to track employee behavior, collecting data on everything from employee location to the type of interactions they have with each other. The company’s chips know where employees go on their breaks, with whom they interact in the office, even how they speak to co-workers and colleagues.

BETWEEN BOUNDARIES
There is an old saying, “Locks are for honest people. ”Since most crooks can bypass locks and management due diligence, using accounting methods is also for honest people. Employers can and should use accounting mechanisms at times, but without probable cause, they could be headed for trouble. Sometimes employers install keylogging programmes that record every keystroke you use on your computer, letting them see everything you are typing, including your passwords, a fairly intrusive practice. Many companies have written policies stating the company can monitor your email. If the computer system belongs to the company, it can monitor employee communications, even if you use a personal email address. So if you are sending inappropriate messages or confidential information, you will probably get busted.

INTERNET USAGE
Your employer is almost certainly monitoring your Internet usage. So, if you are checking out porn sites, YouTube or Facebook, your employer will know about it, and you may be violating a company Internet usage policy. Andrea Bonior is a clinical psychologist and blogger for Psychology Today. She says there are many workplaces that have cameras set up, but it’s rare in an office setting. They are more likely to be found in factories where companies are trying to gauge productivity. She says, “Certain corporations are very paranoid about what kind of intellectual property they might lose,” but that for a lot of companies, spying is just about the bottom line. “Companies are very concerned with wasting time. A lot of companies justify it by saying ‘we don’t have that much money.’ It’s either lay people off or increase efficiency.’”

CCTV AND MICROPHONES
Video surveillance is generally legal but must be used for a reasonable purpose, such as preventing theft, or maintaining security. In many cases employees will not know they are being filmed. Video equipment in the bathrooms is a definite no-no. Audio surveillance, however, is a different matter. It is illegal to record oral communication in a surreptitious manner without consent. Any recording must be done for legitimate business purposes, such as customer services, and if your bosses are recording you, you probably signed a consent form on joining.

THEIR PROPERTY, THEIR RIGHT TO KNOW
If you work for a company that you think is spying on you, make sure you moderate your behavior. Don’t send personal emails from your company account, don’t spend hours checking Facebook or playing Angry Birds. If you need to conduct non-related work during office hours, do it on your own smartphone or tablet. Jaffe says, “Recognize that you are in a fish bowl. The boss has every justification for looking at what’s on his property.”

Photos.  All photos are courtesy of the Julie Saul Gallery. The photos presented come from Svenson’s series The Neighbors. In this work the artist has turned outward from his usual studio based practice to study the daily activities of his downtown Manhattan neighbors as seen through his windows into theirs. Svenson has always combined a highly developed aesthetic sense viewed from the perspective of social anthropology in his eclectic projects with subjects ranging from prisoners to sock monkeys.