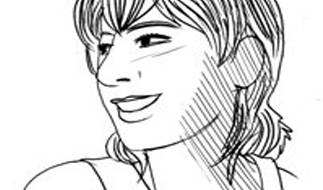 INSIDE OUTSIDE
But do families fully owning their business bring in non-family managers? In France this is rare with 44% of businesses being fully family-owned, and nearly the same proportion (42%) being family managed. In The Uk, by contrast, 51% of businesses are fully family-owned while 45% are family-managed. Part of the handover process also involves a temporary period of joint ownership between generations. This is especially the case in Finland where 55% of businesses that have been transferred are held by both the first and second generation family members. There also appears to be a shortage of potential successors within these owner-families. In only three of the eight countries surveyed will majority ownership be transferred to other family members. Moreover, family business owners do not always intend to pass their business on to their children. In five of the eight countries, the majority of those who plan to transfer or sell their business do not have their own family members in mind for future ownership. In France and Spain, only around one in four family-owned businesses are likely to be transferred within the family (26% and 27% respectively), while this number was slightly higher in Finland (36%), Sweden (38%) and in the Uk 39%. In Germany and Italy (both 78%) and The Netherlands (66%), ownership will be transferred largely within families.