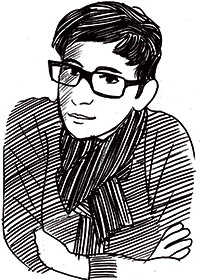 Nowadays, with an increased number of former conflict zones, we are seeing a growing trend of people undertaking new career paths as private security officers, sometimes referred to as mercenaries.

The word “mercenary” should be used discriminately to describe those who work in the private security industry. Simon Chesterman, Dean of the National University of Singapore Faculty of Law, says, “Though the term ‘mercenary’ today means motivated chiefly by the desire for gain, until around two centuries ago, mercenaries were very much the norm in European armies. Indeed, the Pope is today guarded by a contingent of Swiss mercenaries first retained in 1506.”
A male executive at G4S, a British multinational security services company, who prefers to remain anonymous, explains, “They are not soldiers, but private security officers who work in a wide range of support tasks, generally for governments, commercial organizations, and/or for humanitarian organizations, such as the UN. Their key operations are to complete defensive activities and not offensive. True, they may be armed; but if they are, it’s for defending their customers, and not for offensive, military-style activities.”
In reality, mercenaries have been outlawed in many countries, South Africa being the first to do so. Contractor companies now use different names. “In Britain and the US, it is unproblematic to hire a contractor to go to Iraq and do the laundry in the barracks, or hire perimeter security officers. But what do these people really do? Although illegal to use mercenaries in war action, they’re often hidden behind other job descriptions, so that those said to be perimeter security officers might in reality be leading military actions,” Chesterman concludes.

TO DO LIST
The range of tasks that are carried out by private security officers can significantly vary. “The extent of their ventures can be anything from protecting individuals and property belonging to a range of customers as well as providing guards; their job may be to provide risk assessment and protection of individuals going from place to place, also known as journey management.
That would be one end of it,” says Chesterman. “Another would be to secure facility management, which includes activities like protecting the proximities of a location that could be situated in a desert somewhere, for example an embassy.”
This is not all, as another set of tasks and activities includes, for instance, mine-clearance work or mine- action work, which consists of looking for, and then destroying, all stored armaments, such as mines, bombs, and/or guns. However, these professionals do not defuse bombs. That job requires specific military experts. Private security officers carry out this activity in zones where there has been a conflict, and the conflict is now over.
“Generally you won’t find these officers where there is a full-blown war. It is normally afterwards, because it is after a conflict that a country needs to be put back on its track and return to normality. So these employees need to ensure that life in such an area can get back to normal,” says the official. “For example, we worked in Cyprus, where there’s a huge amount of minefields, for over ten years. Our people’s job was to help remove mines from those areas.”
Those at G4S have also worked in an airfield in Afghanistan, as the executive recounts. “We were a mixed team of international experts and local mine-clearance officers, and we were clearing the Bagram airfield. We have also done operations in Southern Iraq. There were teams of international and local experts whose job was to clear the multiple areas where mines were planted, trying to reduce the risk that mines present, allowing companies to be restored and rebuilt, and restart their activity. This then helps to get the economy up and running.”

SKILLS AND TRAINING
The tendency is often to employ people with previous military experience, he explains. “Generally, this means people that have operated on a number of tours, which means that, for example, they have been down to Iraq or Afghanistan or elsewhere. What we want is maturity to do a job that’s primarily defensive. We want people mature enough to think and then act. The average age of our employees is about thirty-five, and our workforce consists of mainly British or Commonwealth soldiers who have proved themselves in operations before.”
This is not a simple job that can be done by any Tom, Dick, or Harry; and the people entering this line of work need to have previous operational experience.
“The last thing you want is people learning on the job. You want people who have been to complex environments, understand how to behave, and understand their skills. Everything is then seasoned with a high level of competency as well as a high level of integrity and a good level of teamwork,” says the official.
As far as training goes, there is nothing specific. All that is provided by the company is what is defined as in-country training. As the interviewee explains, “Clearly, every country and every situation where they’ll be operating will be different; therefore, we provide local culture training, but generally we expect people to be competent at that particular skill before they come to us.”
In order to become a private security officer, there is no specific path to take, no particular studies or degree needed by someone choosing this professional career. “One doesn’t need a degree, but operational experience in the military,” claims the executive.
The selection process is fairly comprehensive and follows multiple steps.
“They have to undergo medical examinations. They are then interviewed, their references are thoroughly checked, and we also run a criminal check, to make sure there is nothing there.”
On the management side of business, where people work from the company’s headquarters, sometimes G4S does some headhunting.
“We have a fairly good network of people. But for the operational side, we rarely use that. We publish advertisements in sector magazines or go through reassessment services to make sure we get the best people.”
However as the activities vary, the process changes. “For example, if one is going to be in mine-clearance work, one must show relevant and significant experience in that line of activity. However, if one wants to be a normal private security officer, one needs to apply to the companies or go to reassessment fairs. Once this is done, they are going to be interviewed; their references and previous experiences are going to be reviewed; and if that person is considered to be experienced enough, they’ll be hired.”

THE ISSUES
According to Chesterman, there are a series of issues to keep in mind. First, due to an extreme lack of regulations in the market, “The Montreaux document, initiated by Switzerland and ICRC, has tried to establish guidelines for compliance with international humanitarian law and human rights. But they’re still not sufficient, and many others are fragmented and completely unsuccessful.”
In his opinion, this is due to the fact that governments might not be interested in regulating the industry, because oftentimes they use private contractors for their military actions or in war zones. Another issue is accountability. As Chesterman explains, “During the latest war in Iraq, the second highest number of casualties was of contractors who to the outside wouldn’t appear as, for example, British or American soldiers. Using contractors means tolerating people using lethal force. It is naive to think that all military officers have morals, as it is naive to think that contractors are all immoral. However, it is one thing is to give the power of life and death to people who represent the authorities of a country, and another to give it to common people, in this case private military contractors. That’s a completely different story.”
Last, but not least, is legality. Chesterman notes that “It is frequently asserted that private military companies operate in a legal vaccum, but this is simply not true. In theory, at least, they’re subject to the law of the land where they are operating; but in practice these companies operate in places with weak, not to mention dysfunctional, legal systems.”

MONEY-WISE
There is no average salary, and it is really hard to figure out how much these professionals are making a year. The executive says, “As for the pay, it is really hard to provide an average because there are too many factors to consider. It depends on the job and on how much experience one has in the job. And then it also depends on how one carries out that specific job, as well as on the risks entailed in doing it.”

Statistics show the 10 most dangerous jobs of 2013

The US Hunting Tax Evaders