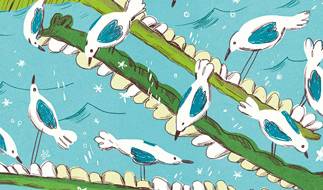 There was a time when employees came to work, endured all manner of internal rows and conflicts, and went home to kick the dog, snarl at the wife or hit the bottle. Perhaps all three. But corporations have pulled themselves out of feudal times and now rely heavily on problem-resolution policies and management, not just for the sake of the sanity of the workforce but also for the benefit of the bottom line. 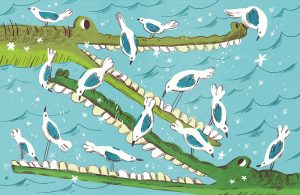 “Maintaining a positive work environment is one of the most effective, productive and beneficial things a company can do,” said award-winning journalist and author Bob Rosner, co-writer of the American syndicated column “workplace911.” “It can be difficult to maintain a positive attitude in the workplace. In fact, sometimes it can seem like Mission Impossible. But instead of falling victim to the negative work attitudes that surround you, make an effort to buck the trend. Look for the good in your co-workers and your workplace. By learning how to communicate with co-workers effectively, you will gain recognition as a force of positive attitude in the workplace.”

THANKS IS AN IMPORTANT TOOL
He stresses giving thanks as an important tool for resolving problems – indeed, even heading them off before they occur. “Thank co-workers for the work they do that makes your job easier – including the peers, managers and office assistants,” he said. “Even thank the security guard for making you feel safe at work. Cultivate a thankful, positive attitude in the workplace, and in return you’ll notice a change in how co-workers treat you.” “Acknowledge a job well done. One of our favorite ways to create positive energy at work is to give a ‘Most Valuable Player’ award. Once a month, stage a vote for the office MVP, asking each voter to include why their nominee should get the award. You can even have employees vote on what the award will be, from premium parking to a tiara or crown. A favourite quote of ours is: ‘A dead battery can’t charge a dead battery.’ Stop complaining about negative work attitudes and lend your own energy to creating a more positive attitude in the workplace. Be the office live wire!”

SUPPORT NEEDED FOR FULL POTENTIAL
At the ITS school based in Hong Kong, problem-resolution policies form part of the curriculum for business studies students. It says that merely possessing good problem-solving skills does not make people automatically use them to the benefit of the organization. They need encouragement, support and guidance in applying them to the organization’s problems. An ITS spokesman said, “As organizations grow they develop more complex management structures, which create hierarchies of responsibility and authority. Although this is important to the efficient management of the operation it can create barriers to people using their problem-solving skills. There are several steps that can be taken to avoid these barriers while maintaining efficient management:

• Reduce the constraints imposed on individuals by making rules and normal procedures and practices more flexible;

• Avoid anything which may frustrate an individual’s attempts to apply their enthusiasm for problem-solving;

• Give individuals responsibility for their work and the way they complete it, so that there is less double-checking and they have the freedom to develop more effective ways of working;

• Provide systems which allow people to see their ideas through from conception to execution;

• Ensure that procedures for interdepartmental communication allow individuals access (when warranted) to the information and resources of departments other than their own to give authority to every member of staff to suggest solutions to other people’s problems.”

GIVE REWARDS AND SETTLE YOUR CONFLICTS
And it too is a firm believer in the rewards system, believing that it promotes “originality and innovation. Research has shown that many people who leave a company to develop their business ideas do so because their attempts to do it within the company have been frustrated and not because their financial reward is insufficient. Their main incentive is achievement rather than money.”

KEEP IT POSITIVE
As well as maintaining a happy, and thus productive, working environment, companies large and small want conflict settled as quickly as possible to avoid litigation that can send costs spiralling into the stratosphere. Sven Voege, an employment specialist in Berlin, Germany, said, “The thought of legal action because of a spat at work terrifies bosses. Therefore it is in their interests – and the interests of individuals because of both the costs and the stress involved – to have conflict resolution before it gets anywhere near a tribunal or a courtroom.
“In Germany there is a shamful, almost institutionalized, bullying that goes on in many workplaces. By some estimates this costs companies in the region of five hundred to a billion euros a year to settle. This is an awful lot of money that would be better spent improving workplace efficiencies and paypackets. I advise companies, above all, to create a positive atmosphere at work, one where employees are treated fairly and not with disdain, where there is no sarcasm or Chinese whispers about performance. Some people will always have to be eliminated: I simply advise that they should therefore be stabbed in the front, not in the back.”

He offers a five-step guide to workplace positivism to head off conflict:

1. Promote communication. Good communication is the cornerstone of an effective working environment. Promoting two-way communication between peers and across hierarchical lines, establishing a strong network of communication, and having an open-door policy automatically make working much easier and more effective for everyone. Make sure all contributions are valued.

2. Empower employees. By giving as much freedom to employees as possible you empower them to work how they want to. People like a certain amount of freedom, and work is certainly no exception. All studies show this nurtures a positive, problem-free environment.

4. Create a team spirit. And nurture it. Statistics show that people are at their most efficient when they work in teams – a phenomenon called synergy, which states that the combined output of a team is more than the output of each individual added together. When people work in teams, they see themselves as a group that works towards the attainment of a common goal, rather than individuals competing against one other.

5. Provide a positive physical working environment. Light, space, ambient temperature, air quality, noise levels, the quality of the furniture – these are all real, physical things that go toward creating a happy workplace. Employers, he said, ignore these at their peril.

The Smart Business Trends website, which chronicles workplace trends, concurs, adding, “It is also essential to know that organizational culture – and indeed working environment – ‘comes from the top.’ An entrepreneur’s big responsibility is to create, develop and nurture the right kind of working environment for everyone to function in the organization.”