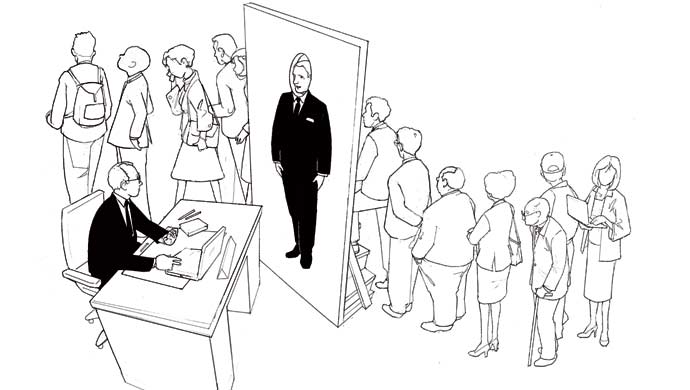 Identity in the workplace

The employer is the “commander in chief”, the person who organizes tools for production of goods or for supply of services by means of his own financial assets. He pilots his own concern by leveraging the available gears: the workforce amongst all. 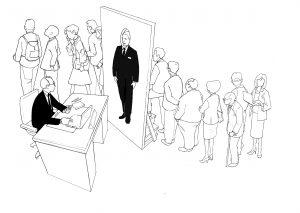 People are an essential requirement for an economic enterprise. Employer and employees are both fundamental to any concern, each of them with its own identity. An economic entity always needs somebody who governs it and somebody else who sustains a paid effort aimed at producing benefits for itself.

The work activity is acquired by the employer through an agreement with other people in exchange for money. The barter between work force and remuneration is the legal justification for the creation of specific rights in favor of the entrepreneur. First of all, the right of a correct fulfillment of the job: a proper performance by his own workers. Nothing is different – one would say – than what happens in the market place when a person or an entity pay for a service rendered by a third party. At the workplace, however, the employee delivers his working activity as part of the employer’s organization and this makes the difference. Workers spend a great part of the day at the work site under the directives of their employers. This means that the profile of the “employee-worker” – during work time – blends with that of the “employee-persona” pertaining to any individual at large. And exactly this coexistence of the two facets of the “employee-worker” and the “employee-persona” that makes the issue of identity at the workplace equally essential and complex. In summary, the question is to ascertain whether individuals have a right to their personal identity with in their dimension as “workers”. Or, rather, it is to establish whether the above mentioned barter of work in exchange of remuneration has somehow compressed the employees’ right to their identity.

THE IDENTITY OF WORKER

But how can we define the term “identity” and why is this question relevant to the success of a business? Identity is the consciousness of one’s own self, because consciousness – as philosopher Locke wrote – is the feature which characterizes a given person at one time. And “personal identity” is the condition under which a person is said to be identical to himself or herself through time. By recognizing that each worker has a right to his own identity, a reasonable expectation for employees to be the same person both outside and at the workplace would be acknowledged. The assertion of the employee’s right of being the same person (personal identity) does not jeopardize, however, the equally fundamental rights of employers to direct workers’ activity and, finally, to receive a proper performance. These rights, in fact, being substantially of an economic nature, might impinge on the “employee-worker” profile of the individual, while the other aspect of the “employee-persona” should not suffer any interference. In other words, a developed workplace does not constrain the personality of their workers; thus leaving a significant amount of freedom in how they construe their cognitions, motivations, and behaviors in various situations. By enjoying this freedom – even when framed around principles and policies determined by the employer on how to behave at the workplace – workers feel they are fulfilling themselves by doing the best they are capable of doing. They are able to realize their own’s full potential. This is why in the policy statement of the National Career Development Association – a US entity whose aim is to promote career development throughout the life span we read that “work is a major way for individuals to recognize and understand both who they are and why they exist in terms of making contributions to society that bring personal meaning and satisfaction to them.”

With the creation of a working space which allows the evolution of human personality, surrounded by an innate right to respect and to dignity, employers not only satisfy a moral requirement in achieving and maintaining a state of “wellbeing” at the workplace but also optimize their business opportunities. The fundamental impulse which is at the base of the economic system, in fact, is personal ability, both for the employer and for employees. The strengths of the individuals and the human personality are fundamental pushers of economic life. Because human talents, which is a patrimony of the individual – develop only when human personality has the opportunity to play his role in the social and economic arena.

The identity of the “employee-persona” will ultimately contribute to the formation of the business identity, both at the brand (brand identity) and at the corporate level (corporate identity) forming a sort of virtuous circle. Corporate identity as already mentioned in relation to workers – represents a distinct business culture: the corporate personality, reflected into the image of that business carried out in the market place. Only then will consumers start having a common perception that certain products and services are connected because they reflect a common business culture or business style; in other words, people start recognizing a correlation between business outputs and a specific “corporate-persona”. And the “corporate-persona” – on the other hand – allows its own employees to denote their sense of belonging. Enhancing identity at the workplace is a twofold process: creating a corporate identity by assuring an environment fertile for the expression of workers’ personal identity. Ultimately, is this not a substantial reason for economy to regain its focus on people, in its own interest?