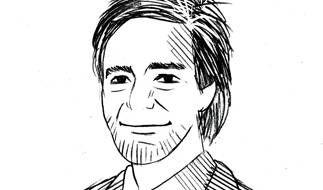 At the end of March 2008, Milan was announced the winner in its bid, following Shanghai in 2010, to host the 2015 World Expo. With its theme of “Feeding the planet, energy for life”, Paolo Glisenti outlines to Twsm the exciting decade that is ahead for Milan.

Milan beat the other candidate Izmir, a city in Turkey for the chance to host what is arguably the third largest event in the world in terms of economic and cultural impact. On its bid website, the Milan submission to the BIE (International Exhibitions Bureau), reasoned that: “Milan and its territory represent the ideal candidate, in Italy and in the world, for Expo 2015 because together they:
– are situated at the centre of an area of about 10 million inhabitants, the same as London or Paris;
– produce 10% of Italy’s GDP, a level equal to Brussels’ or Madrid’s, and have a per-capita income that is almost twice, and unemployment that is half that of Italy’s;
– register 40% of new innovation patents equal to Boston’s;
– sell 10 million tickets yearly for art, music and cinema, a proportion that is equivalent to Berlin, Amsterdam or Barcelona;
– house 650 fashion show-rooms, in competition with Paris and New York, and is the Italian centre for voluntary services and tertiary industries.”
In preparing for Expo 2015, € 2,300 million will be invested by the Italian and local governments, and the private sector to prepare the site and construct the necessary facilities. Moreover, investments in transportation infrastructure by public and private organisations are estimated to total € 7,300 million while 21 million tourists are expected to visit the event. For Milan to organise such a global event is a unique chance to create thousands of new jobs in the Expo area, to attract the most talented people from abroad and to raise the quality of its already globally-recognised skills base, particularly in the area of style and manufacturing design.
Human capital creation will be the most precious legacy of an Expo that can achieve the most enduring impact among other sport or cultural events because of its duration of six months and the permanent infrastructure that is require all over the city well beyond the exposition area. Construction of the Expo site will generate many direct and indirect jobs. These are, to a great extent, ‘traditional’ engineering and building construction opportunities. The Expo also generates demand for more environmentally-friendly building techniques and materials and their integration with advanced energy-saving technologies and systems. These will provide contractors and suppliers with the chance to move up the technological ladder.
Expo will also offer extraordinary opportunities for architects, planners and designers to be indissolubly associated with the iconic architectural and other visual representations the Milan of 2015 (and beyond) will project to the globe. The bidding process amongst architects, designers, and urban developers will not only generate new innovations relevant to the Expo’s theme of energy and food sustainability. Participation in these competitive bidding processes will also infuse young professionals with a skill set which they will take with them in professional life well beyond the Expo and 2015. The Expo will also require skills in the organizing and logistical support of events with its demand for a range of associated professions encompassing communications, advertising, marketing, sales, accounting, legal and administration. During preparation, creative talent, technicians, clerks and interns will be recruited and trained and will be expected to join organizational committees and the events management teams.
What is offered to new recruits is not only the chance of a (well-paid) job, but also the opportunity to gain an exciting lifetime experience. Current surveys point out that the local job market does not have enough professionals required for these projects. Milan, therefore, is now open to those, who are willing to move to seek these professional opportunities. Finally, this talent cross-fertilisation works both ways. Experience in working in Milan in general and for the 2015 World Expo in particular will be an exciting opportunity in participants’ work and personal lives.