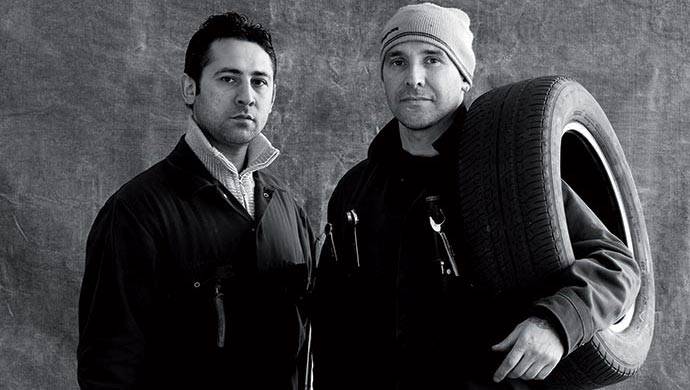 Did your Child Choose their University?

A diploma from a school that offers the highest quality academic programs can help a graduate land a good job as well as gain admission into the best graduate programs in the country.

THE BEST UNIVERSITIES IN THE US
by AMY J. BARRY
U.S. News and World Report conducts the most recognized and respected survey, based on 15 indicators of academic excellence. Each school is ranked using the same set of quantitative and qualitative measures, from percentage of students who graduate to opportunities for undergraduate research. Schools in the National Universities category offer students a full range of undergraduate majors, master’s and doctoral degree programs, and are committed to producing groundbreaking research.  All top ten universities are located in large and small cities from coast to coast. Harvard, established in 1636, is the oldest university in the nation and University of Chicago, founded in 1892, is the newest.

THE VIEWPOINT OF RECENT GRADUATES
Brian Howard Reed, Yale Class of 2007 received a Bachelor of Arts in theater and history. He is doing a paid internship at This American Life where he produces documentary stories. 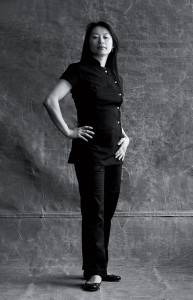 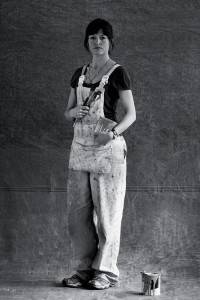 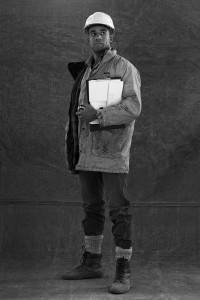 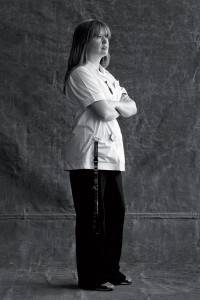 Previously, he worked as a Kroc Fellow at National Public Radio (NPR) reporting and producing stories and interviews for national and regional broadcast. “I loved Yale. I can’t imagine college any other way”, Reed says of his experience at the Ivy League college. “I think, however, that much of my fondness is due to the way I approached my time there”. Reed stresses that he specifically made it a point not to think of Yale as preparing him for a career and instead treated his time as “four blissful years studying the things that turned me on, developing deep friendships with the people that challenged me, and experimenting and exploring with as close to utter abandon as is healthy”, while, he notes, keeping up good grades by taking classes that interested him. After this internship ends, Reed says he’d like to keep reporting, doing radio, and also returning to theater, his major, in some capacity. “Anything I can do to avoid slipping into a rut”, he says. Daniel Andrew graduated from Harvard in January 2008 with a major in government. In his senior year, the young entrepreneur started Unofficial Tours,walking tours of Harvard and The Freedom Trail that the New York Times calls ‘The Daily Show of tours’.“We strive to entertain tourists through our ‘laugh and learn’ approach”, Andrew explains. He says his Harvard education fundamentally changed not necessarily what he thinks, but how he thinks. “My worldly knowledge in the arts and sciences is radically superior to what it was before entering college”, he notes. “The professors were phenomenal. To be surrounded by such immense intelligence was at once humbling and inspiring”. 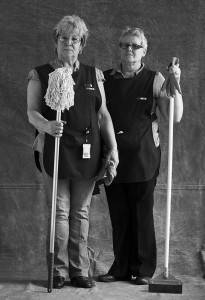 THE BEST UNIVERSITIES IN ASIA
By MAURICE NEO
Asian universities are an option when considering where to study as some Asian universities are ranked among the top in the world. No doubt an emphasis on education comes naturally to Asia with its traditional overwhelming respect for learning. Several factors are behind the surges by Asian institutions. These countries have invested heavily in higher education of late, and this is reflected in the improved quality in their top institutions. They have also attempted to internationalize their universities by hiring more faculty from overseas … this helps to improve their visibility globally.  These universities have also stressed the importance of their professors publishing in international journals, which has no doubt increased the visibility of their research. Despite having a total of only eight government-funded tertiary institutions, Hong Kong had five institutions in the top 200, up from four in 2008. With the ever increasing popularity of the global education system, the university ranking system of THES-QS serves as a guide for students on which universities to enroll. National University of Singapore President and Professor Tan Chorh Chuan said “To be consistently placed amongst the leading universities in the region and the world is testament to the significant contributions made by NUS faculty and researchers towards a high quality global education and cutting-edge research”. Commenting on the growing prominence of Asian universities, Professor Chuan said “the dramatic growth and vibrancy of Asia is attracting top students and scholars from around the world. The influx of global talents will further accelerate the stature and the standing of Asian universities”. Singapore’s Nanyang Technological University was ranked 18th. At the top is the University of Hong Kong, followed by the Hong Kong University of Science and Technology (HKUST).  Ranked fourth is the Chinese University of Hong Kong, followed by the University of Tokyo, Seoul National University, Osaka University and Kyoto University.

THE VIEWPOINT OF RECENT GRADUATES AND TEACHERS
For Andrew Teo, a recent graduate of The National University of Singapore’s  Lee Kuan Yew School of Public Policy, who has a first degree from New York, the rise of Asian universities will be in tandem with fostering leadership and innovation. He believes it is no coincidence that it will be tied with the degree of internationalization on campus. He said, “In Singapore our universities are fast catching up with the best in the West because old constraints of freedom of expression have been loosen and we have become more open to foreign ideas”.  “Little is known of our Singapore Management University (SMU) because it is relatively new and not promoted so much by the State as it is independent. But its graduates first pay packet far outstrip those from National University of Singapore and the Nanyang Technological Institute though they were first on the scene. SMU has benefitted from its willingness to be less stiflying of students’ free speech and not afraid to cultivate habits requiring students to be more than mere passive recipients of information; they have acquired habits of thinking for themselves even as their intake of foreign students are of better quality”. At the Korea Advanced Institute of Science and Technology (KAIST), “the aim is to be among the best not only in Asia but the world” says Kim Sung Chul, KAIST’s dean of academic affairs.  Now, Ewan Stewart is the only foreign professor. But the 33-year-old Welsh physicist will soon be joined by more foreign teachers in a bid to widen the university’s reach and be global. 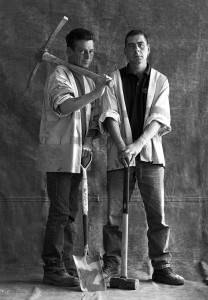 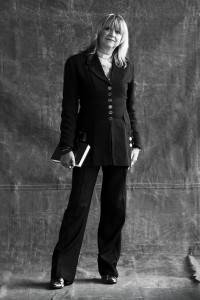 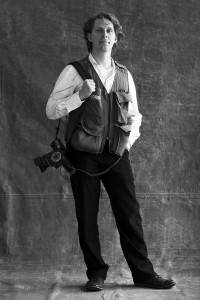 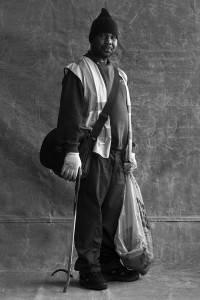 THE BEST UNIVERSITIES IN EUROPE
By RICHARD SCRASE
Chief executives at Europe’s leading centres of learning place huge importance on their global position in University League tables as they compete to attract the best staff and students from abroad, as well as maintaining their share of their own nations students. But how useful are tables such as the Academic Ranking of World Universities compiled by the Shanghai Jiao Tong University or that of the Times Higher Education (now created jointly with Reuters). In particular as they seem to understate European universities where most of the education is not conducted in English. The league tables also overlook important graduate institutions like the European Institute in Florence and significant regional universities such as the Central European University in Budapest.

THE VIEWPOINT OF RECENT GRADUATES AND TEACHERS
Perhaps to really judge a university we need to see what happens to their students as they graduate and then progress through their working lives. Berthe Jansen did her first degree as a mature student in Tibetan and Himalayan Studies at Leiden University in Holland and is now about to complete an MPhil. in Tibetan and Himalayan Studies at Oxford University in the UK. When asked what she thought made a good university she said“above all else it is the teachers. You can have wonderful resources and facilities but without good teaching you are nowhere”. What the league tables also cannot take into account are the courses that take place in more than one university. MESPOM is an Erasmus Mundus Masters course in Environmental Sciences, Policy and Management operated by four leading European and two North American Universities and supported by the European Commission. This course has excelled in opening up job opportunities to its graduates.  Marta Vetier graduated in 2007 and became an environmental impact assessment coordinator at a large engineering consultancy company in the United Kingdom, but after a few months she started to find it unsatisfying. “What disturbed me most was the business-interest perspective”, she says. “I felt that there were just too many trade offs in the field”. So Vetier joined Greenpeace in 2008. There, she monitors the activities of European institutions and prepares briefings. Marta compares her job to a dancing exercise. “There’s a certain beat that is given by the political agenda, and it is that beat that the decision-makers, the scientists, the industry, and the public interest groups, all try to follow”. 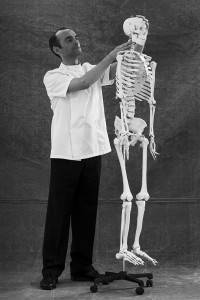 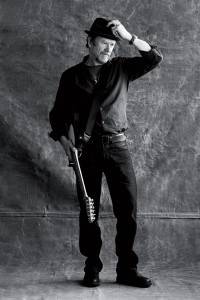 CREATING NEW JOBS
While students traditionally graduated and then moved on some universities are increasing their role in innovative start up companies, and creating jobs for and with their students. This is definitely the case at ETH Zurich. One recent spin-off, VirtaMed, has developed a product that simulates endoscopic operations. Until now doctors acquired knowledge and experience of operations only through accumulated surgeries. VirtaMed CEO and ETH Zurich engineer, Stefan Tuchschmid, says the advantages of this system are evident, “just as a pilot can use a flight simulator before flying, so can a doctor safely train with our simulator before operating on a person”. So to conclude, which are Europe’s best universities? The answer is still ‘it depends’, but whatever your criteria, Europeans are fortunate to have access to some of the best universities in the world.

PHOTO CREDITS
Students pay tribute to Irving Penn
This collection of pictures are a special tribute made by students from the London College of Communication to Irving Penn, ‘one of the most respected photographers of the 20th century’. The photo shoot took place over two days in April 2010. It was a recreation of Irving Penn’s 1950s ‘Small Trades’ project, in which he photographed ‘every day tradespeople against a plain background using natural light’. The students organized the entire self-funded project themselves: recruiting people to be photographed, the photo shoot, and the production and planning of the exhibition. The exhibition was featured next to Irving Penn’s current works at the National Portrait Gallery. The Work Style magazine includes this photo shoot to show what will be the future of some of the most brilliant students who attended the best universities in the world.