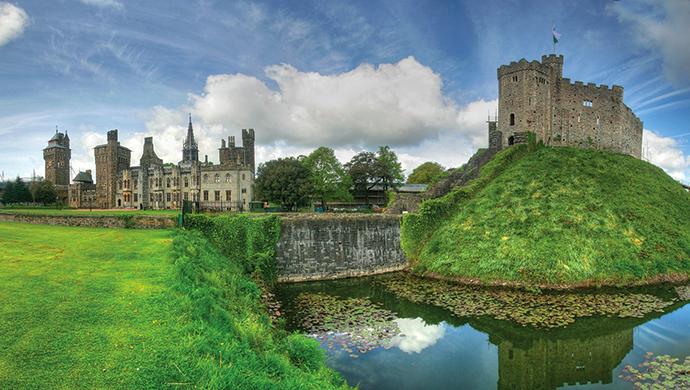 If we look at the mere data, there is no doubt: the share of the world’s population living in cities has surpassed 50 percent, and at this path by 2025 we will see another 1.2 billion people moving in to the urban perimeter – 95 percent of whom will be living in developing countries.

What kind of cities we will live in over the next years..? Is our destiny intimately and deeply connected to living in the cities, as we officially enter a new phase of “evolution” – human beings as ‘urban species’..? And what this will mean in terms of working conditions and perspectives..?

WHAT CITY WE WANT FOR THE FUTURE

The great debate that’s exciting media and opinion makers moves between the growth limits of existing cities and the design from scratch of new “smart cities” to be the most high-tech urban environments in the world. Saskia Sassen, sociologist noted for her analyses of globalization and international human migration, focuses on the need to “push the urbanizing of technology further and in different directions” mixing the best of architecture, science and technology to transform the city in an “heuristic space.” So the question is no longer about the amount of money needed to be invested in the most advanced technologies that can be used in “intelligent cities” like the Songdo International District – scheduled to open by 2015 near Incheon (South Korea). And is not even a matter of creating the best conditions to make cities laboratory for smart urban technologies that can handle the major systems and public services a city requires. Retrofitting old cities or building smart ones from scratch have exactly the same challenge to cope with: managing complexity.

The photo by Yalcin Sertkaya was taken near the Quadisha valley at the lovely town of Bsharre, Lebanon at about 1500 mt. 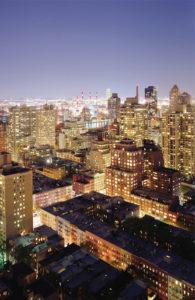 Whether is a system to connect ships anchored in port to the electricity grid, allowing them to turn off the diesel generators as it’s happening with the Amsterdam Innovation Motor, or the real estate that Singapore dedicated to the new Fusionopolis and Biopolis developments, to have a World-Class research hub in respectively Science and Engineering and bio-medical technology, we’re talking about a similar model of mixing public and private resources.

THE SLUMS ARE THE PAST – ENERGY EFFICIENCY – OF ACTUALS CITIES

The same model is called to mind in most of the world, especially in the “global south”, where high-density favelas have grown faster, building new slums when the existing ones are full, widening the borders of the city with an informal economy that very often can produce a big percentage of the “gross metropolitan product.” As Stewart Brand pointed out, this is the case for example of Mumbai, “a city of 17 million people, half is slum but it accounts for one-sixth of India’s domestic product.” And in this managing complexity city squatters can provide the kind of solution the “global north” is desperately looking for in the search of ‘sustainability’. “In town – reminds Brand – the squatters are the most efficient users of energy and materials. They recycle everything themselves, and provide extensive recycling services for the city at large. Dharavi, the biggest slum in Mumbai, has four thousand recycling units and thirty thousand ragpickers. All the great cities in the world once began as shantytowns. The difference now is scale and pace. London, Paris, Berlin, New York, and Tokyo continue to grow, but the new great cities—Lagos, São Paulo, Mexico City, Jakarta, Delhi, Shanghai, Karachi, Manila, Tehran, and many more—are growing three times faster and nine times bigger.” 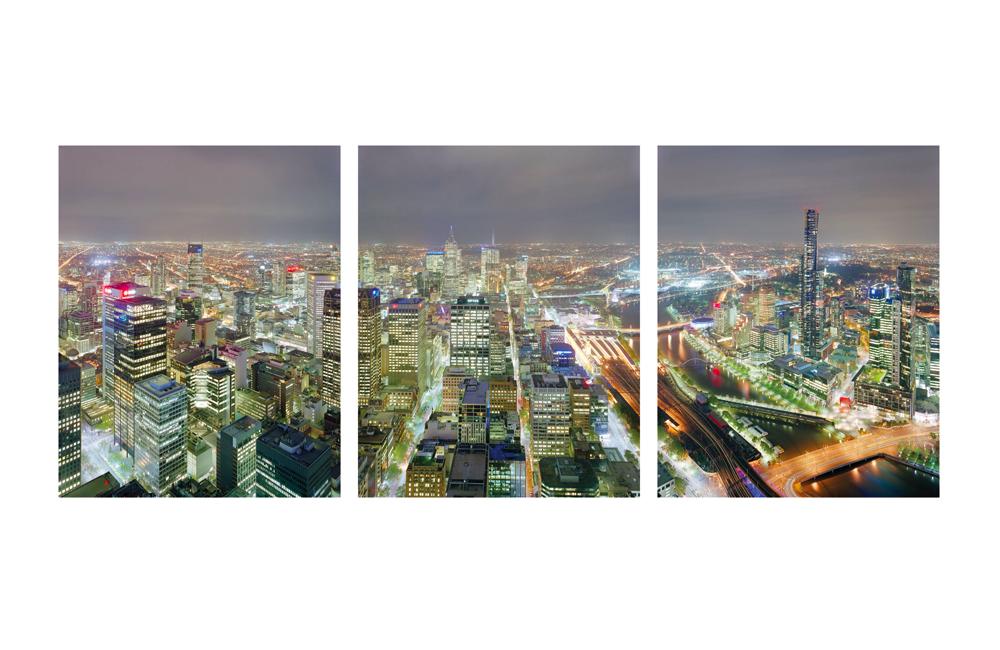 The experience of Alfredo Brillembourg (director of Urban Think Tank) shows that there are ways “to connect these informal community with the formal cities, allowing one to feed into the other.” Introducing a new approach to design and to urban policy, with the Sustainable Living Urban Model Brillembourg and his partner Hubert Klumpner transformed big pieces of Caracas, through an overhead cable-car extension of the city’s metro system that serves the San Agustin favela. Besides what is under everybody’s noses with the expansion of the “greater Tokyo” to a regional with about 100 million people thanks to the high speed connection of Shinkansen trains, Greg Lindsay and John Kasarda demonstrate the potential of modern infrastructures with “Aerotropolis”, their study of airports as a generative hubs of economic activity that allows cities to be ever more efficient as permanent and vital knots of the global economy.

But mobility is a declination of ‘mobile’ and that means more and more a whole package of networking system is made possible through digital connections and the massive use of ICT technology in virtual spaces. In fact mobility now more than ever regarded as the merging of physical space and digital domains, developing new kind of experiences thanks to the speed and capacity of exchanging data. These include the ones presented by Vodafone at the Mobile World Congress held in Barcelona on February 2011: “M2M communications – declares Vodafone advertising – is the networking of intelligent communications-enabled remote assets, that allows key information to be exchanged automatically without human intervention, and that covers a broad range of technologies and applications which connect the physical world to backend IT infrastructure. Cityness, urbanity, urban identity and culture more and more are linked to the use of digital technology, mobile and locative media. But what really happens when physical and digital spaces merges? To answer this kind of question the Mobile City research initiative started a series of events and an international network containing a range of themes that connects from architecture and design to media and work perspectives for a whole kind of professionals. Beginning a global analysis in Rotterdam in 2008, the Mobile City in Shanghai 2010 Expo has focused on “designing the Hybrid City”: dwelling (about the sense of “making oneself at home”) and the use of public sphere and spaces seem to be the two “spin” of a number of processes we have only started to consider, either from a theoretical point of view or from a pragmatic approach to workplaces, public services, private housing.

4 RULES FOR MANAGING THE GROWTH

“Managing the opportunities and challenges of cities is both vital and urgent as global urbanization rushes on a dramatic scale,” states the McKinsey Global Institute, talking about the real limits of city growth. Considering four main principles of effective city management (sufficient funding for running costs and new infrastructures, modern accountable governance, 1 to 40 years planning horizon and dedicated policies in critical areas), the MGI opens up a new outstanding scenario: “it is the ‘middleweight’ cities that will deliver the lion’s share of global growth. MGI suggest that around 575 middleweight cities (rapidly growing cities with population below 10 million) will generate roughly half of global growth.” 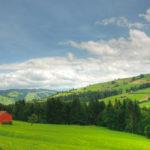 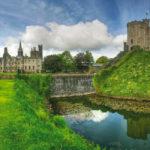 Toggenburg area in Switzerland; the medieval castle in Cardiff and Rosenburg castle in Copenhagen by Yalcin Sertkaya 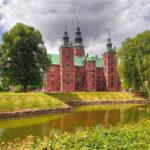 From country to cities. Parag Khanna, leading geo-strategist, world traveller and author of How to run the World: Charting a Course to the Next Renaissance, suggests a well defined scenario, rich of chances and opportunities: the 21st century will not be dominated by America or China, Brazil or India, but by ‘The City’.  In a world that increasingly appears ungovernable, cities — not states — are the islands of governance on which the future world order will be built.  Already, the world’s most important cities generate their own wealth and shape national politics as much as the reverse. In terms of economic might, consider that just 40 city-regions are responsible for over two-thirds of the total world economy and most of its innovation. To fuel further growth, an estimated 53 trillion dollars will be invested in urban infrastructure in the coming two decades. Moreover Khanna describes the times we are entering like a “new Middle Ages” season: “A thousand years ago, in the wake of the Crusades, European city-states emerged as the key engines of an important wave of commercial expansion, launching explorations that nurtured the development of the Silk Road, which ran East to West across the continent. The important hubs then were primarily in Italy, while today they are northern European ports like Hamburg and Rotterdam that aim to capitalize on industrial prowess and the renewed importance of shipping to rebuild the postmodern equivalents of the Hanseatic League. And while wealthy families such as the Medicis sponsored overseas expeditions and the urban values of the Renaissance, today it is technological powerhouses like Cisco, Siemens and ABB whose innovations are propelling their client cities’ infrastructure into the future”. Whether they are global hubs, mega-cities or gateway cities, all of them – explains Khanna – “share a growing sense of agency in their dealings with the wider world”. But the big deal is happening  in the gateway cities (like Cape Town, Dubai, Nairobi, Dar es Salaam, Tripoli, Baku, Almaty, Kuala Lumpur), that are competing most fiercely to brand themselves as emerging hubs, where experimentation in lifestyles and new sectors is actively cultivated, and which are networking among themselves to form new axes of exchange in finance, tourism, and other areas.