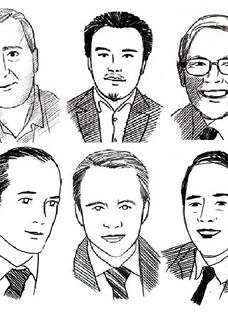 In one of the biggest economies in the world one should expect a job market open to workers coming from all over the planet. But China’s way toward a perfect trade-off between current social policies and the need for global talents is going to be long. 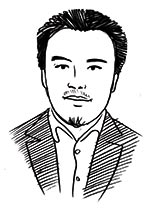 In one of the biggest economies in the world one would expect a job market open to workers from all over the planet. But China’s road to a perfect trade-off between current social policies and the need for global talents is going to be a long one.

In today’s globalized world where workers experience careers in different countries, a growing number of professionals are showing interest in China. The country is fostering a program aimed at inviting two million talented workers from abroad to locate to China during the period between 2011 and 2015. This includes, among others, 500 to 1,000 highly skilled foreign experts. The program is led by the former deputy director of state administration of foreign experts affairs, Zhang Jianguo. Despite the positive results of the plan, with 610,000 foreign experts coming to work in China in 2013, the country needs, in the very near future, several reforms to further encourage this trend. The reforms should affect visa policies and the protection of the legitimate interests of foreign expats, fighting against the desire of Chinese employers of privileged local talents. 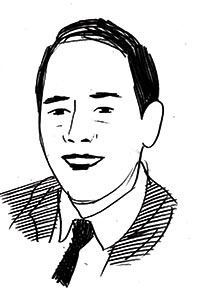 “In most cases, foreign professionals are sought in the beginning as they provide local businesses with added value through their expertise. However, once they acquire the know-how and distribute it to the company’s local workers, they no longer have the same attraction as on their arrival because locals can do as well, if not better,” says Wei Hsu, managing director of INS Global Consulting. “Local workers also benefit from the advantage of the language. The working language of the company is their native language, which is a big advantage that foreigners do not have. Communication always goes better with local workers.” “Very few companies now are looking for western expatriates,” agrees Brian Renwick, managing partner Greater China for Signium International. “In almost all cases local people are preferred because they understand the local language and culture in China. This can take many years for foreigners. Multinational companies sometimes post their own people to China as expatriates for various reasons, but they very rarely seek them from the market.” “As most foreigners don’t speak Mandarin (not to mention read or write Chinese), we look for mostly local people,” adds the principal consultant at Globalite Hunter, Robert Pao. There are also no doubts  for Richard King, MD of Michael Page Eastern China, who says, “Most companies in China are looking to hire Chinese staff rather than foreign talents wherever possible. Local talent typically has a better ability to communicate with a Chinese workforce and deal with Chinese customers or suppliers.” Although Chinese headhunter companies concentrate more on hiring Chinese people, foreigners are required by some domestic Chinese companies that would like to expand abroad, as underlined by Simon Lance, Regional Director of Hays in China. “Chinese companies in many industry sectors are seeking to develop their business abroad and bilingual expats are in a position to support such expansion,” says Lance. 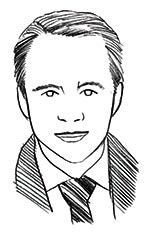 Although for years it has been an in-demand destination for experienced managers, in the last few years the situation has changed and young expats are now going to China in search of a job.

“Traditionally, foreigners moving to China are mostly mid-to senior-level professionals who are transferred internally in multinational companies, but in recent years we have seen more junior-level expats relocating to China to seek new opportunities in this dynamic economy,” affirms Simon Lance. “Previously the majority of expatriates moving to China would be on assignment from their company, to take on a role with a subsidiary in China,” underlines Mick McGeehan, director of J.M. Gemini Personnel Ltd. “Over the last few years we have young expatriates finding roles in the service industries and education.”

“Actually, many people don’t know that only highly skilled experts are sought and as a result the market is currently saturated with freshly graduated young professionals without experience who came to China in the hope of finding a job. All of them have heard great things about the country and the opportunities it offers, and they arrive with the certainty that their overseas profile and their degrees obtained from the most respectable Western institutions of higher education will give them a major advantage compared to other candidates. But this is no longer true,” comments Wei Hsu. 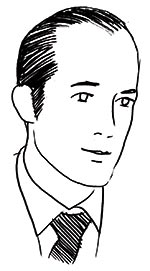 THE WORLD WANTS TO BE CHINESE

Taiwanese, Malaysians, Hong Kong people, but also Spanish, Italians, French and Germans−Workers coming to China for job reasons are from many different countries, although the largest groups of people serving as expats in China are above all Chinese-speaking Asians. “Headhunter companies like ours are often asked by companies to find people from these groups of expats,” says Brian Renwick. “To a foreigner, the benefits of a career in China are not negligible although they are often accompanied by drawbacks,” comments Hsu. “They manifest a mix of fear and curiosity−curiosity to discover a new culture and fear of not being able to adapt−and the language barrier is also a matter of concern.” “Whereas a few years ago it was hard to persuade someone from Hong Kong, for example, to move to mainland China, today it is much more normal. Even then, there are a good many Hong Kong people who do not like to work on the mainland,” adds Brian Renwick.

But in some cases, expats’ expectations are fulfilled and they find living in China a great opportunity. “Many expats see the huge potential that China offers them and see it as an exciting place to live and work,” says Richard King. “A visit to most first-tier Chinese cities by expats usually surprises on the positive side with many people being surprised at the quality of the infrastructure, housing, children’s education and overall quality of life.” 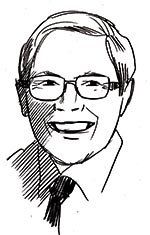 A high level of education and training, a complete professional experience, knowledge of the Chinese culture and market, a long-term commitment to China, but the key factor is represented by a real “China experience”. “China experience is foremost and, of course, you can’t get that until you have had several jobs in China! The other main factor is cultural adaptability, and this is sometimes hard to establish for expats,” explains Brian Renwick.

“Chinese language skills (written and spoken) are a prerequisite for most externally hired positions in China. After this, an understanding of the Chinese market and culture combined with the relevant technical and softer skills to meet the company’s requirements are usually expected,” reminds Richard King. “Demand for senior technical candidates remains high in IT, accountancy, finance and banking,” says Simon Lance. “Employers want expats with relevant experience and a proven track record to manage businesses of scale or complexity. Western candidates who are looking for opportunities in China also need to demonstrate a genuine and long-term commitment to China.” 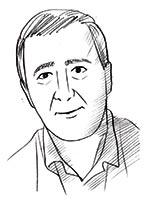 The main issues encountered when Chinese companies hire people from outside the country are around cultural factors, which can also be an obstacle for the overseas Chinese and returning Chinese citizens, confirms Richard King. Moreover, difficulties faced in daily life also have an impact on professional ones. “Many people say that the oversized cities like Beijing or Shanghai don’t provide an easy life framework and there is, in addition, the issue of the working visa and residence permits that must always be in good standing and renewed at the end of each of their contracts with their company,” points out Hsu. Immigration policy restrictions are in this way a big obstacle in attracting foreign workers. “Applying for an employment visa or work permit for an expat now requires higher standards, and taxation is another issue that overseas candidates need to investigate before accepting an offer,” explains Simon Lance. “There are many logistical issues to take into consideration,” affirms Trevor McCormick, managing partner of Foster Partners. “Kids into school, housing, dealing with the air pollution, transportation and many others aspects of life.”