Ask CEOs to pick their favorite color and what they select will often be very different than what most people would choose.

For example, when 877 members of USA Today’s CEO panel took an online personality color test, they were three times more likely to favormagenta than the public at large, three times less likely to select red, and 3.5 times less likely to choose yellow. This, it turns out, is more than a curiosity. Psychiatry professor Rense Lange, an expert on tests for everyone from students to job hunters to those with early signs of Alzheimer’s disease, has been looking hard at color tests. He has reached the conclusion that the results all but prove that CEOs are wired differently.

SELF-ASSURED, DOMINANT AND PERFECTIONIST
CEOs are often wired in counterintuitive ways. For example, the color test shows that the typical CEO is more sensitive and private than the typical person and is less likely to be a perfectionist or to be dominant and more likely to be emotionally unstable. CEOs, it turns out, are not as self-assured as the public at large, and they are more cooperative and less forceful than the typical person, says Dewey Sadka, who has spent the last 15 years refining the color test completed by the 877 current and retired CEOs and chairmen. The heavy response from USA Today’s CEO panel provided a significant database that was then examined against 750,000 others who have taken the online test.

A 60-SECOND TEST
The test takes about 60 seconds. It is almost entirely visual and asks people to click on colors, sometimes ordering as many as 15 colors from favorite to least favorite. The results turn out a personality profile that is far from perfect, but is proving to be as valid as more established and lengthy verbal tests such as Myers-Briggs and the Gallup StrengthsFinder. The results can steer people toward a career that matches their personality and strengths with jobs they might find enjoyable. Unsurprisingly, the CEOs as a group were suited for jobs in upper management, but they also were better suited than the average person to be social workers, artists and teachers. Lange said that this made sense because the ability to motivate is important to both teaching and running a corporation. “CEOs see the big, bold and colorful picture and help others see the vision as well”, said test-taker Edward Jennings, CEO of Copanion, which provides tax professionals with Web-based applications. “Leaders are storytellers, teachers and investors”. Administrative assistants might be surprised to learn that the color test indicates that the typical CEO is well-suited to be an administrative assistant. Jake Geleerd, CEO of Chicago real estate company Terrapin Properties, offers an explanation: “It’s because CEOs probably had their assistants take the test for them”, he jokes. But Marion Sandler, a former Fortune 500 CEO at Golden West Financial, took the test for herself and learned that she might enjoy a job as secretary, paralegal, clerical worker or bank cashier. “It made me laugh”, Sandler said. “When I was 8 years old, I aspired to be a sales clerk, but then I grew up”. If CEOs might make good teachers and administrative assistants, might teachers and administrative assistants make good CEOs? “I wouldn’t be surprised” Lange says. However, the test warns that people will find job recommendations below or beyond their capabilities.

A NEW WAY TO DISCOVER POTENTIALS
Lange says no one knows why so much can be learned about a person by the colors they choose. Those answers are buried deep in neuroscience, he says, but it’s just a matter of time before marketers will be able to target products to consumers based on color preferences. Color tests are much easier to administer than something like Myers-Briggs, and color tests aren’t easy to influence. For example, someone applying for a job as a police officer might attempt to game a Myers-Briggs test by guessing the correct answers, but they would have no idea how to rank colors. Color tests can also be quickly expanded worldwide. Vijay Eswaran, the Malaysian executive chairman of QI Group in Hong Kong, took the test for USA Today and said that it accurately described his personality, though he was taken aback by potential jobs he would be good at: mechanic, emergency room supervisor and telephone technician. “The suggestion that I might have made a good dental assistant made me pine for lost opportunities”, said Phil Libin, CEO of technology company Evernote. CEOs were promised that their individual results would remain anonymous, and it’s unknown what percentage believe the test accurately reflected their personalities. Some who volunteered comments said they were unconvinced. Bruce Clarke, CEO of consultancy Capital Associated Industries, likened the color test to a “horoscope or astrological sign analysis”. 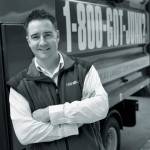 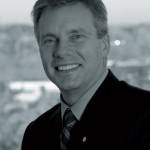 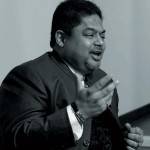 SOME CEOs SOLD ON RESULTS
But most CEOs who provided feedback said the test was eerily accurate, including Greg Babe, CEO of Bayer, and Hamish Dodds, CEO of Hard Rock International. “I was floored”, Dodds said. “I must say I was very skeptical, but it does a darn good job of summing me up”, says David Haffner, CEO of manufacturer Leggett & Platt. “I wonder what I’d be like if I liked lime green and purple?” “It identifies the tension in my personality between facts and creativity”, said James Fugitte, CEO Wind Energy. Of the CEOs who took the test, four men and one woman said they are colorblind or partially colorblind. Those include former Southwest Airlines CEO Howard Putnam and Brian Scudamore, who founded 1-800-Got-Junk 20 years ago and now has 300 locations in three countries. “I’m colorblind, yet the results were still bang on”, he said.