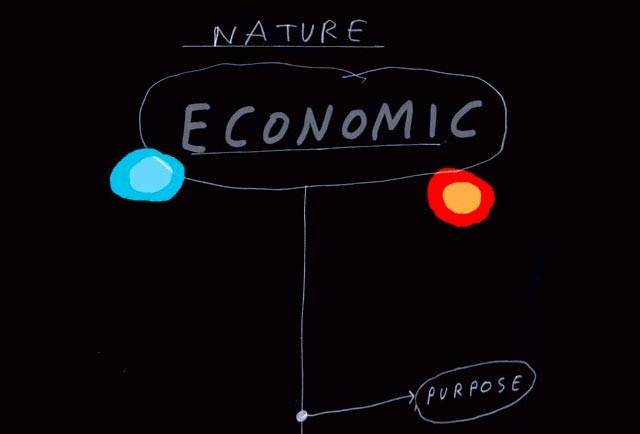 Today everybody wants to know about the current economic and financial crisis. Governments all over the world are working to try to solve the crisis, even with sometimes unconventional but innovative approaches that draw attention to parallels between the financial and the natural world. The global crisis has made clear that psychological forces are influencing the wealth of nations. As the economists George A. Akerlof and Robert J.Shiller stress in their book “Animal Spirits”, noneconomic motives are driving financial events worldwide. These two acclaimed experts highlight the fact that economic decisions are affected by people’s impulses and emotions, the so-called ‘animal spirits’. Five different examples of ‘animal spirits’ that they point out include confidence, corruption, money illusion, stories and fairness. It is not only the study of human psychology which offers useful lessons on how to manage systemic financial risk. The field of ethology may also prove useful. A few months ago Mervyn King, the Governor of the Bank of England, sought advice from Lord Robert May, a zoologist, Professor at Oxford University, a recent President of The Royal Society, as well as a past Chief Scientific Adviser to the Uk Government.

GOOD REASONS TO THINK ABOUT THE BIRDS AND BEES
Mervyn King was right in his thinking about ethology, the scientific study of animal behavior alongside other subjects like zoology, epidemiology or ecology. “There is a common ground for analyzing financial systems and ecosystems, especially in the need to identify conditions that dispose a system to be knocked from seeming stability into another, less happy state,” noted Nature, the international weekly journal of science. In February 2008, Nature published a paper “Ecology for Bankers”, co-authored by Lord Robert May, Simon A. Levin and George Sigihara who argued that the management of fishery stocks provides some ideas on managing the financial system. According to Simon A. Levin, Professor in the Department of Ecology and Evolutionary Biology at Princeton University, the field of ecology might offer useful lessons about how to manage systemic financial risk. “The animal kingdom-as professor Levin clarifies-gives us some tips about collective behavior and about contagious spread. People, like other animals, imitate one another, leading to herd-like behavior and the stock-market provides much evidence of this. Moreover, behaviors spread, like infectious diseases or forest fires.”

INTERDISCIPLINARY APPROACH
One lesson of the recent banking crisis is that too much attention was focused on monitoring individual banks, without considering how they might interact. As May, Levin and Sugihara note “for the past half-century, investments in fisheries science have focused on management on a species-by-species basis (analogous to single-firm risk analysis). Especially with collapses of some major fisheries, however, this approach is giving way to the view that such models may be fundamentally incomplete, and that the wider ecosystem and environmental context (by analogy, the full banking and market system) are required for informed decision-making.”

HOMOLOGATION MEANS EXTINCTION
The Bank, for its part, is already trying to extend the lesson about fish to contagious diseases and its implications to the banking system. In April 2009 in Amsterdam, Andrew Haldane, Executive Director of the Bank of England’s Financial Stability Unit, published a paper comparing the Sars (Severe Acute Respiratory Syndrome) epidemic and the recent collapse of Lehman Brothers. He noted that the dynamics of the modern financial network make it both ‘robust and fragile’, a property exhibited by other complex adaptive networks, such as tropical rainforests. While the financial network looked diversified, individual finance houses had pursued strategies uncannily similar to each other – meaning that all were vulnerable to collapse once the system reached a ‘tipping point’. He concluded that if future systemic dislocations are to be averted, financial regulators might do well to examine three areas which were the cornerstones of the effort in responding to the Sars outbreak in 2003. The first initiative is to gain a better understanding of network dynamics, which in the banking field translates to a mapping of the global financial network and communicating to the public about how it works. The second response is to ensure appropriate control of the failure of large interconnected institutions. Thirdly, a restructuring of financial networks could learn from the experience of engineering networks. The widespread implementation of ‘central counterparties’ and ‘intra-system netting arrangements’ would artificially reduce the tendency towards system homogeneity or movement towards the tipping point. When interviewed by Twsm, Professor Levin further notes that the analogy between financial systems and fish, tropical trees or pestilent diseases might also be fitting to other aspects of social systems. “Collective behavior and contagiousness lead to the rapid spread of fads and to changing attitudes towards things like smoking or birth control” says Levin. “We are in front of an umpteenth proof that we’d better listen more to nature” he concluded.