In the last few years, from America to Europe, two-wheels have become hip, especially for urban workers. Many companies seem to be aware of pedal power, joining policies of bike-sharing for their employees. 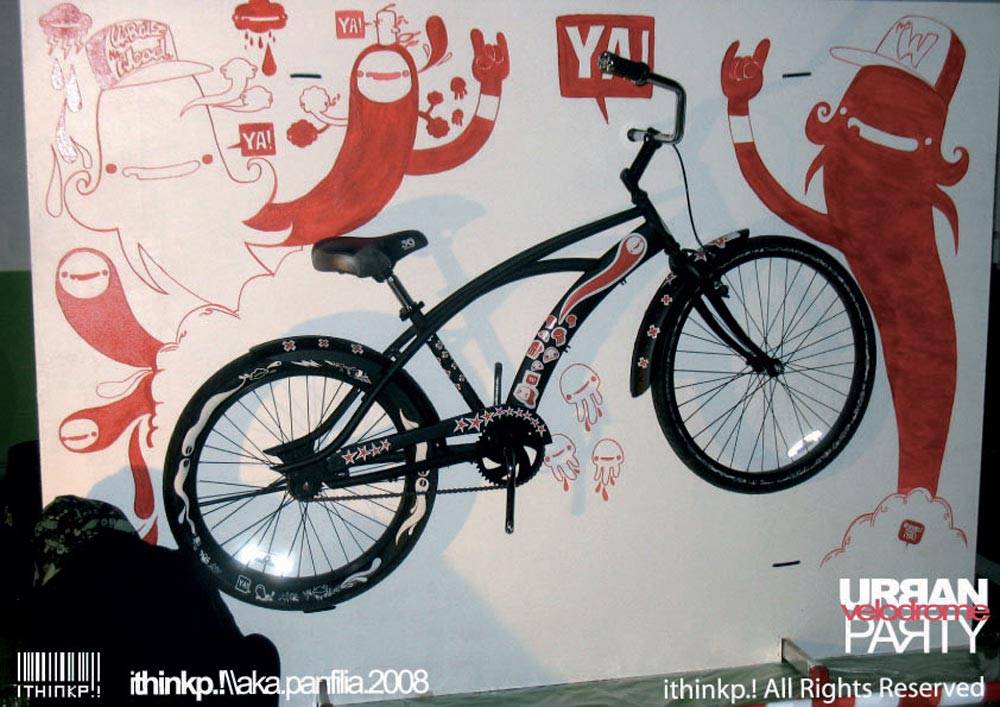 One of the murales realized during The Urban Velodrome Party, the special event that took place in Milan in the occasion of the 2008 Bicycle Film Festival

Riding a bike is an active easy way to increase your fitness level, help reduce traffic congestion and minimize the production of global warming pollutants. From New York to LA, from Tokyo to London, cycling is enjoying a rebirth as a way to get to work. In the last few years, employers and office managers have been promoting cycling to employees or visitors in many ways, including providing facilities, information and incentives. There are two counter trends however. In the rapidly modernizing megacities of East Asia, the growth of consumption has been accompanied by increases in the number of privately owned cars. China continues to be the world’s fastest growing automobile market and the ‘bicycle kingdom’ could become a historical artifice at some time in the near future. In the more established industrialised countries, however, there are trends towards reduced numbers of cars in favour of bike-sharing, car-sharing and greater use of public transport.

THE FIRST STEP IN FRANCE
In the summer of 2007, Vélib (vélo libre or vélo liberté) was launched by the Paris City Government as a free bicycle scheme and was met with immediate success. On the first anniversary of Vélib, statistics showed that riders took 27.5 million trips in the program’s first year, with that rate doubling to its current 120,000 trips per-day. The program includes 20,600 bikes and involves 1,450 self-service rental stations that are available every 300 metres. Such programs suggest that bike-sharing should not be oversold as a solution to climate change, but instead should be seen as part of the movement toward green, liveable cities that prioritize citizens over cars. Other similar initiatives have followed this French example such as Milan and Barcelona. 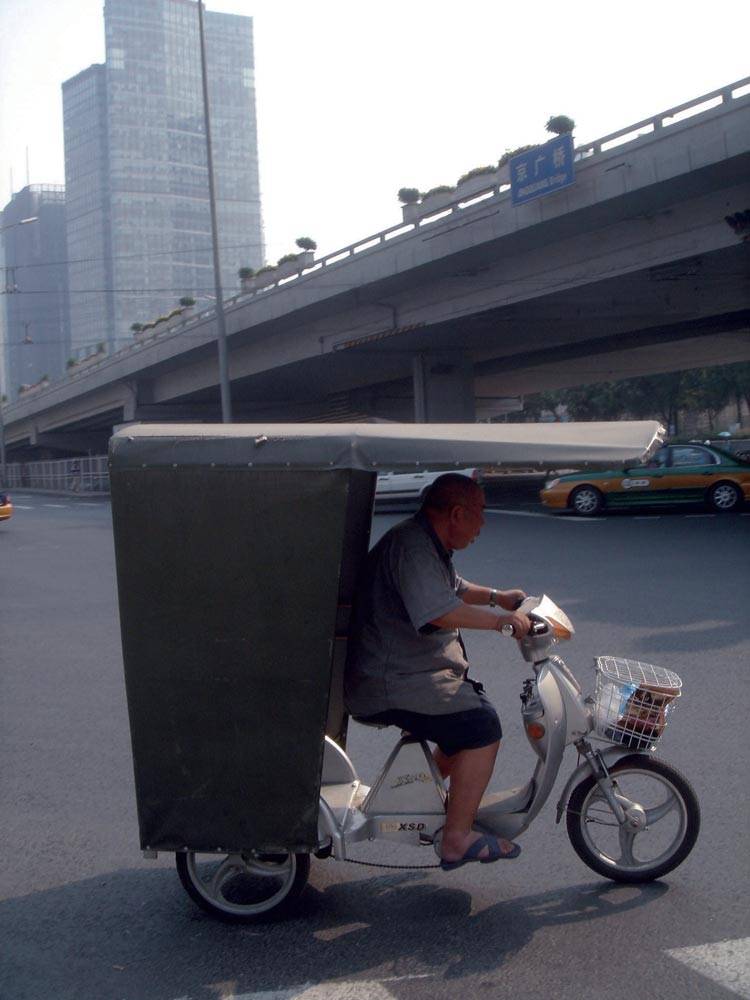 BIKES RULE SAN FRANCISCO STREETS
The San Francisco Bay Area’s 15th Annual Bike to Work Day took place on Thursday, 14 May 2009. Bike to Work Day is the premier bicycling event taking place in all of Northern California with all nine Bay Area counties participating in the celebration. The event is just one day of many taking place in May as part of National Bike Month. An estimated 150,000 commuters and students hopped on their bikes. The event promotes cycling as a form of exercise as well as a viable form of transportation.

GOOGLE STYLE
The web search giant has provided staffers with a catalogue from which they can choose free bikes and a kit. Google is a huge supporter of bike commuting. At Google, cyclists can get Google-branded bike goodies such as monthly onsite bicycle tune-ups, classes on basic commuter skills, bike maintenance, touring, even tips on how to ride a bike. Googlers in 42 offices from around the world also celebrated the Bike to Work Day on 14 May 2009. Google’s participation in this national event began in 2003 with only a handful of participants. Through the years, this tradition has grown from a purely local event to one that involves numerous offices in competition to achieve goals that include the longest distance biked, the largest number of cyclists, or the highest rate of office participation. In addition to benefits of personal health and fitness, cyclists also spare the earth one day of pollution.

BNP PARIBAS: SHARED BICYCLES FOR A BETTER PLACE TO WORK
In Bnp Paribas’ Milan branch, ten bicycles have been bought and branded with the Bnp Securities Services logo and are at the disposal of employees. Anybody can book one and use it ‘intraday’ for short journeys during lunch time, to attend a meeting, or visit clients. Bnp Securities Services is the first company in Milan offering this benefit and employee satisfaction has noticeably improved with all bicycles being used almost every day during summer. “Moreover the Bnp Paribas brand visibility has increased and is associated with respect for the environment,” say Dario Resnati, Head of Information Technology, and Roberta Fontana, Local Marketing and Communication Manager for Bnp Paribas Securities Services in Milan. The bikesharing initiative emerged as a proposal from an employee and this program has been implemented in the Lisbon and Frankfurt branches of Bnp Paribas. From the Lisbon branch, Bernardo Silva, Product Manager, informed Twsm that the bicycles were presented to the staff last Christmas and has been met with great success. “It has made Bnp Paribas in Lisbon a better place to work.” Silva further added that the company applied to be ranked by the Gptw Institute in Portugal and achieved a ranking of 30th spot amongst the best companies in which to work in Portugal. “I am sure the bicycles made a small contribution to this achievement” he reflected.

The Road to Corporate Social Responsibility