Where to go / what to do
If you want to rent you can only register for local authority housing after arrival in the Netherlands and must wait for a house to be allocated to you. Be aware that waiting lists often exceed three years. Housing is relatively cheap (€400 to €800 per month, unfurnished). However, to qualify for this type of housing your income generally cannot exceed a certain amount. Housing Associations provide slightly more expensive housing than the municipal agencies and again have long waiting lists. You need to register on arrival. Estate agents and “high street” housing agencies manage private rental housing. The rental price for these houses is considerably higher than accommodation found through a municipal agency or an association, but in general these houses are available for immediate tenancy. Although it is probably better to rent for a while before buying a house, the difference in monthly payments can make purchasing an attractive option for those staying longer. The difference comes largely from the fact that the Dutch government repays some of the mortgage interest as tax relief. You should also be aware when buying a house that costs of purchase (including taxes) total around 10% of the cost price, and are paid by the buyer. 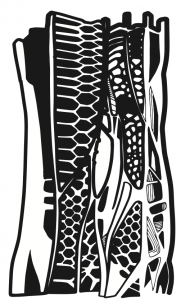 Here some useful links you may need to solve any domestic problem:

Small towns close to the city